John McPhee out for rest of season, but bags Honda ride for 2017 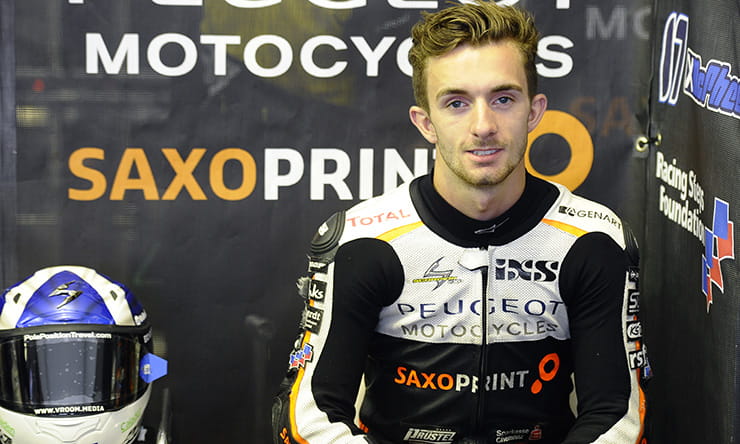 Moto3 race winner John McPhee will miss the remainder of the 2016 season after his horror crash in Phillip Island, but the 22-year-old Scot will have his best chance yet of lifting the title in 2017 after securing a competitive ride on a British run Honda.

McPhee highsided his Peugeot while running in the leading group on Sunday’s race, causing the race to be red flagged. In addition to a broken thumb, further examinations in the St. Kilda Alfred Hospital in Melbourne revealed that both of John's lungs were perforated in the crash and that he has lost around 40% of their function. While the injuries will heal naturally, the racer has been advised against flying for up to five weeks, meaning that he will be stranded in Australia until fit to travel.

The injury also means that he will miss the final two rounds of the season, in Sepang and Valencia, as well as potentially missing out on an end of season shakedown on the Honda.

Details of the Honda ride are still being confirmed, but it is understood that Dorna, organisers of the MotoGP World Championships, have put the deal together. Dorna released details of the teams for the 2017 Moto2 and Moto3 classes earlier today, with a solitary Honda allocated for ‘GB Team’ in Moto3 and sources close to McPhee confirmed that he will ride for the team, which is rumoured to be backed by broadcaster BT Sport and run by McPhee’s existing crew chief Mark Keen.

The ‘GB Team’ looks like being a real shot in the arm for British racing. The entry has been backed by Dorna, who are keen to get a conveyer belt of British talent through the system into MotoGP. Similar national teams are already in place in both the world and junior world championships, most notably the Sky Italia-backed VR46 squad, Spain’s Monlau Competition team and the Asia Talent Team.

Although plans for the team are understood to be at an early stage, if the project is a success it should not only provide McPhee with his best shot at the title but also give a platform for young Brits to take the jump into the world championships.