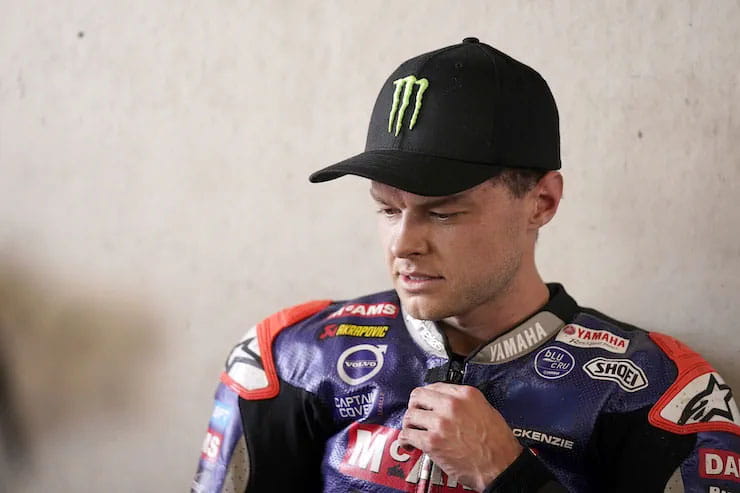 Bennetts British Superbike Champion (BSB) Tarran Mackenzie has undergone surgery to have screws inserted into his ankle after a serious fall during pre-season training in Cartagena.

The Scotsman fell heavily from his Yamaha R1 track bike while lapping the Spanish venue on Tuesday, sustaining a fracture to the bottom of his right tibia, as well as a dislocated shoulder.

Necessitating an operation the following day (Wednesday), Mackenzie went under the knife at the renowned Dexeus University Hospital in Barcelona under the supervision of Dr Xavier Mir, a specialist in typical motorsport-related injuries.

Mackenzie has since travelled to Girona to undergo physio, where he will remain until February before returning home to recuperate.

A statement from McAMS Yamaha says they expect him to recover in time for the first official Bennetts BSB tests in March.

The injury is a bitter blow to Mackenzie’s preparations for the defence of the BSB title he achieved with ten wins, 26 years after his father Niall Mackenzie scored the first of his three consecutive BSB titles in 1996.

In addition to his BSB efforts, Mackenzie will also make his WorldSBK debut in 2022 with McAMS Yamaha with a view to landing a full-time seat in 2023.