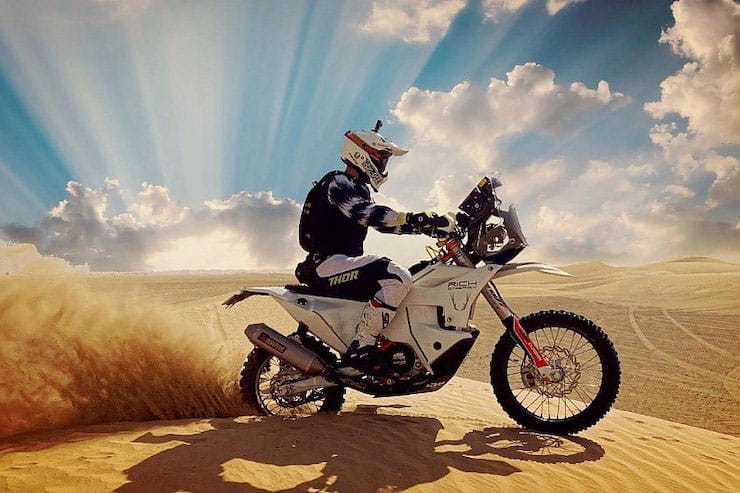 RICH Energy OMG Racing has confirmed James Hillier’s much anticipated debut on the Dakar Rally will take place in 2023 following the team’s change of manufacturer allegiance in the British Superbike Championship (BSB).

Hillier was announced to be heading to the dunes of Saudi Arabia back in October 2020 with a plan for the TT front runner to make his debut in January 2022 riding a KTM prepared by RICH Energy OMG Racing.

However, though Hillier - who won the 2013 Lightweight TT - successfully qualified for the gruelling rally raid event with a successful top fifteen performance on the Rally Andalucía, OMG Racing said in a statement that a change of manufacturer in BSB has had a knock-on effect.

In short, Hillier was free to ride KTM while OMG Racing ran BMW machinery in BSB because the German firm isn’t affiliated with any Dakar Rally entry. However, its switch to Yamaha is likely to extend to Hillier, with the short lead-in time to the 2022 Dakar Rally in January making it too tight a turnaround for him to get up to speed.

“While it’s unfortunate for the team and I not to be competing at the upcoming Dakar after the success we had in the summer, it’s absolutely the right decision,” Hillier said.

“Manufacturer choice is important and I’ve every confidence that we will be even stronger because of it, and I can’t wait to get out on the new bike.”

“When we came up with the plan to do the Dakar, the manufacturer change for 2022 wasn’t even on our radar, that decision came much later in the season,” added OMG Racing Team Principal, Paul Curran.

”Any change of manufacturer has an impact on other events and this one is no different so while it’s disappointing not to be lining up in Saudi Arabia in January, it means we have extra time to get James more experience. We’re really looking forward to further events in 2022 and to the 2023 Dakar.”

RICH Energy OMG Racing will run a pair of Yamaha R1 sportsbikes in the 2022 BSB Championship, the same as those that won 21 races in 2021 between Tarran Mackenzie and Jason O’Halloran