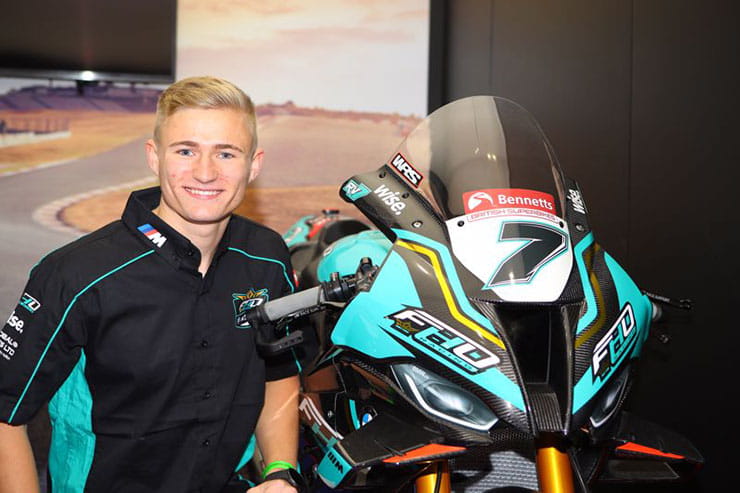 2022 will be the FHO Racing BMW squad’s second season in the Bennetts British Superbike Championship and the Louth-based team has announced Ryan Vickers as the team mate to Peter Hickman.

Despite being one of the younger riders on the grid, the 22-year-old former National Superstock 600 champion from Thetford already has three full Superbike seasons under his belt having raced with Lee Hardy’s RAF Regular and Reserves Kawasaki team. A pair of fourth place finishes at Thruxton last season coupled with a race lead at Donington, a back-of-the-grid to 5th place race at the same circuit plus a fastest ever lap at Cadwell Park demonstrated the type of talent for FHO Team Owner, Faye Ho, to offer a contract.

The team used the new-for-2021 BMW M 1000 RR machines in their debut season and it was Hickman who made the most of the new bike with five podiums including two wins at Cadwell Park as he made it through to the Showdown and ended up 5th in the overall championship standings.

Vickers had this to say, “Hicky had an amazing season and it will be a privilege to work alongside him within such a professional environment. Not only am I there to learn, but I’m also there to win and I feel this is my chance to move forward.”

Official pre-season testing for the Bennetts British Superbike Championship gets underway from 25th March at Vickers’ local circuit, Snetterton, while the first round at Silverstone is not until 15th April.