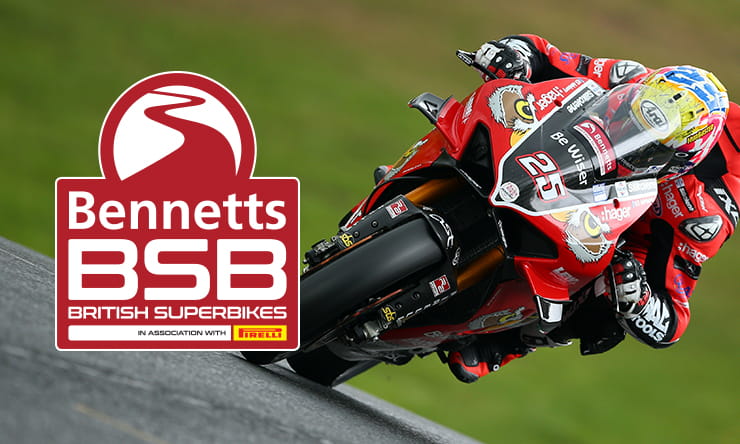 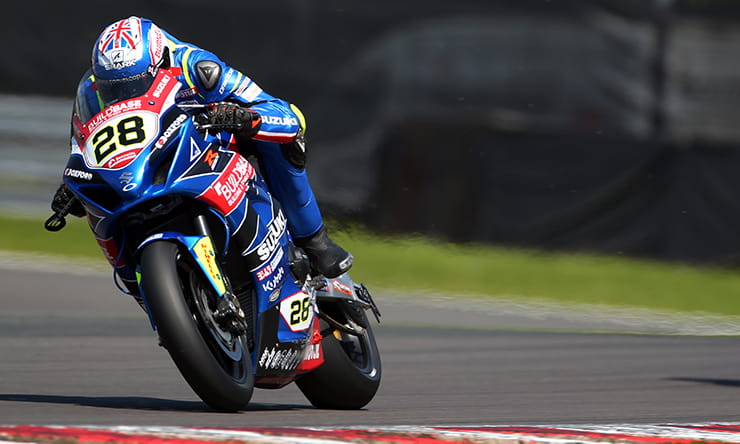 After a short lay off from action, just two weeks which has felt like a lifetime, the Bennetts British Superbike Championship roars back into life this weekend at Oulton Park, one of the most exciting tracks on the calendar.

If round one has anything to go by round two will be just as competitive, with two youngsters joint top in the Championship standings and a host of unexpected names setting the pace at the front, this weekend’s races will be just as heated.

Firstly, let’s look back at Silverstone where fireworks exploded, and Josh Elliot went calmly about his business to take his first Bennetts BSB victory. Race one saw the two McAMS Yamaha’s come to blows, with Mackenzie taking out team mate Jason O’Halloran on the final lap.

The move would eventually see him handed a three second penalty, giving OMG Racing’s Josh Elliot his first win. Race two once again saw a maiden victory and this time it would be the pintsized Scotsman, who roared to victory with Elliot second and FS-3 Racing’s Danny Buchan rounding out the podium. 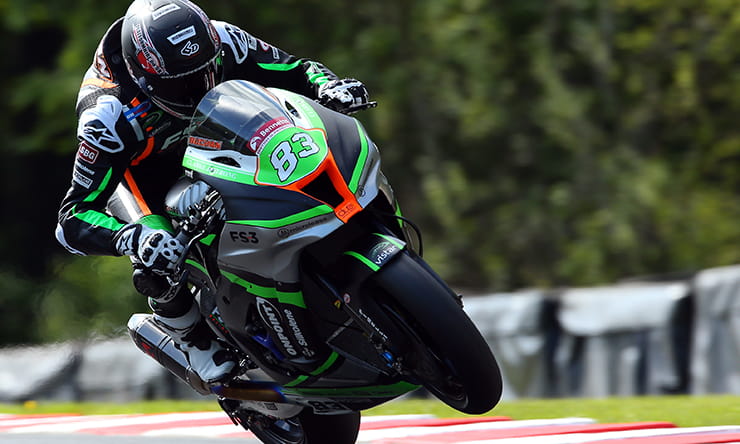 Title favourite’s Scott Redding and Josh Brookes endured a challenging weekend, with just one podium for the former MotoGP man and technical issues for the Australian saw the pair leave Northamptonshire full of frustration.

Although there were welcome returns to form for Luke Mossey, Tommy Bridewell, Dan Linfoot and Christian Iddon who challenged all weekend for the top spots, making this weekend’s action a mouth-watering prospect.

Last week the series headed across to leafy Cheshire for a full day of testing, and it would be Josh Brookes who walked away the fastest man in the dry by over a full second, with Buchan leading the rest of the chasing pack.

Santander Salt TAG Racing’s Dan Linfoot led the afternoon’s wet session, but with the weather looking bright and warm for the Bank Holiday bonanza you can’t look too far past the Be Wiser Ducati, and Josh Brookes as the man to put your money on.

Let’s recap to last year’s first round at Oulton Park which saw Leon Haslam pick up the double victory in close fought battles with Jake Dixon in race one, and Jason O’Halloran in race two.

But with the ‘O’Show’ the only man left in the Championship after Haslam and Dixon moved to pastures new for 2019, the race winners this weekend is anyone’s choice, however Brookes’ recent form proves you can’t write the former Champion off just yet. 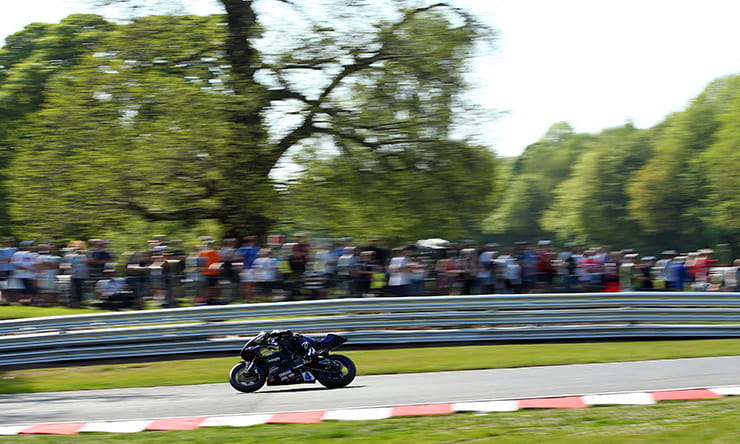 Where to watch from

Oulton Park is one of the most picturesque circuits in the whole of the UK, based in the rolling hillsides of Cheshire viewing spots are vast. With great vantage points, fans are certainly spoilt for choice.

Turn one, Old Hall, is the first place we’d recommend. You’re close to the action and with its tight but fast entry, it’s the perfect spot to watch from when the race gets underway.

Plus, the kids play area behind the banking means your family stay entertained whilst you sit and indulge in the all the action.

Secondly, Clay Hill out the back of the circuit is a place to head too. Only a short walk from the paddock, it’s one of the only a few places where you’ll the see machines flat out, it’s also a daring overtaking spot with the chance of a few wheelies too.

Finally, Lodge corner, the final turn on the 2.6-mile circuit, and one where the races can be won or lost. History speaks for itself with Hodgson and Walker, Haslam and Byrne, and this year? Well who knows.

With vantage points on the inside, and outside of the track, once again it’s just a short walk from the paddock, Lodge is the perfect place for viewing. 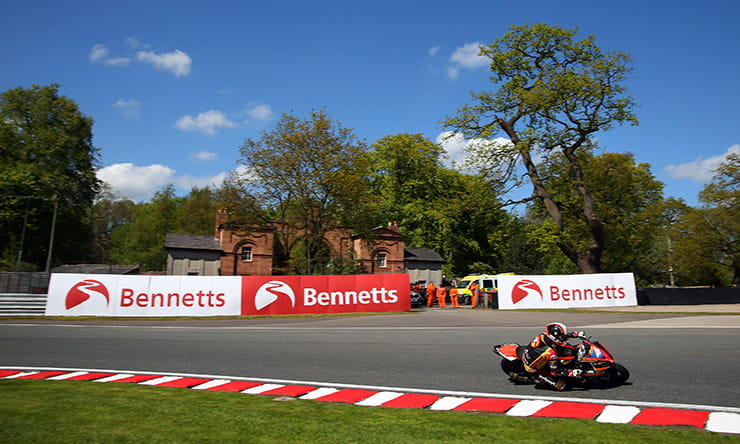 Food stalls are easy to come by at Oulton Park, the main café is easy to find from out on track, or within the paddock you’ll find everything you need under that roof, including the bar.

Although, individual stalls will be based in between turn one and two within the retail zone, so if the café doesn’t float your boat, you’ll have plenty to choose from just yards down the road.

If you can’t make it to Oulton Park this weekend, then don’t worry, Eurosport have it covered with live coverage all weekend from Cheshire just for you. 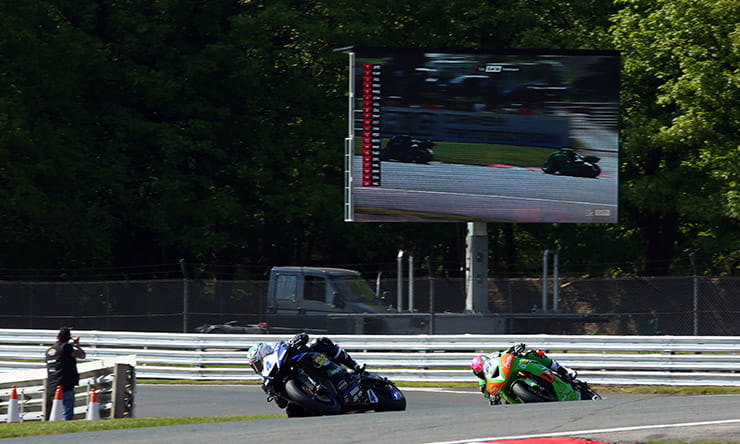 As always with the Bennetts British Superbike Championship the undercard is just as strong as the main event, with strong battles throughout in different Championships.

Out on track this weekend we have the Dickies British Supersport Championship, Pirelli National Superstock 1000’s and 600’s, Ducati Tri-Options Cup, Hel British Motostars and the Molson British Sidecars.

After a dramatic opening round in the Dickies British Supersport class the battle between defending Champion Jack Kennedy and Alastair Seeley is one not to miss, it’s going to be tasty. The Irishman did the double at Silverstone, but it wasn’t without drama, pushing the EHA Racing Yamaha out on to the grass in the first sprint race.

The Carrickfergus man Seeley has great form in Cheshire, and will he certainly be out for revenge to collect his first victory of 2019, with the view to closing the gap in the title race.

Cooper took two wins and a third place in the races at Silverstone, but he will have former Champ Mackenzie hot on his heels in Cheshire and will be battling it out at the front for the points.

Olsen will also be in the fight, a surprise package at Silverstone he’ll be looking to continue his form and take the Championship lead. 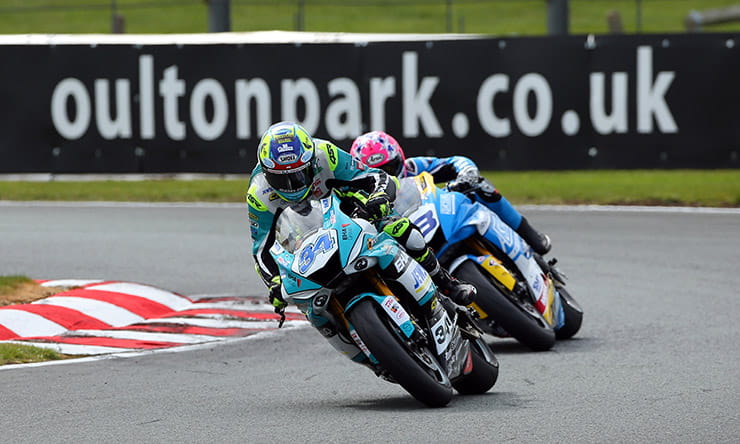 Kevin Keyes leads the way in the Pirelli National Superstock 600 Championship, after collecting his maiden victory at the opening round of the season.

The Kawasaki man will be chased closely by Aaron Clifford and Cameron Fraser, but keep an eye on Storm Stacey who impressed on his debut at Silverstone and he’ll be in the hunt for the podium.

The joint leaders of the Ducati Tri-Options cup Rob Guiver and Josh Day will be battling it out once again to the win in Cheshire. Day, who collected his first victory of the season at Silverstone in his first race of the series will be pushing the defending Champion Guiver all the way.

Finally, it’s the opening round of the Molson British Sidecar Championship at Oulton Park and if last year’s action has anything to go by, 2019 will be full of fireworks. The series is also bolstered by the return of Chris ‘Stalker’ Walker, which will please every Bennetts BSB fan.

If you haven’t purchased your tickets yet, you can for just £38 for the weekend or £35 on the gate come race day. Grandstand tickets are available for just £22 for adults, and £5 for children. Purchase yours now from https://oultonpark.msv.com/OP-19-BSB.