Mackenzie & O’Halloran to remain with McAMS Yamaha for 2020 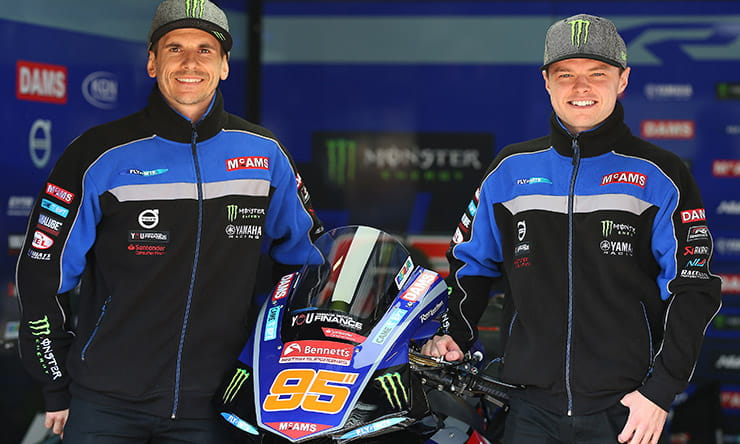 Tarran Mackenzie and Jason O’Halloran will remain with the McAMS Yamaha team for the 2020 Bennetts British Superbike championship after agreeing one-year extensions to their current deals.

After a strong but challenging 2019, the Fleetwood-based squad is hoping to build on experience gained with both riders this season to launch a full-blown title attack in 2020 with the all-new Yamaha YZF-R1.

The deal sees young gun Tarran remain with the team for the third successive year. The 23-year-old has already proven his title fighting credentials this season, securing his place in the 2019 BSB Showdown at Oulton Park.

Mackenzie took four podiums with McAMS Yamaha in his rookie season last year and has already surpassed that in 2019 with three rounds to go, having taken five rostrum finishes this season including his debut BSB win at Silverstone.

After a dominant testing performance and sterling rides at Silverstone, Jason O’Halloran’s 2019 season hasn’t gone to plan with injuries ruling him out of contention for much of the year. All parties are confident there is more to come from the combination of the super-fast Aussie and the YZF-R1 and having missed out on the Showdown, he can now use the final three rounds to build for next season.

Preparations for the 2020 season are already underway with the new-for-2020 YZF-R1 expected to arrive at the Raceways Motorcycles workshop by the end of the month, allowing the build of the 2020 race bikes to begin earlier than normal with a new bike. The team has already undertaken a number of performance tests on a pre-production model, finding impressive results throughout the power range.

Significant engine changes for the 2020 bike should enable the team to take another step forward, and retaining both riders was a key part to the development plan of the YZF-R1. 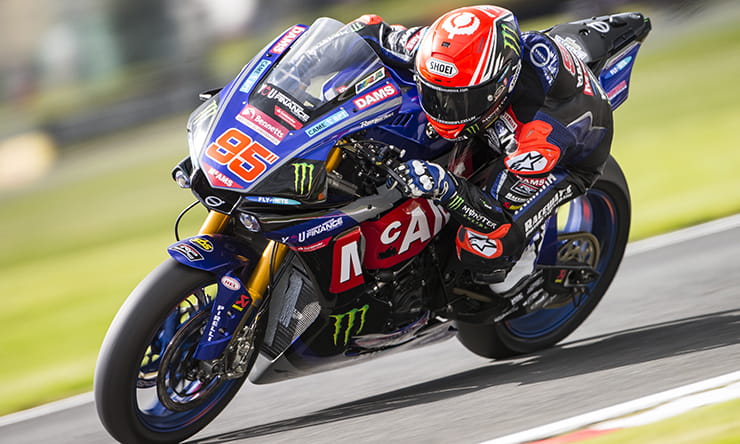 “I’m really happy to stay with McAMS Yamaha for the third year running. Continuity is important for me and it’s something that helped us take a step forward this year. 2019 has been fairly good, we’ve been able to run at the front regularly and it’s only the injury that’s held us back in the middle part of the year. It’s really exciting to have a new YZF-R1 coming for next year, the guys have already had one on the dyno and the improvements on the 2019 bike look promising at this stage, especially in regard to mid-range power which should help us next year. I’m happy to get my 2020 deal signed and out of the way early so I can now focus on the last three rounds and ending the year in the best possible way.” 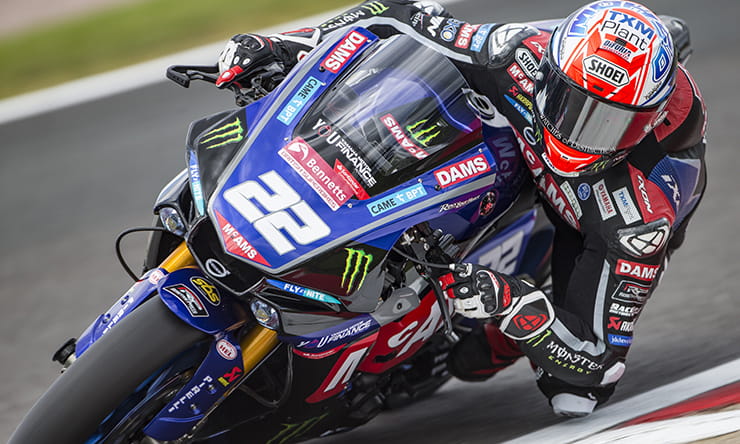 “I’m really happy to stay with the team again for next year. This season hasn’t panned out how I wanted it to given we’ve had two separate injuries, one at the start of the year and now the shoulder. It’s been frustrating as it’s the first year where I feel the potential of the bike and myself hasn’t been maximised. From a positive point of view that means there’s more to come, especially as I’m really enjoying riding the Yamaha and even though I’m struggling with my shoulder, the results are still encouraging. I’ve a lot of time for Steve and the team so I’m glad to be staying on and with a new R1 on the way hopefully there’s another step for us to take in 2020. The focus for me now is to get fit and healthy for 2020 and then we can learn from our mistakes, put them into practice and have a stronger year with the new bike.”

"When it came to looking at 2020 my priority was to retain the services of both Tarran and Jason as you can’t underestimate the power of continuity, especially when you’ve got a new bike coming. This year hasn’t been straightforward, but it wouldn’t be motorcycle racing if it had! The goal was to get at least one of the guys in the showdown and we’ve achieved that with Taz and thanks to his podium haul this year we’re only 33 points behind Brookes so still have a shot at the title with seven races remaining. Luck hasn’t been on Jason’s side this year, but we’ve seen how fast he can be on the R1 so it would have been silly to give up on that. 2020 should be even better for us with the new YZF-R1, we’ve done a bit of work on the bike already and the changes are far more significant than we first thought so it’s looking really promising. We can already fight at the front, but if the bike takes another step and we learn from some of the mistakes from this year, hopefully things will be a little simpler!"

BikeSocial are currently in Jerez about to ride the 2020 Yamaha YZF-R1 and R1M. Stay tuned for our full review coming very soon.