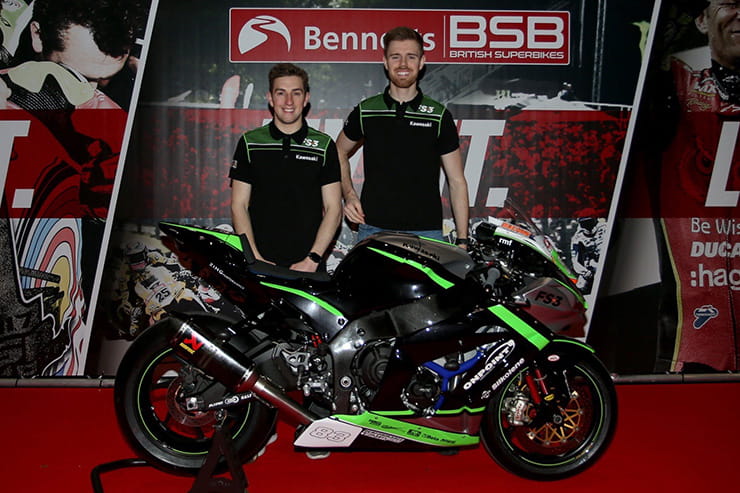 FS-3 Racing are delighted to confirm that Lee Jackson will be competing alongside teammate, Danny Buchan aboard the FS-3 Racing Kawasaki Ninja ZX-10RR in the upcoming 2020 British Superbike Championship.

A stellar year of breaking lap records and securing race wins sees Lee Jackson currently sitting at 3rd place in the competitive Pirelli Superstock 1000 Championship, where he has been campaigning under the FS-3 Racing banner over the past two seasons. Being no stranger to the top step, Lee won the 2012 Junior Superstock Championship and went on to gain Superstock 1000 and Superbike experience in the following years, before joining FS-3 Racing in 2018.

With multiple Superbike podiums under his belt already, Lee also holds the Superbike lap record for Cadwell Park, as well as the Superstock 1000 lap records for Thruxton, Snetterton and Oulton Park where at the last round he knocked off an impressive 0.5 of a second from the previous best time.

“Obviously for myself I have a few new goals I’d like to achieve and having a couple of years outside of Superbikes, now I know now what we can do and where we need to be for 2020. So I’m really looking forward to this opportunity on the new bike and putting in a good show for the official Kawasaki team!” commented the 24 year old.

Team Owner, Nigel Snook is confident in Lee’s elevation to the Superbike category saying, “Lee has certainly earned another run in the Superbike class. His speed and consistency this year have been impressive and together with his previous Superbike experience, made it an easy decision for the team to secure his services for a third year. Lee and Danny work well together and an important aspect of deciding to give Lee a run on the big bike is that it provides important continuity in our tight run team. We fully expect Lee to surprise a few people.”