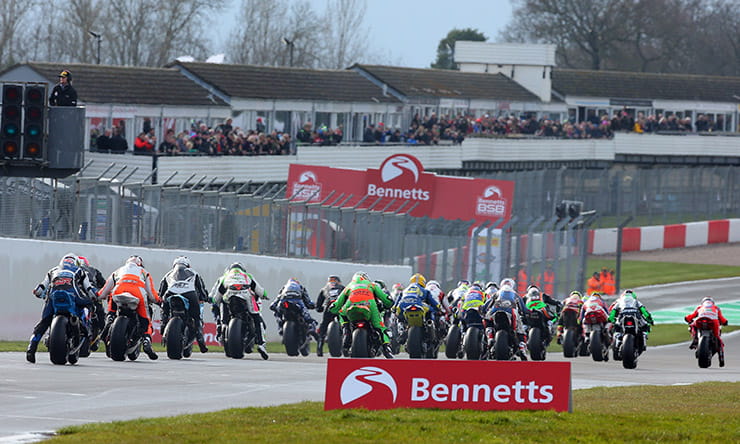 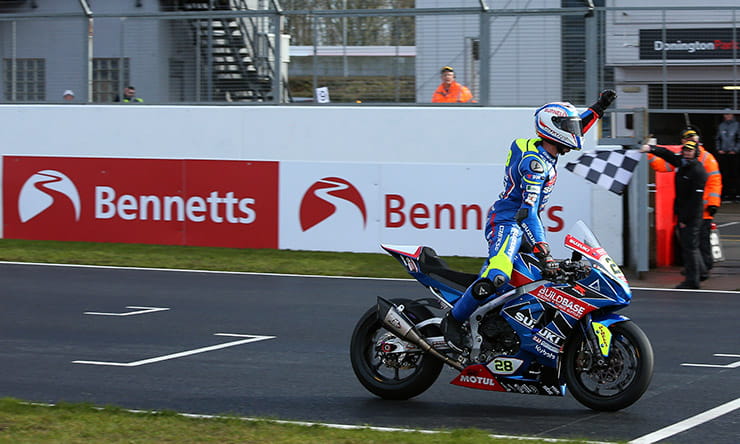 Following a scintillating North West 200 last week the Bennetts British Superbike Championship roars back into life as the travelling circus rolls into the famous Donington Park, and BikeSocial has all the info you need ahead of the weekend’s triple header.

If you need your memory jogging from what happened last time out at Oulton Park, well it won’t take us long to remind you; Brookes, Bridewell and their two Ducati V4R’s dominated proceedings.

BeWiser PBM’s Brookes collected pole position and the double victory, with his close friend Tommy Bridewell not too far behind taking a pair of second place finishes with the FS-3 Racing Kawasaki of Danny Buchen collecting third place in the two races. All of which leaves Oxford Products MotoRapido’s Bridewell and McAMS Yamaha’s Tarran Mackenzie tied at the top of the championship table but all eyes are now firmly fixed on this weekend’s three races.

Brookes, the 2015 Champion, is the favourite once again, with his V4R now in the ‘sweet spot’ and working well you can’t see too far past Bringelly man for further domination at Donington.

This weekend’s action will be run on the National circuit, which misses out the ‘Foggy’ chicane’, the Melbourne loop and Goddards, so the action will be much more intense than it normally is on the shorter 1.9-mile track! 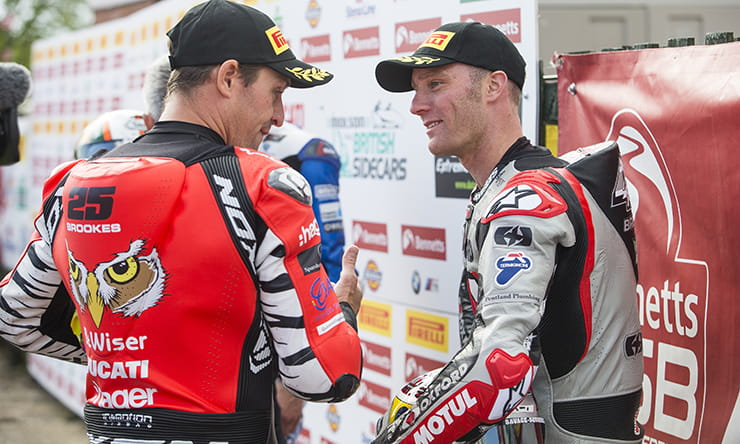 Bridewell is out gunning for his first win of the season after getting a taste for racing during the break, taking over from an injured Eugene Laverty at Imola round of World Superbikes.

It’s tough call who will be challenging; Scott Redding is back at Donington for the first since 2009 although one year earlier it was the scene of his first 125cc GP win. Meanwhile, the Kawasaki of Glenn Irwin could be back on form having won the big bike race at the North West 200.

Hector Barbera is stepping in for Ben Currie and will be looking to make his mark in Bennetts BSB, Jason O’Halloran and Taz Mackenzie will also be aiming to keep their strong starts to the season on track.

But as usual there will be 30-odd riders all battling as hard as possible so, while it’ll be too close to call, that’s the beauty of BSB!

Let’s look back at 2018 where Donington Park played host to the opening round of the Bennetts British Superbike Championship, and Buildbase Suzuki’s Brad Ray stunned the pack with a fabulous double victory in freezing cold conditions.

Shane Byrne, James Ellison, Leon Haslam and Dan Linfoot all took podiums as Ray ran away with the plaudits and the full 50 points.

But after a difficult start to his 2019 season, where he’s only picked up 12 points you can fully expect Ray to carry a little ‘circuit confidence’ this weekend. 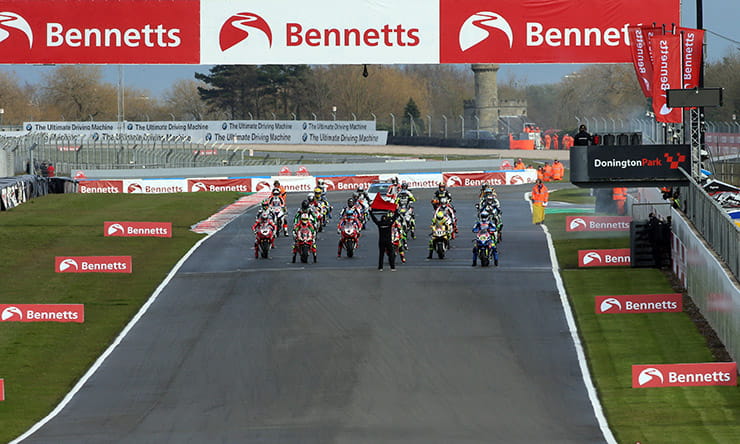 Above: there are plenty of ace vantage points at Donington

Donington Park has some of the best viewing spots in the UK, with many areas at such a height fans can see most of the track from one place. If fans perch themselves by the final corner on the infield of the circuit, they’ll be able to see all the action down the start/finish straight, then as the pack chases up the hill from Old Hairpin corner back to the finish line.

Redgate will also create some exciting passing opportunities with great viewing areas from the outside and inside of the track.

If you can’t make it to Donington Park this Bank Holiday bonanza weekend then fear not, Eurosport and Quest will have all the live coverage you need on your TV, find out the times below so you won’t miss a thing.

If you are one of the lucky ones that will be heading to Donington Park then you’ll need to know where the best place to grab a bite to eat from, well thanks to MSV’s renovation of the Derbyshire track, there is now plenty of places to eat.

Garage 39 is the all new café and bar for fans to enjoy a spot of lunch, there is plenty of places to sit and relax when the action is taking a break or winding down for the day.

Failing that fans can eat in the café opposite the support class paddock and the hospitality trucks, there is also the small shop at the entrance of the paddock. There will also be many independent food outlets dotted around the circuit if you get hungry during the day.

Car parking can be easily found, and sign posted well, where fans will be directed to the car parks directly outside the main gates of the paddock. This makes for easy access to the riders, teams and viewing spots.

As always with Bennetts BSB, fans get their money’s worth with a packed schedule of support action and races across the three days at Donington Park, so we’ll give you the run-down of who’s doing what in all the classes on show. 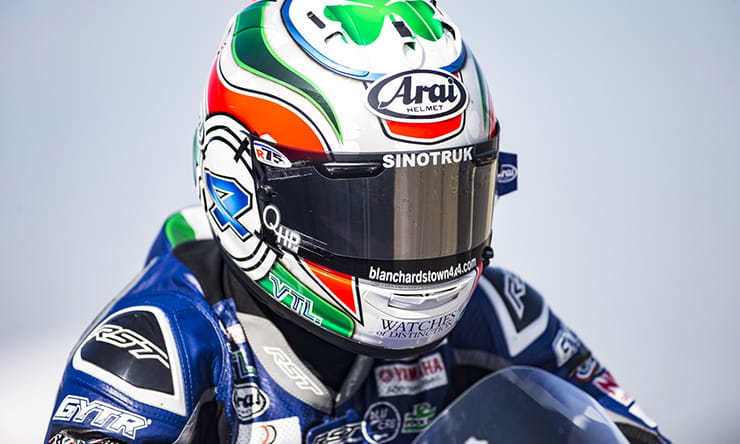 Above: Jack Kennedy leads the way in the Supersport series

Jack Kennedy is out to make it six wins from six races this weekend as he aims to increase his Supersport Championship lead over his closest rival Alastair Seeley, who sits just 20 points behind the Irishman.

The duo have battled it out together so far, with Kennedy coming out on top each occasion but after Seeley’s somewhat disappointing North West 200 display he’ll be out for revenge at the National Circuit.

The Dickies Junior Supersport 300 Championship is back this weekend, and Adon Davie will be out to keep his 100%-win ratio going, but he’ll face stiff competition from Trystan Finocchiaro, Kade Verway and Jack Roach.

Aaron Clifford holds a slender one-point lead over New Zealander Shane Richardson in the National Superstock 600 class, Clifford is the man in form but with a certain Peter Hickman backing Richardson all the way with support, the battle looks set to increase in temperature between the pair.

Kevin Keyes and Cameron Fraser sit level on points in third and could put the cat amongst the pigeons if they are handed the chance to. 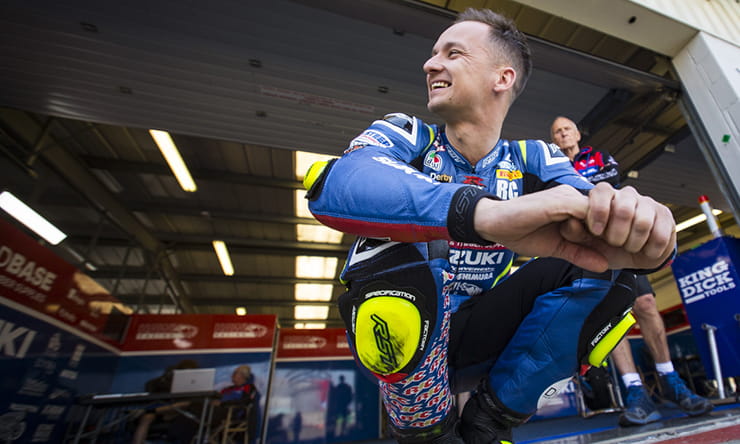 Above: Richard Cooper – the man to beat in the Superstock 1000 class this year

After his successful debut trip to the North West 200 Richard Cooper is back on short circuit duty this weekend, as he looks to increase his Pirelli National Superstock 1000 Championship lead.

The Buildbase Suzuki man sits on 71 points, only eight ahead of his closest challenger Taylor Mackenzie, but both have home race advantage this weekend so it’s too close to call who will be victorious during the weekend.

Rob Guiver and Josh Day will once again come head to head at Donington Park in the Ducati Tri-Options Cup, with the pair level on points the battle is set to rage on at the National Track with two races over the weekend.

And finally, the British Talent Cup will roll out again with Scott Ogden and Cameron Horsman tied at the top of the leader board on 41 points. But they won’t have it all their own way with Charlie Farrer, Rhys Irwin and Brian Hart all chomping at the bit to reel the pair in.

Grandstand seats are available at Hollywood for just £10 on Saturday, and £20 on Sunday however these tickets must be booked online by clicking here.

To be a part of the Bank Holiday Bonanza at Donington Park purchase your tickets online and save ahead of the weekend by clicking here, or purchase at the gate on the day but fans will pay an increased rate by doing so. 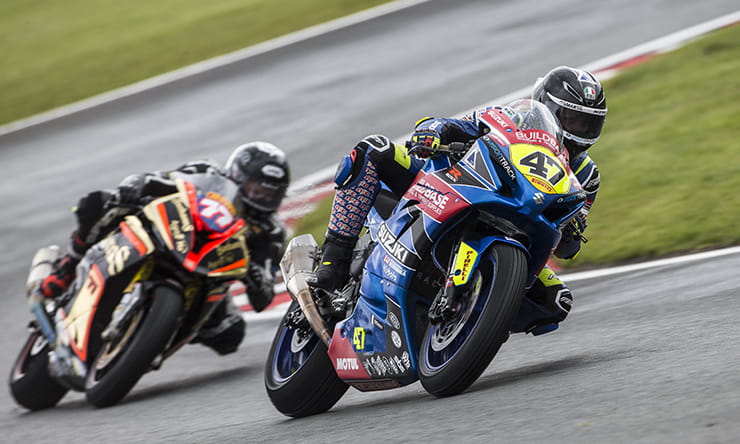