Bridewell discusses change of tactics behind his win 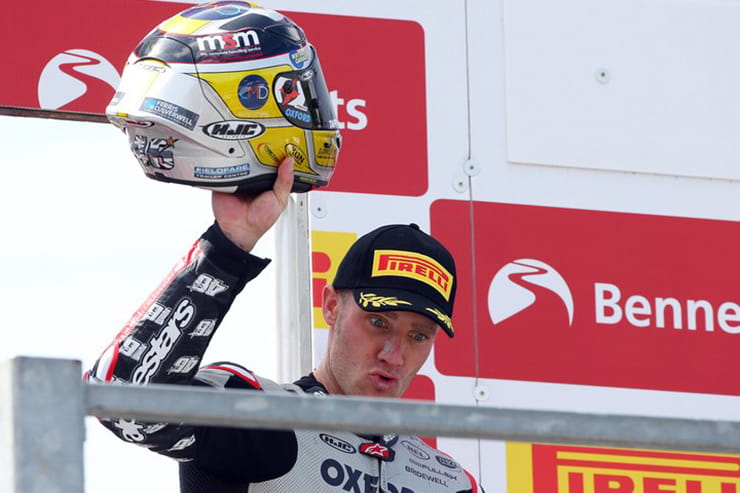 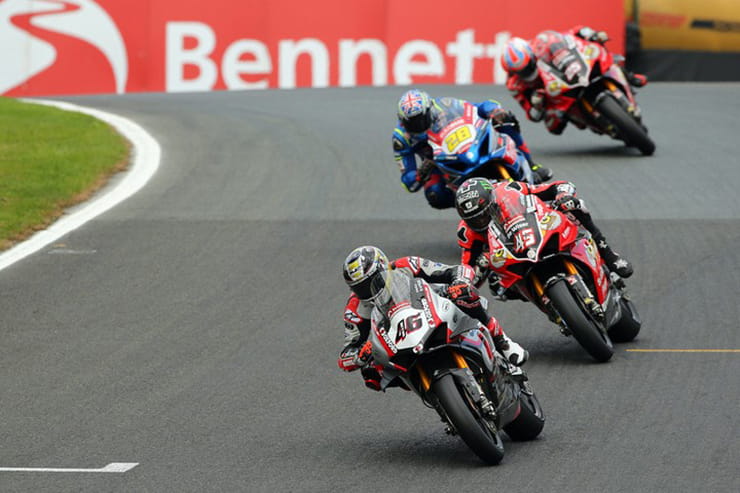 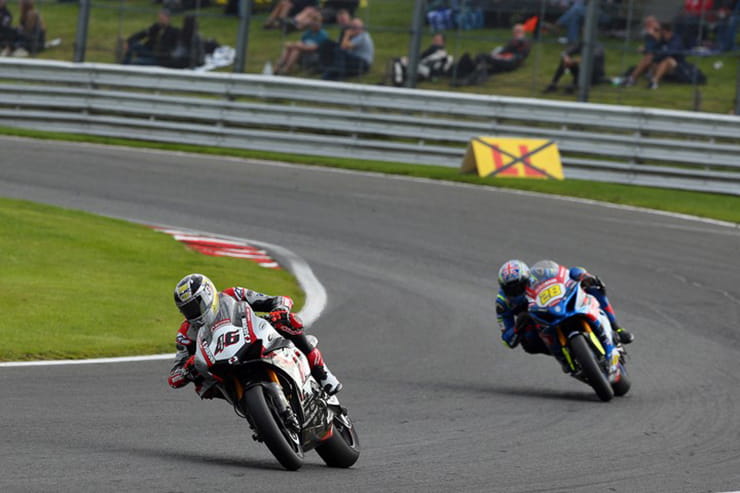 Oxford Products Moto Rapido Ducati’s Tommy Bridewell admitted it was a long time coming in the search of his first win of the 2019 Bennetts British Superbike season, which he collected in the last of the three races at Oulton Park.

Bridewell had seemed to be forever the bridesmaid but never the bride in terms of victories this season, with 11 podiums before his finally clinching his win on Sunday afternoon.

Race three on Sunday saw Bridewell make the most of an unforced error from closest rival Josh Brookes, when the PBM Be Wiser Ducati man dropped it with seven laps to go, allowing Bridewell to take off at the front.

But the likeable Devizes resident admitted to BikeSocial after the weekend that he had changed his race tactics mid weekend.

“God, course I’m happy,” smiled Bridewell while BSB fans listened into our interview patiently waiting for a selfie and autograph.

“When I got to the front and when Josh crashed I could see that Brad didn’t look too confident to lead the race should I say, and I knew then I had a good gap to Scott so I knew that it was me and Brad. I kind of knew that I had step it up and focus for the last eight laps and take the win. 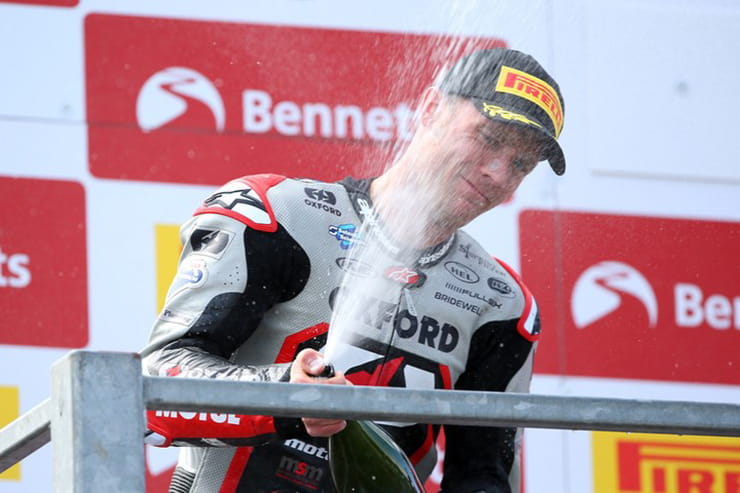 Bridewell took his first since 2015 at Oulton Park

“Brad was riding really well, and he needed that carrot to follow, I don’t think he’ll mind me saying that and I knew he’d hang on to me. If you look back at the other races he was suffering in the last three laps, so when I saw eight laps to go and saw I still was running good lap times I knew that if I maintained my pace I would have got a little bit of breathing space, and that is what happened.

“So, I’m happy, I’ve learnt a lot this weekend. Behind the scenes, in the lorry, talking to the team, talking to other riders that were helping me. People think I’ve been in the Championship a long time, and I have been, but I haven’t been in this position much.

“I took a different structure in race three, I now have a different mentality going into the Showdown, let them do the hard work. If you notice when I lead the race I put everything in and the race pace is so fast, and then I suffer by burning my tyre up at the end of the race.”

The change in attitude and plan to Bridewell’s race strategy came after he seemed extremely angry with finishing the second race on Sunday morning in third, after leading a healthy chunk of the battle. 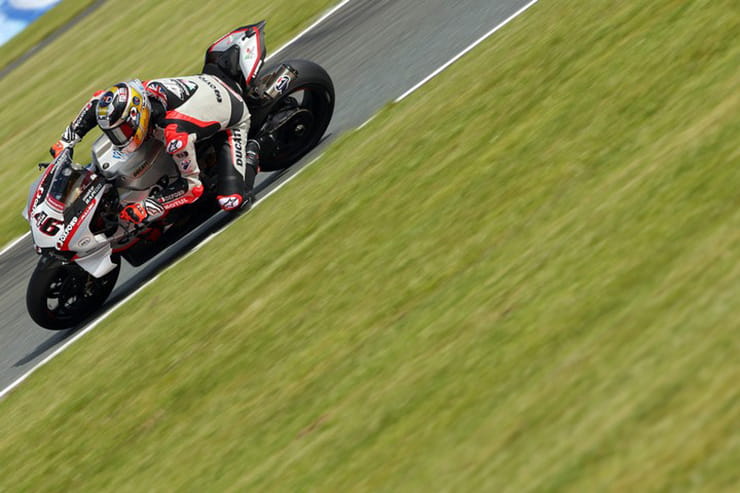 Tommy is now just 24 points away from leading the series

He cut a disgruntled figure on screen as Eurosport’s Matt Roberts grabbed the first word with him, saying he had ‘a look at himself’ before heading out for the final outing.

And look at himself he certainly did, the Ducati man held back throughout the opening set of laps, holding fifth after the first lap, but mid race he started to battle through, posting a new lap record along the way.

But he admitted that he added that pressure on to himself because he knew the bike, and the team had the potential to be on the top step of the podium.

“I’m my own worst enemy, aren’t I? It’s because the bike is good enough to win, and the team deserves to win.

“I let the emotion get to me too much and I just need to realise that what I do for a job is good fun, and there is a lot of people and riders that would swap roles with me.

“I just had to wind my neck in so to speak and realise that I am in a mega position. But it’s just hard because I’d be wrong in saying if I’d had finished second or third I would have been happy, because I wouldn’t.

“Winning is what we come to do, it is what I and the team deserve and we’ll roll into the Showdown as race winners.

“I think Assen will hopefully play into our hands a little bit, and I’m really, really looking forward to it.” 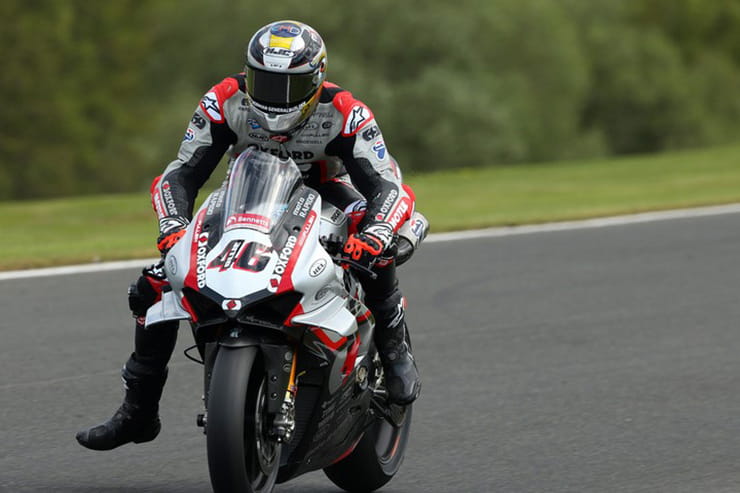 The way Bridewell won his first race since his last victory at Oulton Park in 2015 onboard the Tyco BMW, was very much like how Josh Brookes and Shane Byrne have won races in the past.

They have the experience to conserve their tyre at the start of a race, knowing full well by the final eight to nine laps they will pull through the field to take to the win, or at least a podium.

And Bridewell admitted that his first win in four years felt extremely good, and he knows he has to continue with his new race strategy as he heads into the Showdown.

“Exactly that, I’m like a bull in a china shop! The lights go and I want to get the front as quickly as I can and I want to pull away as hard as I can, almost destroy them, but the problem is you can’t do that.

“So, with eight laps to go I knew I needed to be pin perfect, and I knew that it was going to be a good, clean finish to the race.

“With the last four laps I saw 0.6 as the gap and I thought that Brad was yielding a little bit, and that is when I knew I had to be smooth, and fast. That is when it felt like a ‘Brookesy’ or Shakey win, and I felt really good.”

The final race looked set to be a Ducati battle between good friends Brookes and Bridewell, but when the ‘Bad boy’ dropped his V4-R at the Shell Oil’s hairpin, it was left to Tommy to romp home to victory. 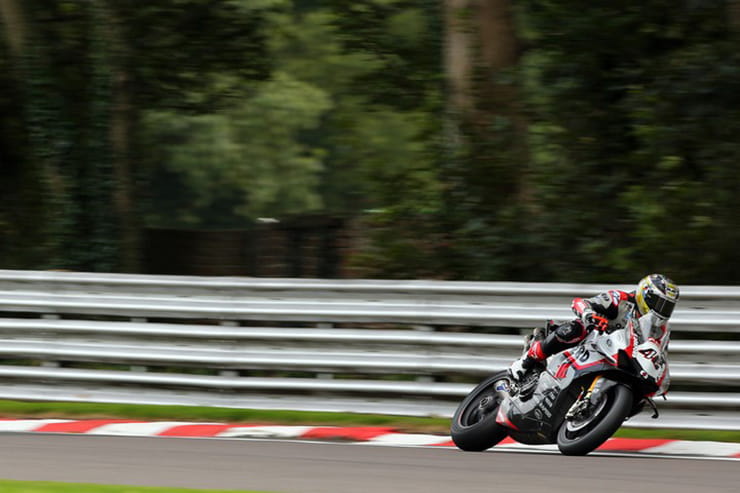 Seven races remain for Bridewell to achieve his dream

And he felt that the pace he had shown all weekend, breaking the lap record twice in three races, set the benchmark for the rest of the grid and he felt that pressure got to Brookes during the final race.

“It’s tricky because you could also argue that I set the lap record on Saturday, and I smashed it again on Sunday.

“But I feel like he knew the race pace when I was in the lead ,it was low 34’s, and never ever through all the years of racing at Oulton Park have we ever raced in the 34’s, it’s normally 35’s.

“I feel like I set the benchmark, for everyone to beat me they had to run low 34’s, and when they tried to do that Josh unfortunately crashed.

“As bad as it sounds it made me happy knowing that the effort I am putting in they are equally on the same limit and that is why I am happy.”

The Showdown is now fully in swing, and the top three of the Championship are covered by just 24 points, and just one race win would see Bridewell close the gap to the top considerably.

And with seven races remaining during 2019 he knows this is his best chance of becoming Bennetts British Superbike Champion.

“The bike is capable of fighting for the title, I am and the team is.

“That is probably why I’ve been so miserable because I expect to fight for the title, and now we are going to Assen as race winners, I genuinely feel so positive.

“I cannot wait and I feel we can fight for the Championship this year. We are top Ducati, you know they (PBM Be Wiser Ducati) are the factory team and we are the top Ducati, so we’ll take it, hell yeah!”