Andrew Irwin: "I need a contract for next year” 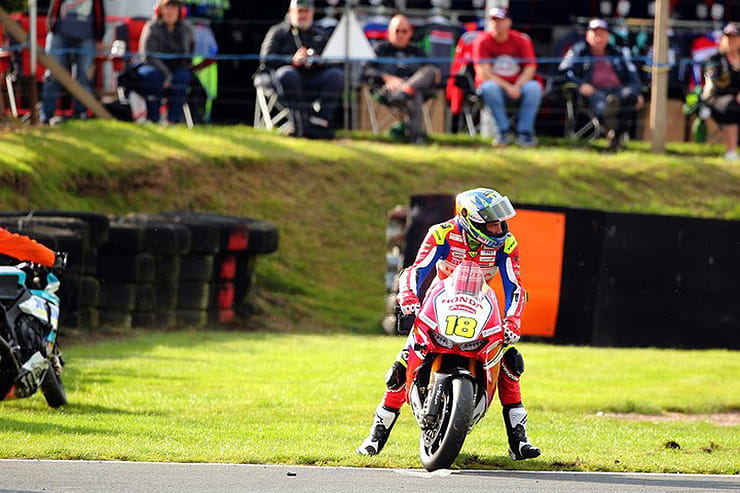 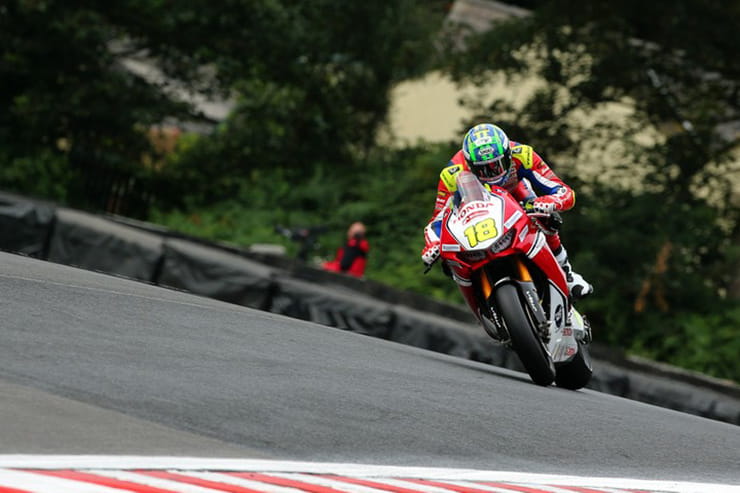 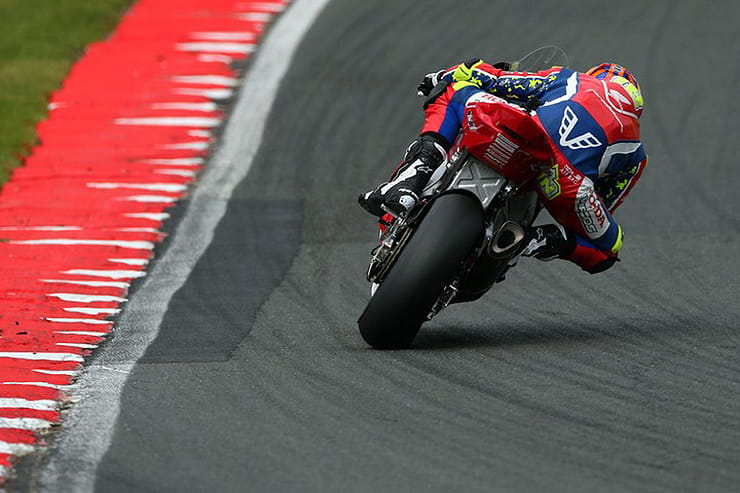 Honda Racing’s Andrew Irwin was handed a further penalty in the 2019 Bennetts British Superbike Championship, just one race on from his previous incident with Scott Redding.

Irwin was expelled from the second race on Sunday afternoon after re-mounting his bike following a coming together with David Allingham, an incident in which the Northern Irishman had no part to play in.

The crash for the EHA Racing man left the chasing Irwin with no room for manoeuvre, sending him and the following Shaun Winfield to the ground.

However, Bennetts BSB rules state that in a race a rider cannot re-mount his machine, no matter what the damage, and after being told by marshals at the Knickerbrook chicane he couldn’t re-join the race, he did anyway, riding his machine back to the pits.

Due to his actions he was sent to the stewards once again, who handed him a further ban, and another set of penalty points on his licence.

But after the weekend the remorseful Irwin explained to BikeSocial the decision he made cost him his Showdown place, and for that he only had himself to blame. 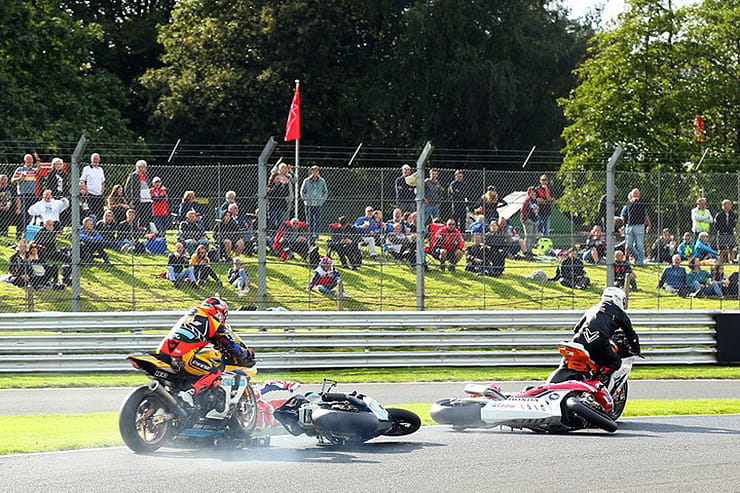 It was Irwin’s second mistake in as many races

“To be honest we made it difficult at Cadwell with that mistake and it carried on hurting us at Oulton Park,” said a disappointed Irwin after just missing out on the top six.

“The first race on Saturday I got an awesome start from the back of the grid, then I got put on the grass, I was then involved in the incident that wasn’t my fault for a change and I went down.

“I’m a racer, I shouldn’t have got back on the bike, but I did, I wanted to get back to the garage because I felt it would get red flagged with Allingham on the ground.

“I brought the bike back; I shouldn’t have done it but what can I do now? I can’t turn back the clock, I’ve said sorry.

“So, I had to miss the second race, and penalties are penalties, that one was pretty tough, but that is the way it goes.

“We’ll go to the next rounds and enjoy the rest of the season, we’ll try to cement seventh in the Championship, that would be ideal, and that is what I’ll keep fighting for. I need to get a contract for next year, get out of this bad couple of rounds and get my form back again.”

Irwin has come in for a lot of criticism in the recent weeks following on from his incident at Cadwell Park, which saw the former Paul Bird Motorsport employee take down Championship challenger Scott Redding in dramatic fashion.

Because of that move he was forced to start Saturday’s opening encounter from the back of the grid, but another mis-judgment caused Irwin further penalty pain something in which he admitted he has now learnt from. 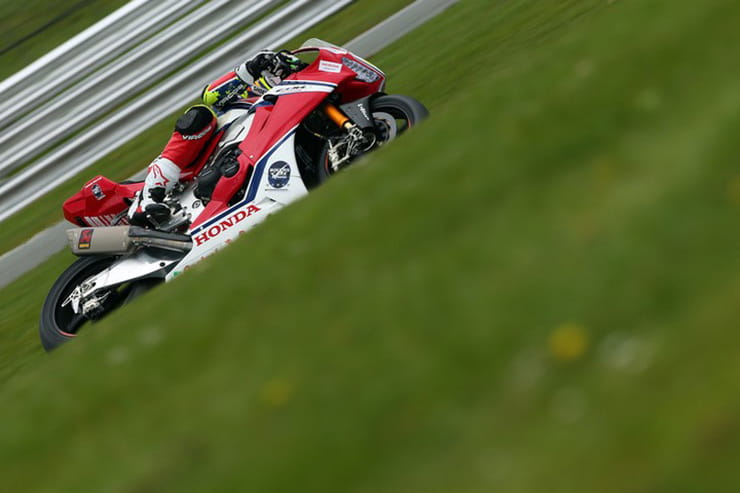 Irwin held a Showdown place until his dramatic actions on Saturday

“I don’t care who they say they are and how much they want to win; my passion is more than them and some day in the not too distant future it’s going to pay off.

“All those mistakes I have made is going to show in the future, I’m only going to learn from it, it’s going to make me a more complete rider and hopefully this time next year we won’t be fighting for a Showdown place, I’ll be fighting for a Championship place.”

It seems at the minute no matter what Andrew does he comes off on the wrong end of the stick, after numerous incidents in previous years.

And one too many of those in 2019 has seen the organisers, MSVR, come down heavy on the Carrickfergus resident, much like the FA and other authorities did with Italian footballer Mario Balotelli.

For those who aren’t too familiar with Balotelli, his on-field antics sometimes landed him in deep water with the governing bodies, and Irwin likened himself to the former Manchester City star but admitted that he doesn’t try to bring it on himself.

“No, because if you bring it upon yourself you can’t say you’re like that, like with Mario Balotelli he always brought it upon himself. 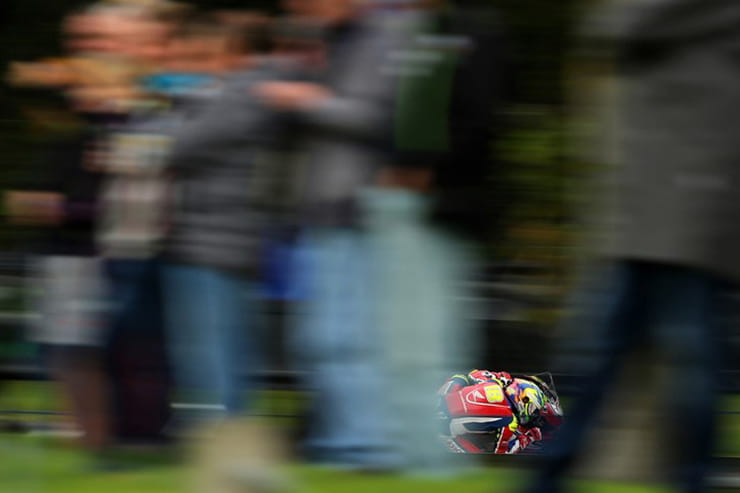 The Honda Racing man now sits seventh in the standings

“But when I used to play Football Manager, I always signed Balotelli because that was the type of person I liked, I like people who make mistakes and learn from them, come back and show people what they can do.

“I feel that I am learning, I’m still young, I might be a slow learner at times but there is a lot more to come from Andrew Irwin. We are out of the title fight this year, but I was never going to win the Championship anyway.

“This year was more of the principal of making the Showdown, it was what we wanted, but we have three rounds before next year and we’ll keep fighting.

“The bike has improved, Honda have done an awesome job, compared to our last visit to Oulton Park I was a full second faster and that is a big difference and it shows how much the team has developed the bike.”

Many couldn’t understand the actions of Irwin on Saturday afternoon, with the rules clearly stating that re-mounting during a race situation isn’t possible.

But Irwin admitted that he was full desperation at the moment he picked his CBR1000RR up from the Oulton Park turf, and his adrenaline took over. 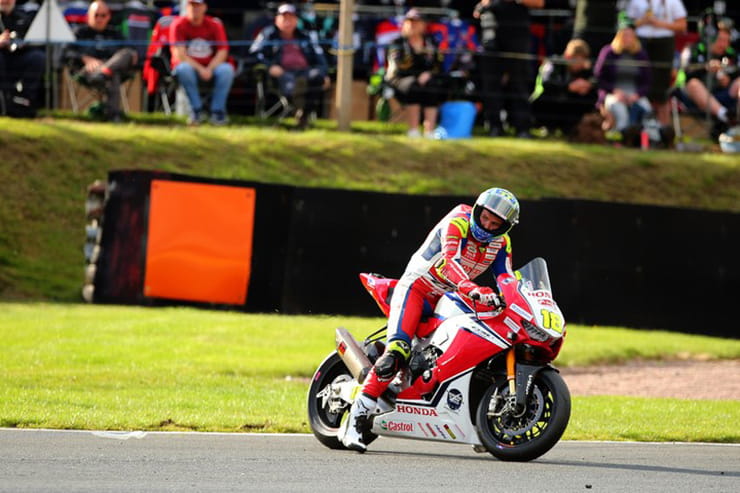 Irwin has stated his will learn from his mistakes

“In my head I was thinking ‘I can’t give up; I just can’t give up.’ I know how racing works I’ve been around so many times when it’s been red flagged, and people have got back out.

“Ok, I shouldn’t have done it and I won’t do it again but at that time I thought it was the right thing to do, sometimes when the adrenaline is rushing there is so much going through your head.

“I said I wasn’t going to give up, and I didn’t give up, I kept fighting all weekend and it was taken away from me because of a mistake that I made and that is the way it goes.”

“It’s tough to take but it’s my own fault, it’s not as if I can point the finger at anyone or say ‘it was this or that.’

“It was my fault, it was me who made the mistake and I have to learn from it, and I took the consequences because of that.

“It’s not ideal and it’s not the way I wanted to end the Showdown fight but what can I do? I can’t turn back the clock, and it’s going to be something I certainly learn from in the future.

“I crashed out of two races before the weekend at Cadwell Park and Knockhill, and I have been consistent this year, last year I could hardly finish a race. I have to focus on the good and show people what I really can do.” 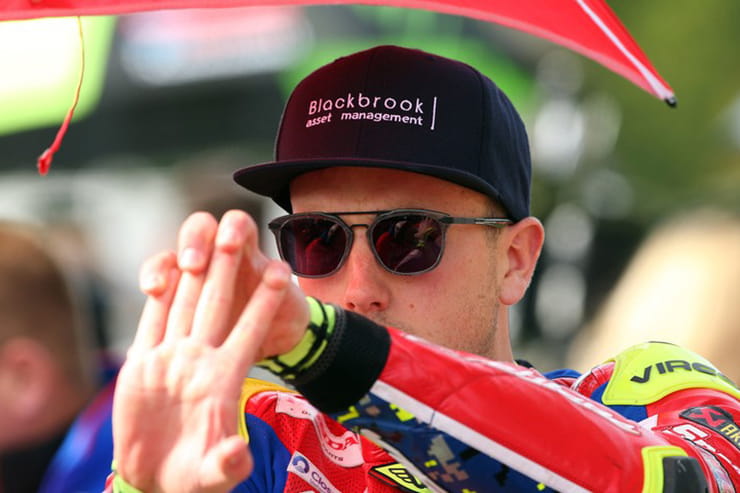 Irwin’s attentions are now firmly focused on the final three rounds of the 2019 season, with the next round taking place at Assen in the Netherlands before a return to Donington Park and Brands Hatch to round off the year.

He is still in contention to become the ‘Riders Cup’ Champion, a title Irwin would be more than happy to hold, even though he feels a Showdown place was definitely on the cards.

“No, I’m only joking, of course we want to get seventh, but who remembers the person who comes seventh.