BSB | Brad Ray: “Mentally the change to Ohlins has helped” 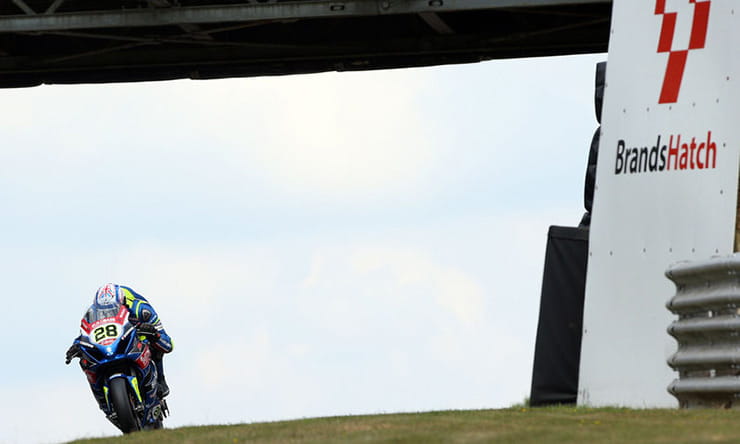 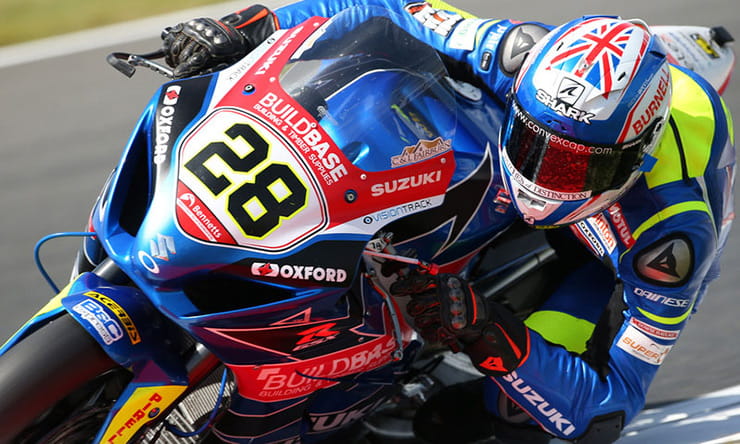 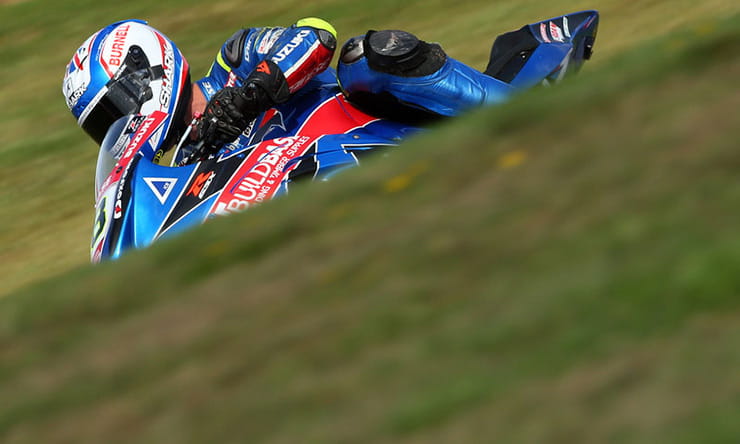 Buildbase Suzuki’s Bradley Ray admitted to BikeSocial after the fifth round of the Bennetts British Superbike Championship at Knockhill that the change to Ohlins suspension has helped cure his issues.

Ray, who impressed in Scotland with a strong showing during the dry free practice sessions, and after qualifying 13th in wet conditions on Saturday, he walked away with a solid sixth place in Sunday’s first race.

Although an engine blowout in the final race didn’t dampened the spirits of the likeable Kentish man, Ray still claimed it was a positive weekend all round for him and his team.

“I’m really happy,” smiled Ray. “It was nice to have a semi-dry weekend so we could build some pace and we just kept working, making little changes as we went along through FP1, FP2 and FP3.

“It wasn’t ideal to have a wet a qualifying but even then we found something with the bike that we have been missing so all in all it was a positive weekend, it’s nice to be closer to the front and to be battling in the top six. 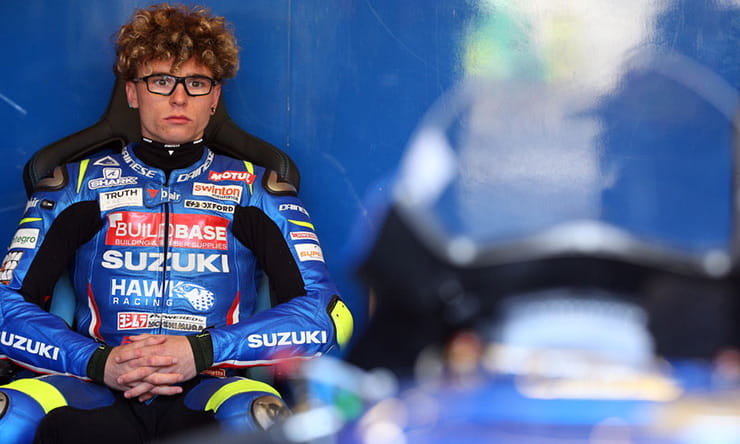 Above: Brad is starting to find his form again

“Unfortunately, I had a DNF in race two but overall it was a positive weekend for us.”

It’s been a tough few months for Ray, who was many people’s pick to be a showdown contender and a title challenger, but after a poor start to 2019 the former Red Bull MotoGP Rookies Cup man that is looking ever increasingly difficult.

The 22-year-old has tried many different set-up changes to gain a much stronger feeling from his GSXR-1000, but it took a bold call from him and Steve Hicken’s squad to improve their fortunes.

For race two at Oulton Park Ray rolled out of pit-lane with Ohlins front suspension, after changing from their trusted Bitubo, which the team have run for many years. And this decision has a seen a positive change in results for Ray.

“I can’t really put my finger on what exactly what the problem was,” expressed Brad from a windy pit-lane at Knockhill.

“It’s just a general feeling with the bike, we are getting closer and my confidence is up which is helping solve the problem. If you look at what we’ve done at the first three rounds we’ve not been too far away, but when we found those few extra tenths, we’ve been up in the top 10, top five. 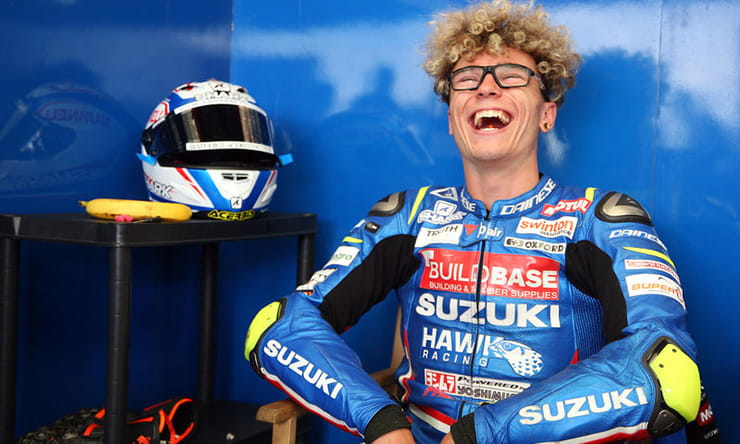 Above: Ray is always smiling no matter what the results

“So, we’ve just got to find small bits and we’ll keep working but it’s was a very positive weekend at Knockhill.

“We just need to keep working from where we are and hopefully, we’ll be fighting for podiums soon.”

Since his debut season in 2017 in the Bennetts British Superbike class Ray has been an outstanding shining light, picking up a podium in his first season in the series.

The very next year he surprised everyone once again by picking up his first victory in the series at Donington Park, backing it up with a second win in race two at the opening round, walking away as Championship leader. 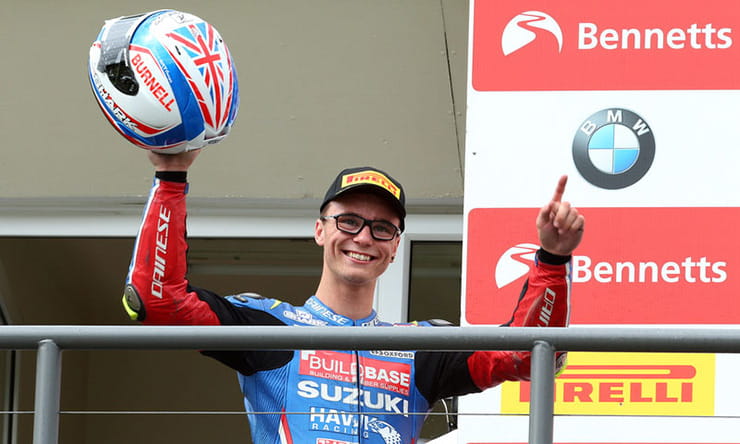 Above: Ray took plenty of podiums in 2018

In 2018 he made the Showdown, but after his first appearance at the world famous Suzuka Eight-Hour he returned to BSB and struggled, collecting only a handful of points in the title fighting final three rounds.

Some said around the paddock that he couldn’t get back to grips with the Pirelli tyres he was running in BSB, after racing on Bridgestones in Japan, which perform differently to the Italian manufacturer on track.

But when quizzed at Knockhill Ray was quick to dismiss those rumours, adding that the added pressure played more of a part in his struggles.

“I don’t think so, not really. I went to Suzuka and then came back to the wildcard at Donington World Superbikes, and we had really good pace there.

“Then I went back to Japan again, then after that I went to Cadwell and I had some really good results there, so it wasn’t that, it was just the general feeling with the bike.

“I think maybe because it was my second year in BSB, I had a little bit more pressure, the end of last year was one of those things.

“We didn’t finish strongly at all, and we went into this year really positive, but it’s been a tough start to the season. We have been building really slowly and the team have been really good, I can’t thank them enough, and we’re on the move now.” 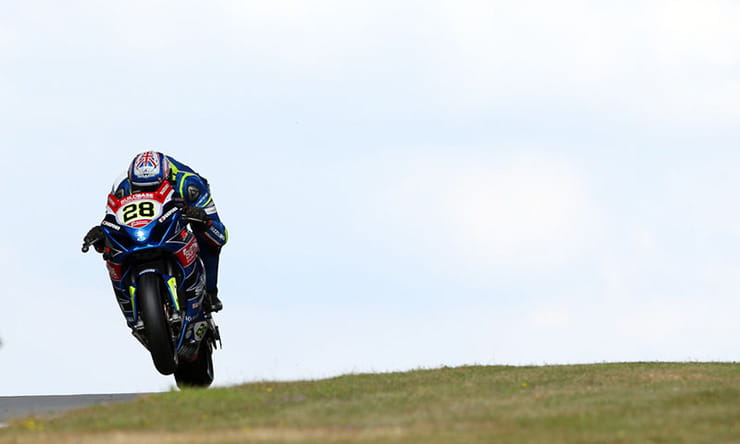 It now seems that the ‘Milky Bar Kid’ is back on track after a much stronger showing north of the border but he knows that there is more work to be done if he’s going to get anywhere closer to the Showdown than he already is.

Ray sits 17th in the Bennetts British Superbike Championship standings on 32 points, and following on from his Scottish success he feels that his old self is on the way back at just the right time.

“I think it is, I’m hoping so anyway,” he laughed. “We’re going to Snetterton next and we had really strong pace there last year, even though we didn’t get any results from the races. So, we’re heading there in a positive frame of mind.”

Even after a difficult start to the 2019 season, there has been murmurings around the paddock that Ray will once again jet out to Japan for this year’s Suzuka Eight Hour endurance race.

However, it won’t be with the full factory Yoshimura Suzuki outfit which he almost put on the podium in 2018, but he is set to contest the race with another Suzuki team that is yet to be confirmed.

And Ray exclusively revealed to BikeSocial that an appearance at the most famous endurance race in the bike world is looking ever more likely as the days pass.

“Possibly, we are going to see, we are now doing a better job in BSB and that is where my full focus is more than Suzuka. But if the opportunity does come, we may go and do it.”