Josh Elliott puts Silverstone performance down to suspension and his dad 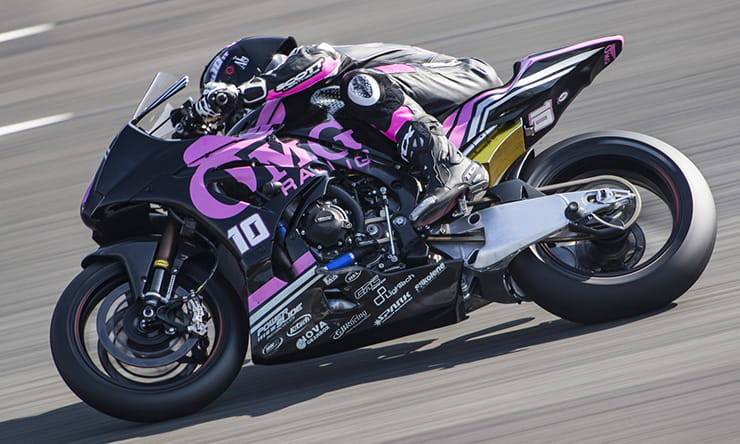 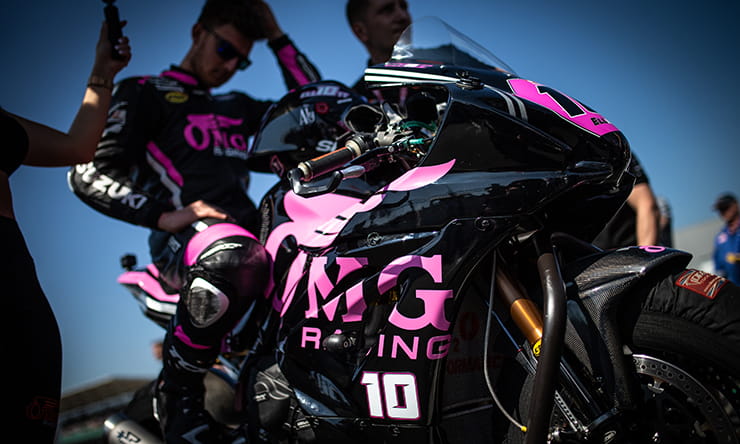 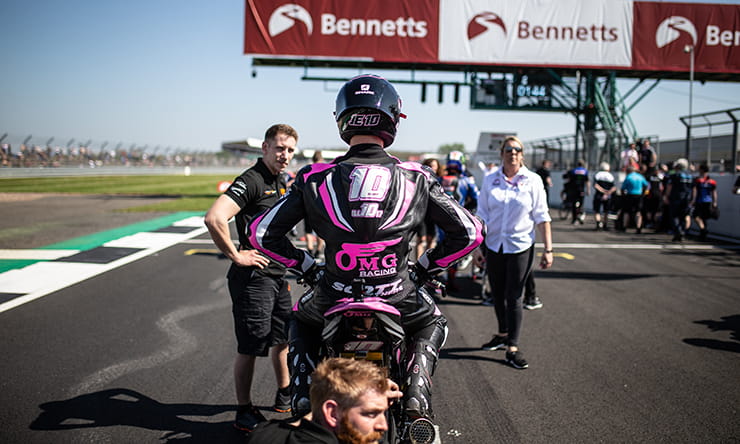 OMG Racing’s Josh Elliott admitted to BikeSocial that he was ‘surprised’ after collecting his first Bennetts BSB victory, walking away as joint-championship leader from the season opener at Silverstone.

Elliott was handed the victory from race one following Tarran Mackenzie’s three second penalty, after taking out team-mate Jason O’Halloran at the final corner of the last lap.

The Northern Irishman then backed up his performance in race two by challenging all race long, keeping Mackenzie on his toes, eventually settling for 20 points and second place, giving him the joint lead in the Championship with the McAMS Yamaha man.

“I have surprised myself this weekend,” Elliott said with his Dickies rider of the day hat on. “When we were sitting on the grid for race one in fourth I didn’t really know what to expect. I just thought I’d keep my head down and see if I can hold onto those in front.

“I was holding onto them quite comfortably and that surprised me really but then I had a few issues with the front end, I dropped back slightly but I did really shock myself this weekend. I think I’m just going to continue to surprise myself a little bit. 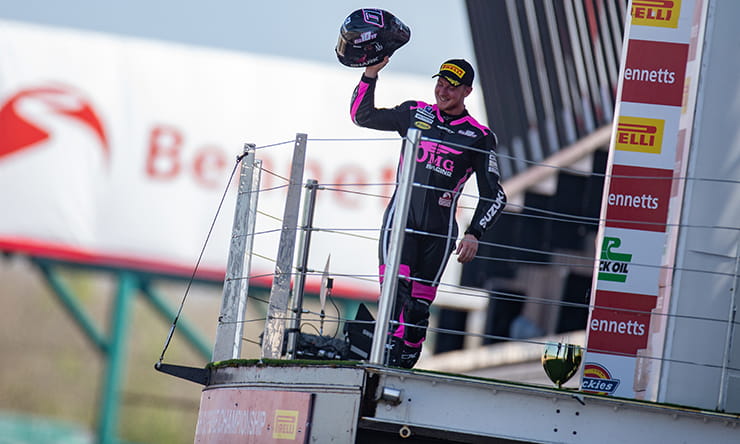 “I came here really wanting to get into the top ten. I thought ‘if we can come away in the top ten with good points, I’ll be really happy’.

“Going into qualifying though we made a big change and put ourselves in fourth on the grid, so it really made a huge difference to the bike. I just knew from then, ‘ok now we can challenge’.”

Prior to the weekend Elliott was 100/1 with the bookies to win the first race of the weekend, a real outside shot, but a bet that if anyone took would certainly brighten the Easter weekend further thanks to the former National Superstock 1000 champion.

And the OMG Racing man expressed that it was a dream weekend for both him and the team, who at the start of the season nobody in the paddock expected to beat his team-mate, never mind gain showdown place.

“It’s unbelievable that I’m walking away from my first BSB weekend as joint Championship leader, I can’t believe it, I can’t actually put it into words.

“It was just a dream weekend, everything went well and it’s down to the hard work we put in during testing. We’ve worked really hard over the three days at Silverstone, my crew gave me a great bike. 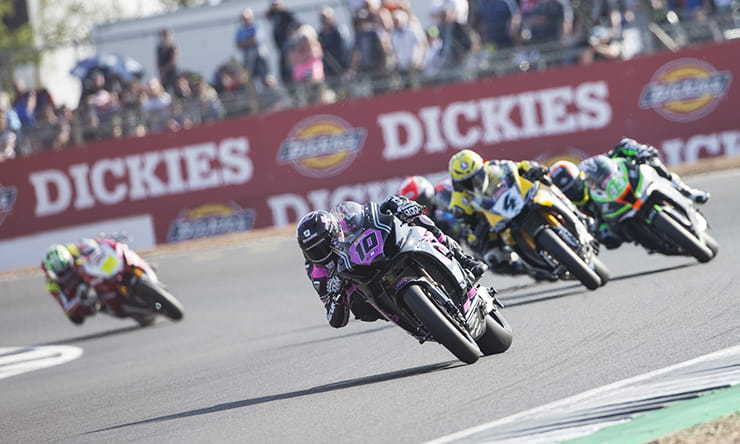 “Credit to OMG Racing they’ve worked so hard, they’ve believed in me and put a great package under me. They’re a great group of people, I can’t thank them enough and it’s an awesome way to start the season with a 1-2.

“I’m going to Oulton park now full of confidence and hopefully I’ll keep the ball rolling, keep working hard and we’ll see where I end up.”

Elliott was handed the second superbike seat on the OMG Racing Suzuki before Christmas, after the midland’s based outfit dramatically spilt with Gino Rea, who rode for the team in 2018.

Although Elliott is a former British champion he lines up next to Luke Mossey as the team’s number two rider, who is on different suspension to the former Kawasaki rider, but he admitted that the pair share data and have a great working relationship.

“We’re all one big team here, we look at each other’s data. If I can help him then I will and vice versa. 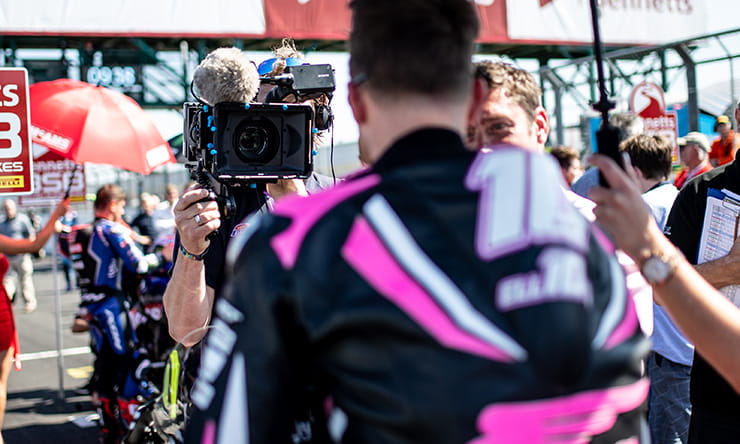 “Yes, we’re on different suspension, and settings wise we are a bit different but we still look at the data and try and help each other. K-Tech have brought out brand new forks this year and a rear shock, it’s mega.

“Credit to my crew chief, Ray Stringer, he’s given me a great setting on the bike and I’m just going to try and keep the ball rolling now, continue to keep my head down and work hard.”

There has been much talk within the Bennetts British Superbike paddock that Ohlins is the suspension to be on, with only three teams running with K-Tech suspension the Moira based firm knew they’d have to up their game in 2019.

But Elliott expressed that after testing both packages in Spain at the end of 2018 that the K-Tech was the better product and is helping him perform in 2019.

“The feeling I’m getting is much different to last year, you can feel every click now. I did ride Ohlins last year and I tested the K-Tech at Cartagena last year, and instantly I was like ‘this is really good’ and I knew then that we had a really good bike.

“Then going into testing it was really fast, they’ve worked really well, K-Tech have given me loads of support and this was a great way to repay them.” 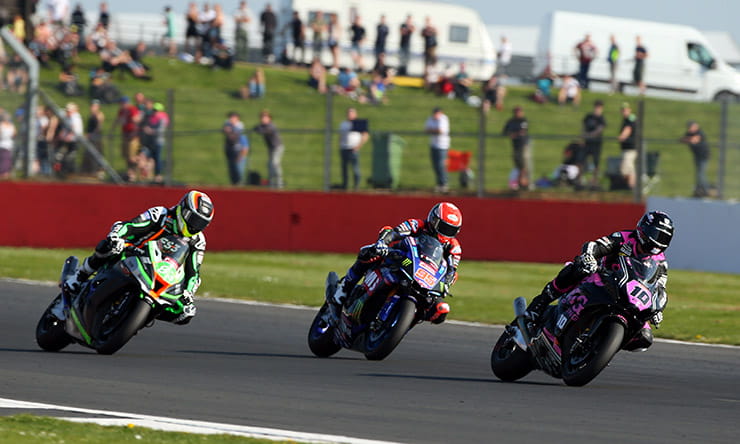 With just two weeks to go before the second round of the Championship at Oulton Park, Elliott and his team have a test at the Cheshire track on Thursday, and he knows that the hard work isn’t about to stop.

"Riding with those guys at Silverstone I can see where they’re good, and where we’re really strong.

"It’s important we keep working really hard and try and always get the maximum out of the bike at every circuit, and if we do that we won’t be far away from the top of the Championship.

"At the end of the day I didn’t say where I wanted to be position wise at the start of the year, because I think if we keep on working hard and get the maximum out of me and the bike we’re not going to be far away, we’re going to be there challenging and that’s what it’s all about."

Elliott is real family man, his Dad has put everything in his son’s racing, from his own money to his own hard work building and repairing his bikes.

There were emotional scenes in parc-ferme with a tearful ‘Joshi’ hugging his Dad after race one, and the 21-year-old expressed the two trophies he walked away with on Sunday were as much for his Dad as they were for him.

"He’s put a lot of his own expense and money into my racing, so it’s nice now to repay him and see the results come. He always believed in me and it’s nice to show everyone else what I can do. It’s been awesome."