Tommy Bridewell: “I was 100% willing to crash in race two” 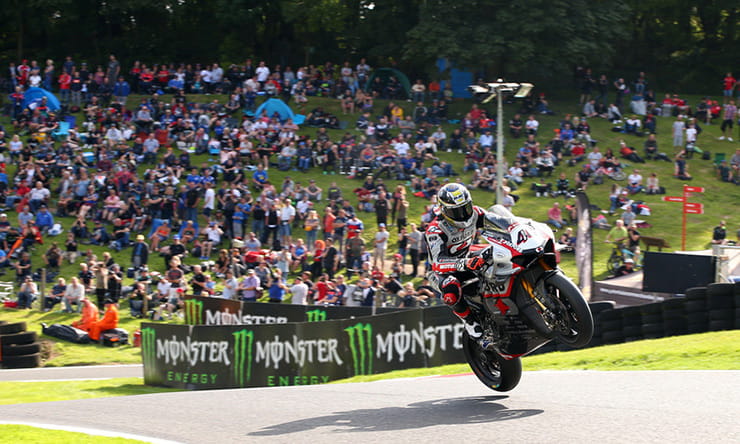 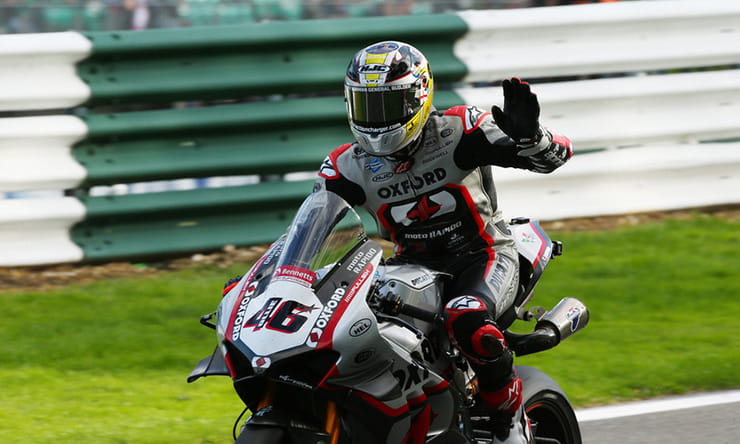 Tommy Bridewell admitted after his double podium at Cadwell Park that he was pleased with his and his team’s work after struggling at the beginning of eighth round of the Bennetts British Superbike Championship.

Bridewell struggled with getting his Oxford Products Moto Rapido Ducati stopped during practice and qualifying in Lincolnshire but, as he’s shown all year, he pulled it out of the bag on race day with a double podium, after comfortably leading race two.

Even though the likeable Devizes resident has cemented his place in the Showdown for 2019, he’s waiting on that elusive first win of the year for Steve Moore’s team.

“I am happy for definite,” said Bridewell smiling from the Cadwell Park pit lane. “I’ve got to be honest at the weekend I didn’t feel amazing, but the team worked so hard to make me feel comfortable and we’ve made it work so that was the main thing.

“It’s odd really because going in to the weekend I was really up for it and I thought we were going to have a mega weekend, but to be honest, I know that Josh won race two, but that was not an easy win for him and it wasn’t an easy second for myself.

“I was absolutely on the limit and then some, so I’m really happy with the way the team got the bike ready for me to feel a lot more comfortable, I tried to check out at the start and by eight laps I thought perhaps this plan isn’t going to work out.

“We have made it a lot better but we’d just need another step again if we had a third race. It’s credit to Josh and Danny they were nice, good and clean races and the crowd was mega.” 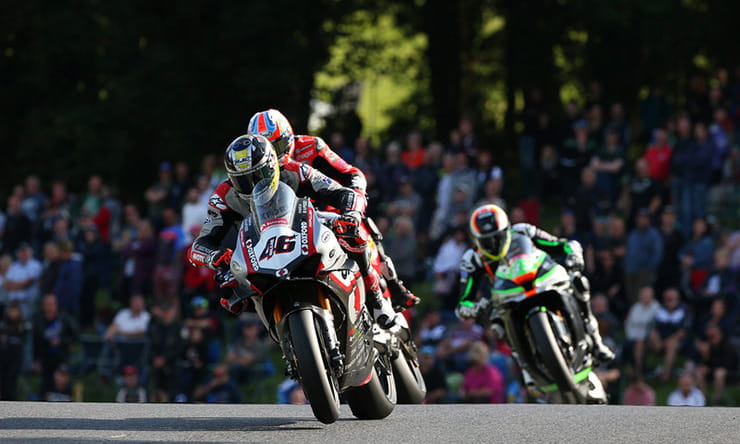 Above: Bridewell struggled until he got his dead down on race day

Bridewell grabbed third place in the opening race at Cadwell Park, but during race two he led the way in a three-way battle with Brookes and Buchan, pulling a 10 second gap on the chasing pack.

By the chequered flag Buchan settled for third place, 16 points and a further podium credit while Brookes won the battle. Bridewell admitted that his close friend simply outrode him.

“The bottom line is Josh won race two because he out rode me, I’m a realist and that is basically what it was.

“I’d not had the best confidence all weekend, which maybe hampered me a little bit. I always knew that Danny and Josh had superior pace and in race one, I didn’t expect to be as strong as I was, so going in to race two I was a lot more confident.

“But Cadwell is Cadwell, I chucked everything at it in the last two laps. With two laps to go he just had a little bit of a gap, but in sector one I nailed it and I was back on him and I thought ‘dig deep now’ and I was willing to crash, 100%.

“But the problem was I didn’t have anywhere to pass. I shouldn’t say it really, but if I was in that position on a different circuit I would have had a go, but the problem is at Cadwell you do have to weigh the whole situation up. 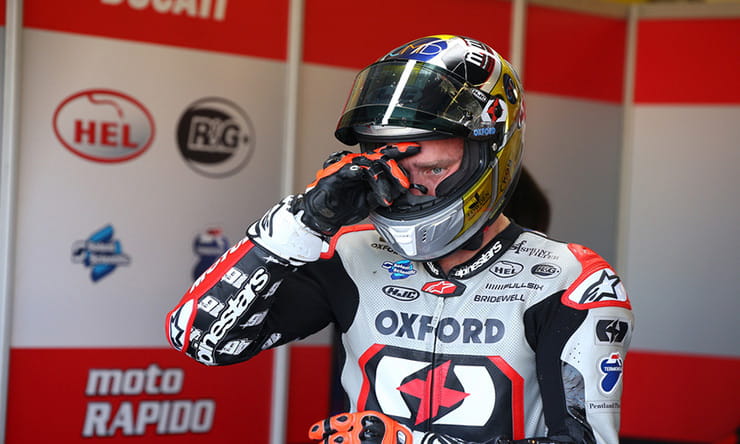 Above: Bridewell was pleased with securing Showdown spot

And he admitted that the beauty of their success is how consistent they’ve been throughout 2019, and not scrapping their way in much like Bridewell has done in previous seasons.

“Do you know what I like about it? For years you’ve seen other riders scraping in because they’ve picked up a 10th, an eighth or a sixth, and I didn’t want this year to be like that.

“I’ve always wanted to get into the Showdown comfortably, which is what we have done and we’ve pretty much been on the podium every round since the start of the season.

“It’s been a new bike for me, and the team, and it just goes to show how myself, the team and the bike are now. We need to up our game a little bit, I need to gain a little bit more confidence and learn to lead races. It’s coming, honestly it’s coming, and I feel good and the team are building confidence within me every weekend.”

The 31-year-old has finished all but one of the races in 2019, picking up 18 podium credits along the way, but now his place in the final six is already secured with three races to go, Bridewell is setting his sights high for the next round.

And he admitted that at Oulton Park, a free weekend for he and his team, he’ll be pushing for three wins to pull him closer to Brookes in the podium credits standings,

“We’re going to get p****d every night,” joked Bridewell. “No, the good thing is that Oulton Park has proved that me and Josh were very strong there, in hindsight going back I will make a lunge or something, but I say it loose lipped I wouldn’t ever put another rider in danger. 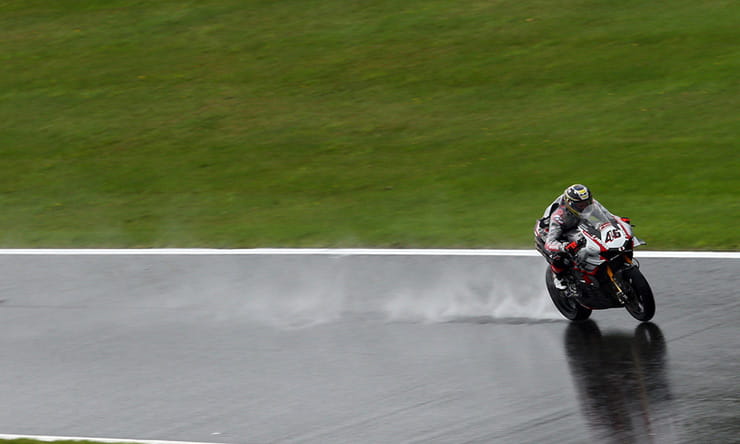 Above: Bridewell was one of the fastest in the wet on Friday afternoon

“I’d like to think now that I race safe and clean, but I might just try and force something, can say sorry after if I have to, but we’ll see I think it’s going to be interesting.”