Linfoot: “I now have a bike I’m happy to race” 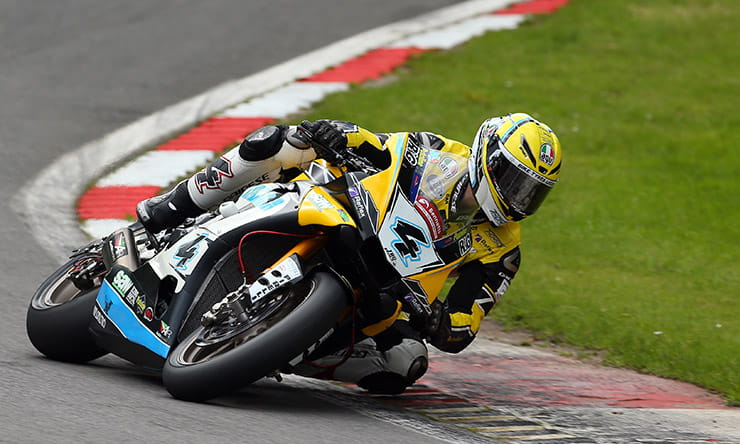 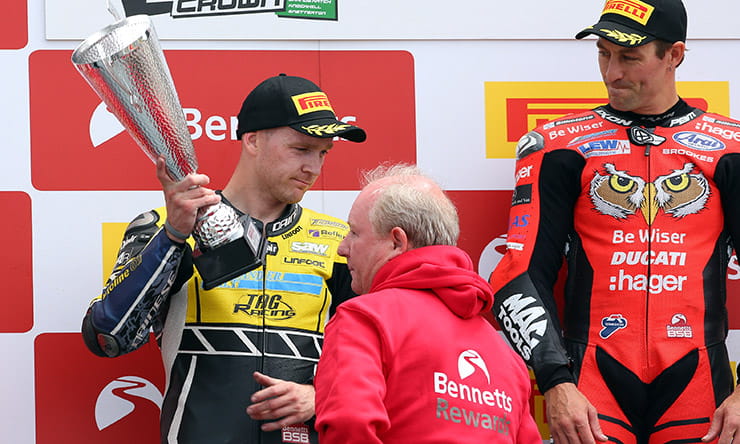 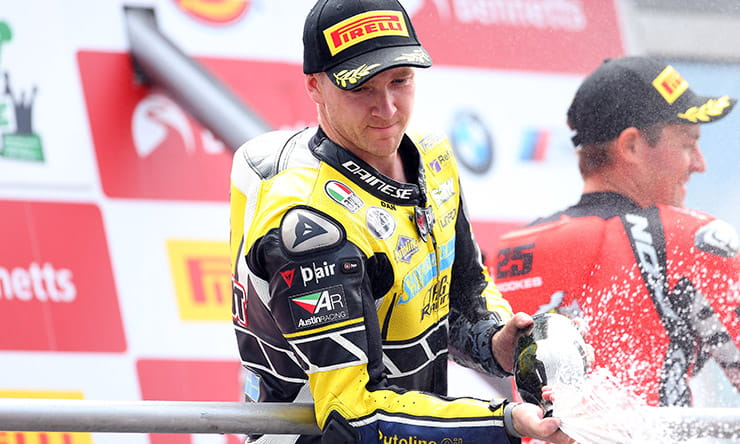 Dan Linfoot has explained the reasons why his start to the 2019 Bennetts British Superbike season has been difficult after overcoming issues at Brands Hatch, collecting his first podium of the year.

The Santander Salt TAG Racing man collected second place in Sunday’s opening race at Brands Hatch, almost sealing the victory but was pipped to the post by Be Wiser Ducati’s Josh Brookes in the final few laps.

However, Linfoot opened up after the weekend revealing to BikeSocial the real reasons why the 30-year-old has struggled in the opening three rounds, which saw the Yorkshireman leave every race scratching his head.

“I jumped on the TAG Racing superbike for the first time at Cadwell Park for a test at the start of the year, obviously I’ve been on a different brand of bike so when you’re just given a brand new machine with brand new suspension to you, you don’t know how the bike feels regardless of the suspension.

“All I did was ride the bike I was given, and I was encouraged by some good pace at the tests and the opening race, our one of lap times were good but I was shocked in those races at Silverstone. 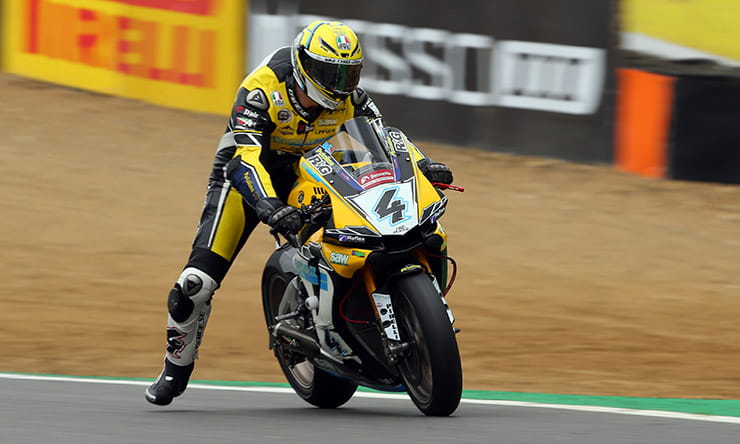 “By laps eight to ten I couldn’t continue with that pace because I had chatter in the front forks.

“So, from that moment on we were a little baffled as to why we were getting the chatter problems in the races, I thought, and identified, to the team that it could be brake related, so we spent one round trying to erase the problems.

“In other rounds we’ve changed loads of other components on the bike, wheels, clutches, we’ve put weight on it, all sorts of different things.

“One of the last resorts, just out of trial and error, was to change the front forks to an older model and straight away the chatter problem had gone, and that was where we started, and I had my proper weekend on the bike.”

The chatter issues Linfoot had been experiencing was from the brand-new model of Ohlins front forks, after changing many different parts of his Yamaha YZF-R1, the team made the bold choice to change the model of forks hours before qualifying at Brands Hatch.

It proved to be the right decision for the Swadlincote based outfit with Linfoot qualifying on the front row, collecting his first podium of the year and showing strong pace in the second race to finish fifth, and the top Yamaha in the series. 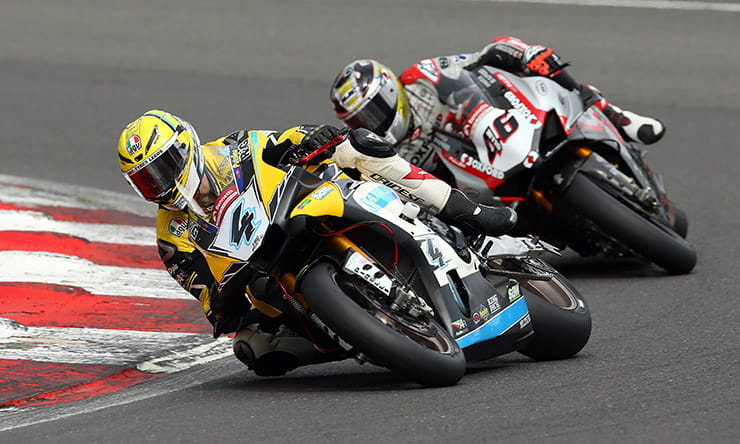 But ‘Linny’ admitted that he and the team were reluctant to change to the older model of fork because of the stigma around ‘newer is better.’

He also added he didn’t want to make the call because others running the new forks were winning.

“Definitely because Josh is winning on them and all the Ducati’s have the new model of Ohlins in and they are constantly at the front, so naturally you assume that the product isn’t going to be the cause of it, and we needed to be looking somewhere else.

“From that point of view, I can’t fault the team’s enthusiasm to change components and get down to the source of the problem, it’s just a shame that it’s taken us three rounds to get that far with the trial and error process and change the forks.

“Again, we don’t really know what the facts are and why the suspension did that, and that is now down to Ohlins to understand that.

“But from my point of view I’m comfortable with the old forks that we have and when the new forks are ready to try again, and they’re confident that the issues have been fixed, I’ll be happy to try them but at least for now I have a bike I’m happy to race.”

With the new product brought to market by Ohlins for the 2019 season, many teams have spent days testing what works and what doesn’t, with some teams such as Quattro Plant JG Speedfit Kawasaki reverting back to the older model. 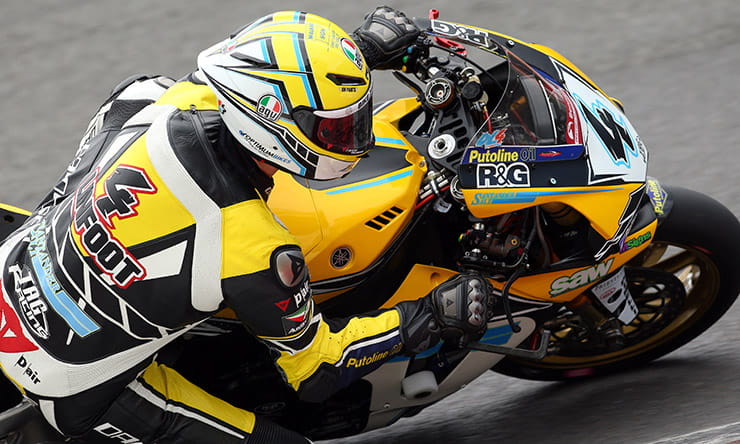 But Linfoot expressed that he, and his TAG Racing team, had exhausted all other options to clear the chatter problems, and added that the newer product isn’t working for him in any way.

“A lot of teams have changed from the new forks back to the old model, but quite a lot have tried going back to the new ones again.

“So, maybe some teams aren’t quite having the desperation feelings I was having, and they’ve just had bad feelings and they’ve tried to improve it.

“But in my scenario, I couldn’t race the bike, I couldn’t get past lap five without nursing her home.

“For me it was a solid decision to have to completely remove them from my bike until they have fixed the issues so to speak.

“In terms of Ohlins they have brought a new product out this year which they believe is better, and maybe it is better because the Ducati’s are winning on them and from that point of view you can’t say anything negative about them.

“But maybe just with our bike, or the way I ride, maybe I even had a bad set I don’t know? But at this point we don’t have the facts about that so I can’t say exactly what it was, all I can do is give the Ohlins staff and my guys the feedback that I am receiving from the bike, and how that has changed in a better way since we have changed back to the older set of forks.” 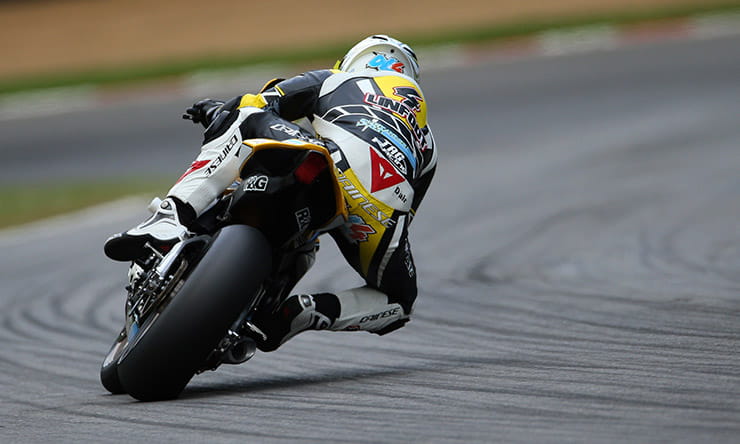 2019 has seen a big change for Linfoot, moving away from the Honda Racing team who he had much success with over a five-year stint in the Bennetts British Superbike Championship.

But, Linfoot admitted he’s enjoying his new surroundings, working with a new crew that almost won the Bennetts British Superbike Championship in 2017 with Josh Brookes.

“But the guys are on my wavelength, we get on well and we have a laugh even during the sessions when we are talking about technical stuff.

“They don’t take it personally when I’m feeding back negatives about the bike, at the moment it’s all been positive, and they haven’t doubted me at any round so far this year when we’ve had all the problems. 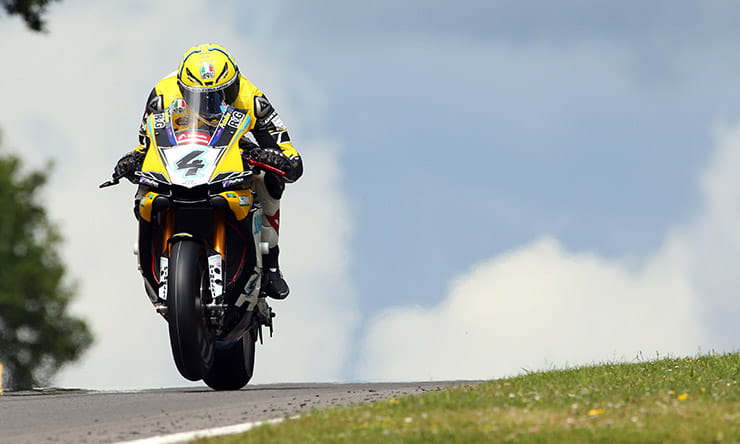 “As a rider that is nice because the thing you don’t want is for a little problem to create a rift between you and your team, when actually there is a genuine problem.

“So, it has been nice to get through these rounds without turning against each other so far and that is great, so as long as that continues it will be a happy relationship.”

Linfoot’s team is one of the best privately run squads in the paddock, and he feels that their easy-going nature and willingness to stop at nothing to improve their package is exactly what he made the switch to them for.

“It means a lot, don’t get me wrong I could have a laugh with the Honda guys at times but in general it was a very corporate place to work.

“But with the TAG Racing guys it’s not about that, it’s their hobby that they take very, very seriously, and they will do whatever it takes to make the bike better and make the rider happy at the moment and that is the feeling I get.

“So as a rider that is what you want, whatever you make a comment about if they can understand that, apply that and make an improvement to the bike from my feedback that’s what I’m in it for really.

“I’m relaxed, I feel a little bit under pressure now because I’m quite far back in the Championship and I have loads of points to claw back to the Showdown after the bad start to the season, all that remains is to claw those points back and enjoy it while we are doing it.”

Although Linfoot seems to be getting back in his stride after overcoming the chatter issues that has plagued him since round one, there is one thing he is worried about overcoming, the strength of the Ducati V4R.

All three Ducati’s pulled away in the second race from the likeable Yorkshireman, who admitted that he’s worried about their early dominance of the series.

“Yes, it’s very worrying. I feared that earlier in the year when they started so strong at Silverstone, I expected them to take a few rounds to find their feet but at Oulton they were really strong, and they looked so good.

“At Brands, after we’d sorted our issues, when I was in the first couple of laps of the race and I was looking at Josh and Scott I thought ‘right just do whatever it takes to stay with these guys.’

“And after the first four laps I quickly came to realise that I wasn’t going to be staying with them, or I would be throwing it at the fence.

“So, thought I’d stick at my own pace and not make any errors, but their pace was consistently faster than mine, and the three Ducati’s quickly pulled away from me so that is very, very worrying.

“Even if you look at Tommy, he’s going really well now but three years ago when he was riding a different bike you wouldn’t have put him in that position, so obviously the bikes are working really, really well.

“But it was nice to be the top Yamaha, and almost the best brand and team other than the Ducati’s.”