Christian Iddon: “It was a big decision to stay with Tyco BMW” 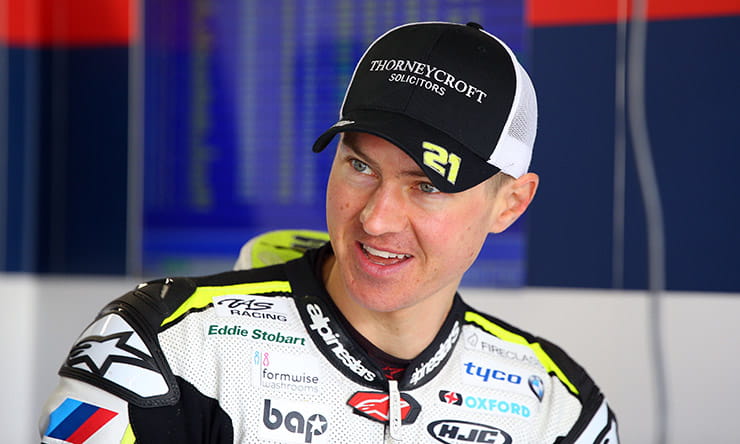 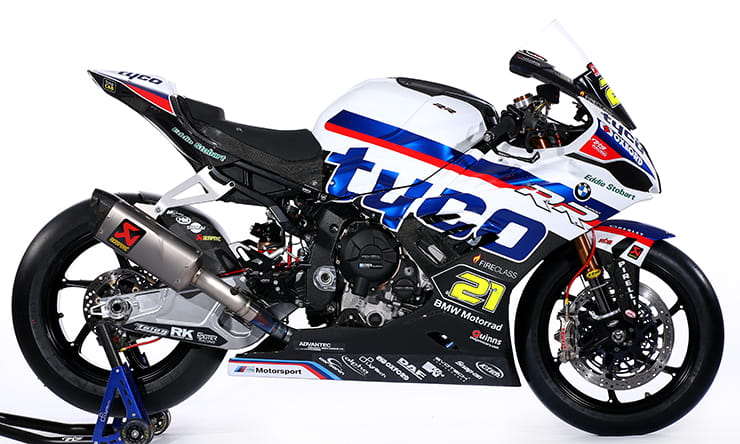 Tyco BMW’s Christian Iddon revealed to BikeSocial at the recent round of the Bennetts British Superbike Championship at Donington Park that he was close to leaving the Northern Irish squad last winter.

Iddon, who has been Mr. Consistent in the past three seasons with one of the biggest teams on the BSB grid, admitted that he felt he had done everything he could do with Philip and Hector Neil’s close-nit team, but one contributing factor made him stay put for one more year.

The Stockport man had offers from two other teams within the paddock during the winter, and he told BikeSocial that it was a big decision to stay with Tyco BMW.

“It was a big decision because I had other opportunities,” admitted Iddon from the pit-lane at Donington Park.

“I was lucky enough to have other avenues. One opportunity I was really, really upbeat about but they weren’t quite ready to say an absolute yes or no. The other one was what I’d consider not to be a better bike, so why would I switch?

“My hope was that the new bike would be enough of a confidence boost for myself, and the team. I don’t ever believe I need that, but as a group I was hoping it would be enough to relight the fire so to speak, put that spark back in the bedroom.” 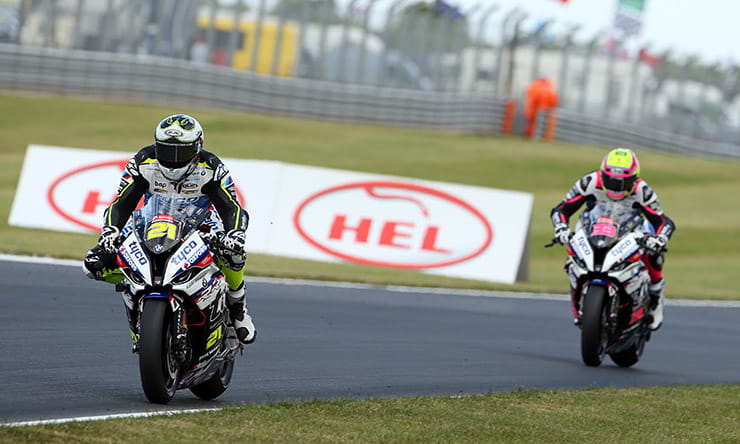 It was the obvious choice for ‘Iddo’, who has almost made the Showdown in the previous two seasons, to stay with the friendly Northern Irish outfit to develop the brand-new BMW S1000RR into a race winning package.

And it would seem that the likeable former Supermoto Champion, made the right choice, even if he and his team have plenty of work to do.

“We have a lot of work on, and we need time outside of racing and the race meetings to get this bike to where it needs to be.

“I lost the chance to fight for the win at Donington after the mistake I made, other than that the lap times are pretty comparable, and we’re talking hundredths.

“You need to be consistent, but it’s very hard to do that when developing and testing parts while at a race meeting.

“Tyco BMW has a big involvement not just in BSB but the roads, so while the guys are away at the TT we are just sitting and waiting. Over the next few weeks nothing is really going to happen.

“It would be nice if we could get out, I think there is a test at Knockhill, and I’m pretty sure we’ll be there. As long as we’re doing what everyone else is doing that is ok with me.” 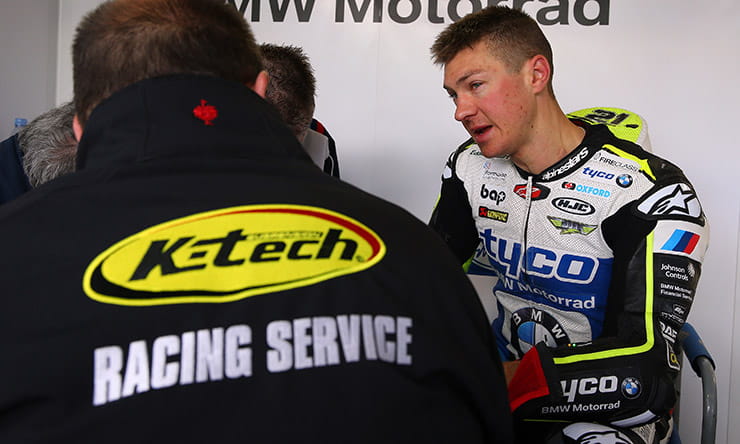 It has been over five years since Iddon has had the chance to develop a new motorcycle, the last was in 2014 when he signed for the Bimota squad in World Superbikes.

Although it is trial and error the 34-year-old admitted he was enjoying the role of being the main test rider with the factory backed outfit, while racing to become the 2019 Bennetts British Superbike Champion.

“I love it,” smiled Iddon. “The difficulty is we are trying to develop during race weekends and the lack of testing hurts us so much.

“We had a new swingarm to try at Oulton Park but we didn’t throw it in because we didn’t feel we were ready. I put it in at Donington and Keith (Farmer) didn’t because we need to, someone has to do it.

“We did FP1 on the old swinging arm, which is what we know, and the new one went in for the second session, but it isn’t just a swinging arm.

“So I started FP2 with an entirely new motorbike, It isn’t direct comparison you need time for that, there is ways we could have done that because there are parts that will fit in both but we can’t do it at BSB. 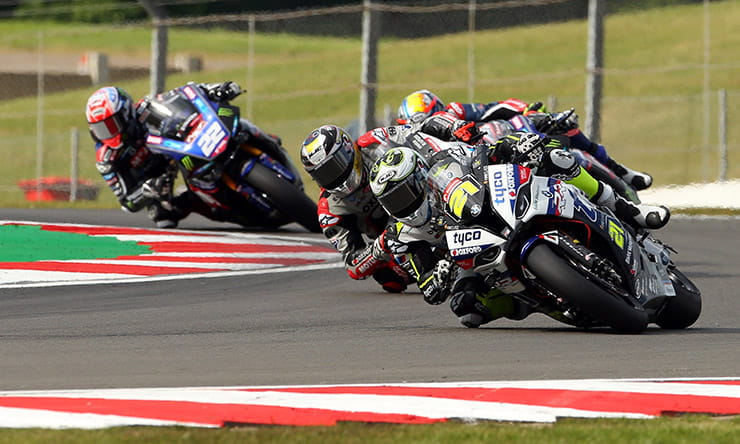 “By the time we got to FP3 I had to start biting the screen because nobody is messing around here, so we’re saying, ‘lets test, test, test,’ but then I’ll say ‘I need to put a lap in.’”

With BSB rules less stringent to MotoGP and World Superbikes, the only rule is that teams cannot test at the circuit they are visiting next within seven days of the event, but testing costs money.

Hiring of the circuit, tyres, fuel, mechanics wages, the list goes on. However, Iddon expressed that there is one saving grace for him and team-mate Keith Farmer.

“The thing that has helped us is that the base bike is very good, so the old bike used to be very, very reactive to the point that you could make a mess of it very easily.

“But with the new bike it seems to keep its position that little bit better, you can make a change and not be afraid to try it in race scenario.

“The chassis will take a lot more than the previous model, it reacts to changes but we can be brave enough to try and change things, it is a work in progress. 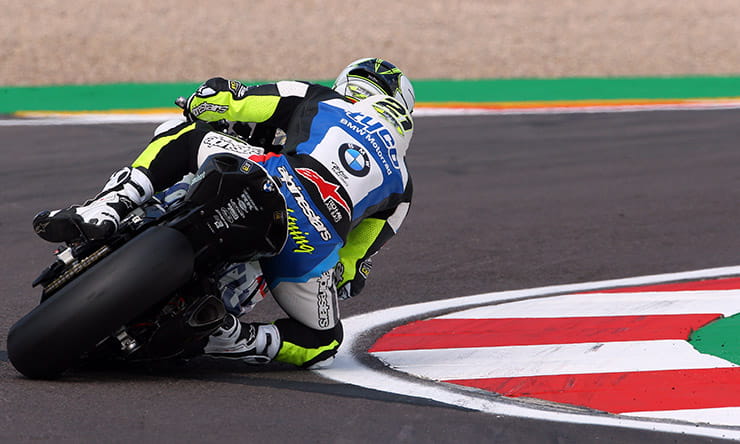 “At the moment the engine is stock, we had the shift cam working at Donington, it didn’t make a big change, but you don’t need big changes because this is BSB where hundredth’s matter.

“I don’t know what the plans are for engines, but again if you change that it can make a difference to everything, the whole bike tightens up.

“I’m excited for the prospect and the challenge, I’ve been with BMW a long time. I wasn’t sure what to do at the end of last year, whether I’d done everything I could do within the team.

“But then the prospect of the new bike made me think ‘I can’t spend three years on the same bike then move on when the new bike comes along.’ We can see that myself, Keith and Hicky seem to be doing pretty well on it, it shows it is a good bike and a good package, we just need time.” 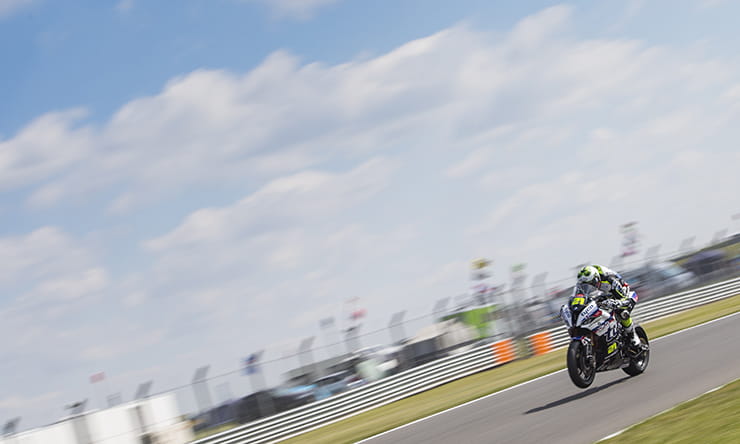