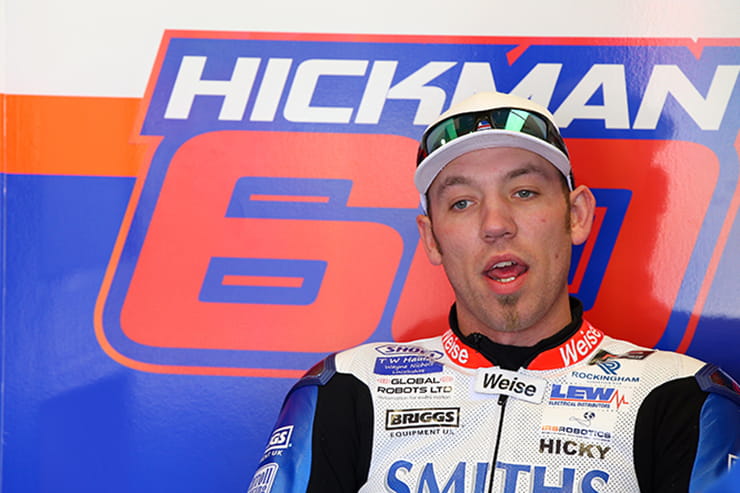 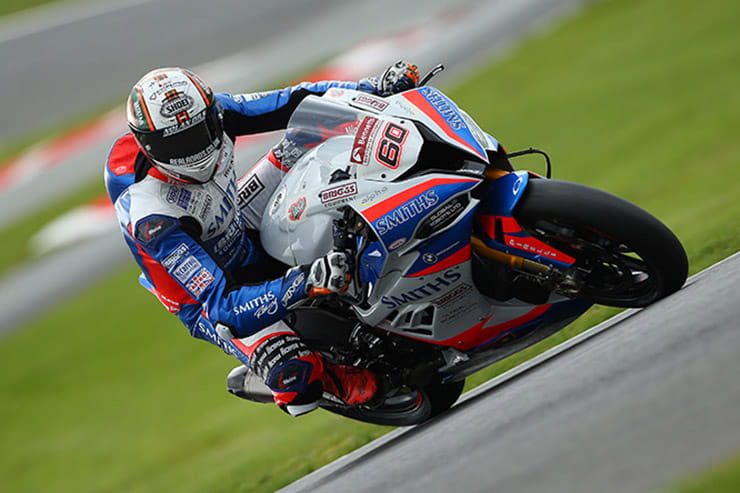 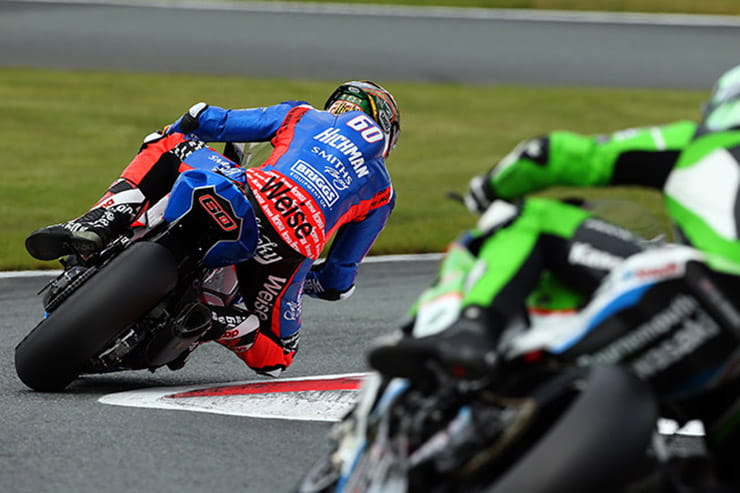 Smiths Racing’s Peter Hickman felt hard done by having being pulled off the grid for race two of the Bennetts British Superbike round at Oulton Park, forcing the Lincolnshire man to start from stone last.

Hickman was dramatically taken off from his starting position after failing a tyre test on the grid, which is a new rule for the 2019 enforced by MSV to avoid riders running unsafe tyre pressures during races, aiding rider safety.

But the world’s fastest road racer admitted to BikeSocial after Monday’s second race that it wasn’t a deliberate act, and that he wouldn’t run pressure’s too low as that hasn’t been a part of his set-up in his career.

“It was a little bit of a nightmare,” expressed a frustrated Hickman to BikeSocial. “There is a new rule this year that the tyres on the grid are randomly checked and you’re not allowed to be under 1.65 bar in the rear from the start of the race.

“We had our tyre pressure gauge checked with Pirelli, we put the tyre in and checked it and we were at 1.65 bar.

“They then came around and checked it with their gauge and it said 1.61, so we tried to put some air in it, the guys gave it a few pumps, but it went to 1.64 and we told to get off the grid and that was that. 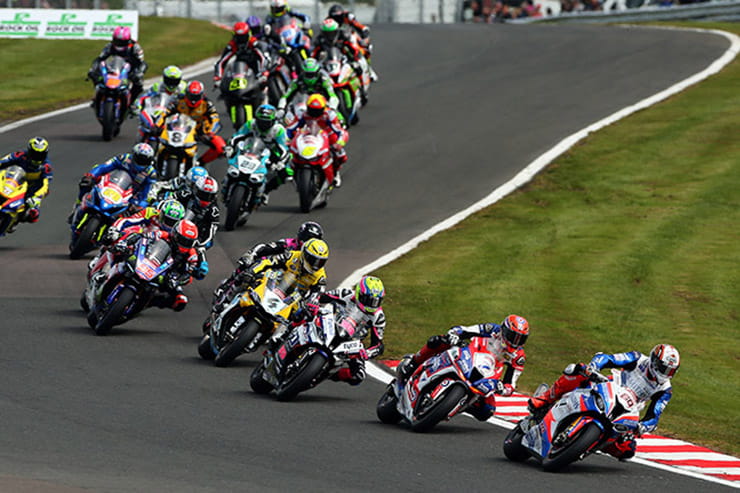 “It wasn’t a deliberate act, we don’t want to run the tyre pressure too low because I don’t like it, but it’s just one of those things I guess.”

In the opening two rounds of the season several riders, including Hickman, have been dragged off the starting grid due to incorrect pressures in their Pirelli rear tyres, with the rule applying for all classes that run the Italian manufacture’s rubber.

The idea of the rule is to increase rider safety on track and avoid issues such as delamination, however Hickman felt after the race he’d be dealt a tough hand, because he knew he had the race pace to challenge Brookes and Bridewell at the front of the pack.

“I think the punishment didn’t fit the crime in a way, it wasn’t a deliberate attempt to run the tyre pressure too low because we didn’t want to do that, but rules are rules.

“It was what it was and there is nothing any of us can do about it. I fought my way back from dead last on the grid to 11th in a really strong field, and to be fair if I hadn’t made a mistake on the last lap I would have been ninth. 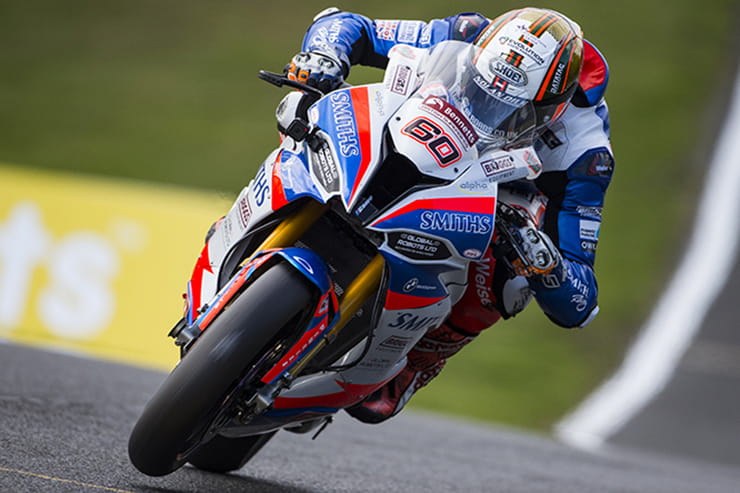 “We had the pace for the podium in both races, even in race one, I know I finished sixth I got stuck behind Scott (Redding) but I had podium pace so for me I’m quite happy.”

Hickman and the Smiths Racing team were the surprise package at the recent test prior to the race weekend, walking away third fastest in the dry.

‘Hicky’ qualified on the front row in Sunday’s Datatag extreme qualifying session and had shown he had race pace throughout the free practice sessions, which after only two tests and one race weekend onboard the all new S1000RR nobody expected to see it.

“We’ve had the bikes six weeks, we’ve got podium pace and qualified on the front row, so it’s a massive credit to Smiths Racing BMW and the work we’ve been doing behind the scenes.

“We are literally stabbing in the dark a little bit, but each time we are learning and we start moving forward. 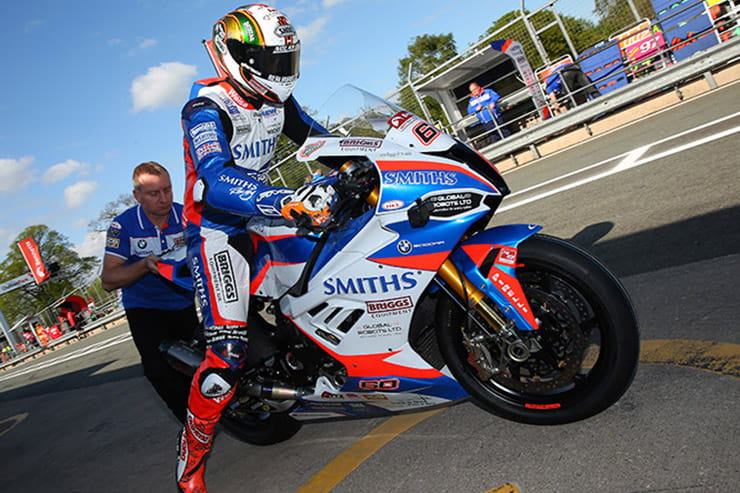 “Even for race two at Oulton we made a big change, which you don’t normally do, but from what we’ve learnt we think it was the right decision, even though I had to fight my way through the pack we made an improvement with the bike.

“My times were strong enough to be on the podium, even in race two when I was fighting through the pack. To turn around from zero to podium potential in six weeks is impressive.”

This break-through couldn’t have arrived at a more crucial time for the Lincolnshire man, as the roads season about to kick-off with the North West 200 in just under a week’s time.

However, last year’s star man on the roads admitted he hadn’t given a thought to his 2019 roads campaign, which Hickman has a lot of pressure on his shoulders to defend his crowns collected in 2018.

“To be honest I haven’t really thought about the roads,” he expressed. “We have just been focussing on the bike and learning, the roads will be whatever they will be. We head to the North West next week, but I haven’t even thought about it.” 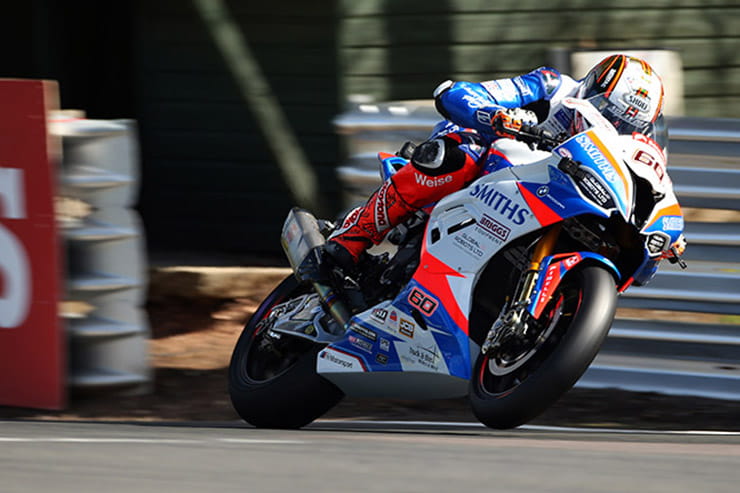 The usual six-week summer break in between Bennetts BSB action, the North West 200 and the Isle of Man TT has been scrapped for 2019, making life difficult for teams such as ‘Hicky’s’ Smiths Racing team, Silicone Engineering Kawasaki and the Quattro Plant JG Speedfit Kawasaki outfit.

Teams will have to travel back across the Irish Sea to Donington Park for the third round of the BSB Championship following the North West, then setting back off again for the TT immediately after.

Some teams will miss the first night of practice on the Island, which is set to run on race day of the Donington Park Bennetts BSB round at the end of the month, but Hickman admitted it won’t affect his mindset in any way.

“I always concentrate on what is next. For me next up is the North West so now I start thinking about that, and then after that is Donington Park but then once that is done then I’ll start concentrating on the TT.

“Whether subconsciously it affects me, I don’t know, I can’t really tell you, but I don’t feel like it does.

“I’m pretty adaptive as a rider anyway, I change my style very quickly depending on what the bike is or isn’t doing.

“Even during a race if the bike changes then I have to compensate for that and change how I ride. I don’t have to think about it too much, I’m fortunate for that, I just get on the bike and ride.”