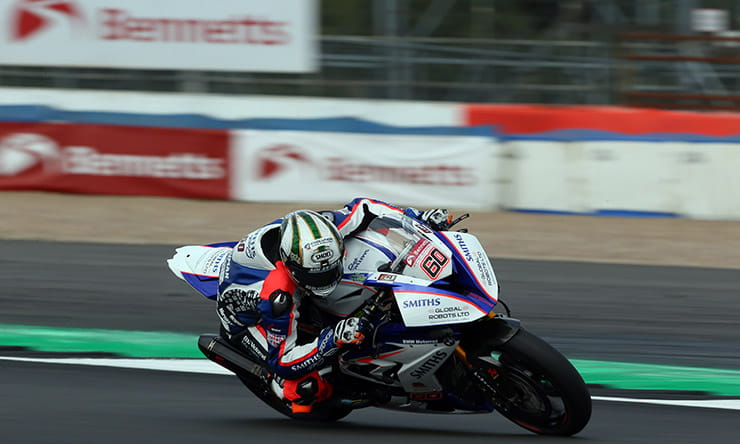 Smiths Racing BMW’s Peter Hickman admitted his situation in the third and final race at Silverstone didn’t faze him, as he kept his cool to secure a 2018 Showdown place, despite mechanical trouble.

Hickman dramatically secured his spot in this year’s fight for the title in the final outing on the National Circuit, although he didn’t collect any points his rivals struggled to finish where they needed to leapfrog the Lincolnshire man.

Following an engine change between race two and three, Hickman developed an issue on the warm up lap of the final 26 lap dash, which forced him into the pits meaning he would start the race from pit lane. 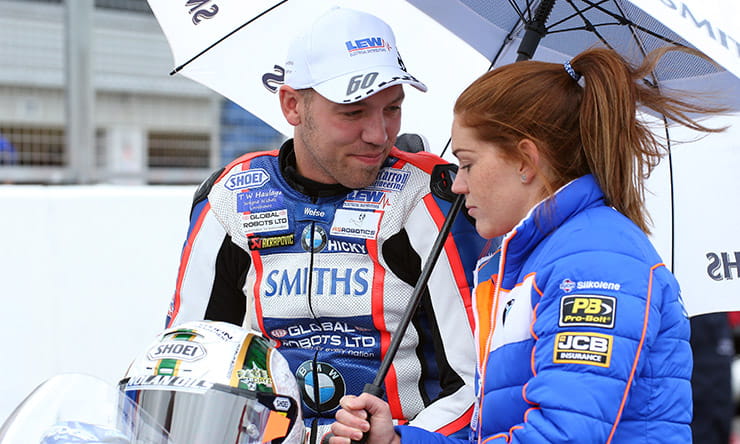 Hickman has made it two showdown appearances in two years

After a red flag on the second lap, the re-start played into the hands of the fastest man around the Isle of Man TT, which saw him start from his original grid spot and gave his team time to repair the issue that plagued the former Bennetts British Superbike riders cup Champion.

But with only a handful of laps remaining in the second part, the Smiths Racing BMW developed a further technical issue, leaving Hickman with just third gear, but he expressed afterwards he kept cool and calm under his helmet.

“My stress levels weren’t overly high,” admitted Hickman to BikeSocial after the weekend. “I knew I had an eight-point advantage, so it wasn’t the end of the world if I didn’t finish. As long as Christian (Iddon) wasn’t inside the top four and Danny (Buchan) wasn't inside the top seven.

“It looked like Christian was really strong at the start of race three, and he did a mega job with a broken collarbone, and my hat goes off to him, but my team have done a fantastic job as well.”

“Sunday was hard work, we had a few issues but that's the way it goes sometimes and luckily we've got away with it and we’re in the showdown, which is what counts.” 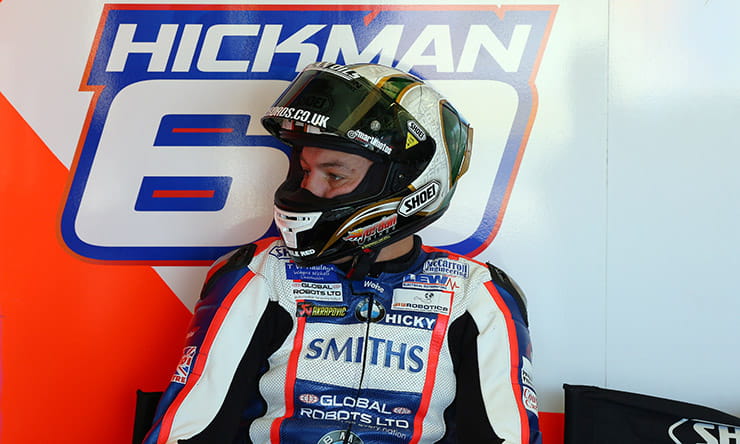 Hickman had an eventful Sunday afternoon

A DNF in race two following a blown engine put the pressure on the 31-year-old as his place wasn’t fully cemented in the all-important top six, and once again lady-luck wasn’t on ‘Hicky’s’ side in the last race of the triple header.

“As soon as I left the line for the warm up lap of the first start the bike had a problem, and I thought ‘it can’t be’ but after the next lap I knew it was an issue.

“So, I pulled straight in and I was thinking what we could do, the team ran for the laptop and I looked across and saw all of the riders lining up and Alan who starts the race was walking off the grid.

“I knew I needed to be at the end of pit lane otherwise I wouldn’t start the race, and if didn’t start the race and it was red flagged then we wouldn’t have got a chance of fixing it. So, I said I’ll ride it the best I can and if it gets stopped and re-started, we’ll fix it then.

“It was unfortunate for Luke, but fortunate for me that it was stopped really early on, we managed to find the problem and solve it, and then we created another one later on anyway but that’s how it goes sometimes.

“I was sat in eighth and I was catching the front group again, I knew I was in a good spot but then I was stuck in third gear and I couldn’t change it. For the last 12 laps I was in third gear and that was it, and I went all the way back to 19th.

“I was trying to keep going because I thought if I needed just one point, and I could get it, then it might make all the difference.” 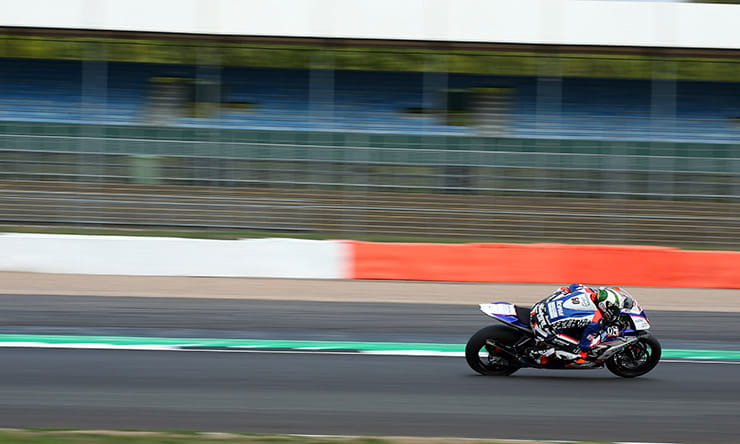 Hickman is the sole BMW in the 2018 Showdown

It has been a challenging short circuit campaign for Hickman and the privateer Smiths BMW Racing team in 2018, who have struggled with the all new Pirelli rear tyre for this season, but the Louth resident admitted that the hard work behind the scenes has eventually paid off.

“In the first three rounds we were nowhere really. The BMW struggles on a low grip surfaces and the first round was so cold there was no grip, then the next two rounds were scorching hot and the track temperature were really high, and again we had no grip.

“I had a couple of crashes, which were really out of character for me, I was trying to get to the front where I knew we should be and it caught me out a few times.

“Overall in the middle part of the season we have managed to make the bike a little bit better, but we are still struggling with the Pirelli rear tyre with the changes they have made to it for this year.

“It seems to have helped the Kawasaki’s and the Suzuki for this year, but for the BMW it is so sensitive to change it’s ridiculous, so it’s made it hard work, but we might have just found something that might help us.”

Hickman has sealed his place in the Showdown for the second year running with the all privately run Smiths Racing outfit, and Hickman was proud that the consistency has seen his team topple the official BMW backed Tyco squad once again.

“We’re the only BMW again in the Showdown, and we’ve beaten the official team so it’s all good for us heading into the final three rounds.”