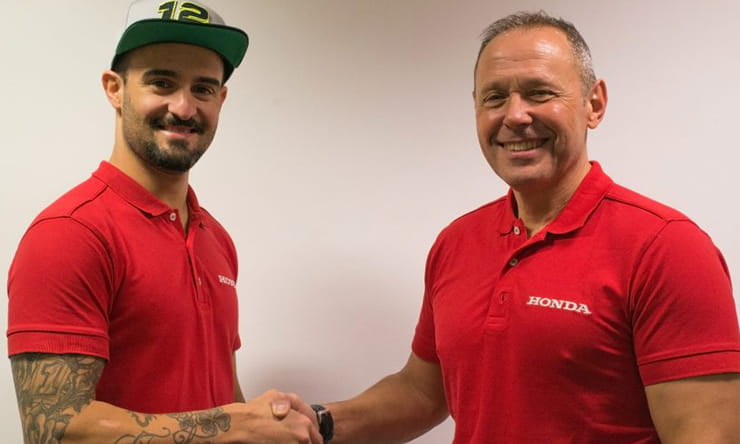 Bringing a wealth of racing experience with him to the British Superbike series, Forés has most recently competed in World Superbikes, where last season he collected five podiums and finished seventh in the championship.

Forés will now get to grips with the CBR1000RR Fireblade SP2 as the Honda Racing team prepares for the 2019 season with an extensive testing programme ahead of the first round at Silverstone on 19-21 April.

Xavi Forés said: "I am excited to come to England and race in British Superbikes! I have always watched the racing and it looks like a fantastic series with a great fan base. To have the opportunity to race in the UK and ride new circuits excites me and I’m looking forward to the challenge. Thank you to Honda for this opportunity and I can’t wait to get started!"

Team Manager Havier Beltran concluded: "We are delighted to welcome a rider with Xavi’s experience and pedigree to the team. Xavi had an impressive season in World Superbikes finishing seventh and collecting numerous podiums in a competitive series. This now completes our full team line up for next season in both Superbikes (Xavi Fores and Andrew Irwin) and Superstock (Tom Neave) and we can’t wait to get going with both testing and the 2019 season."