Haslam and Brookes collide in closest fight for victory in 2018 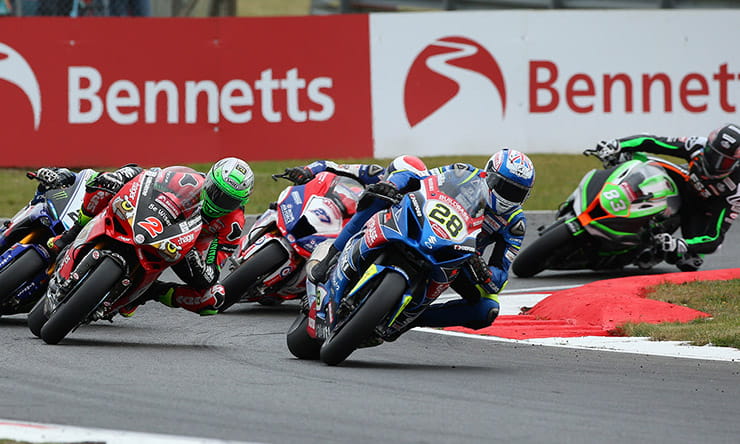 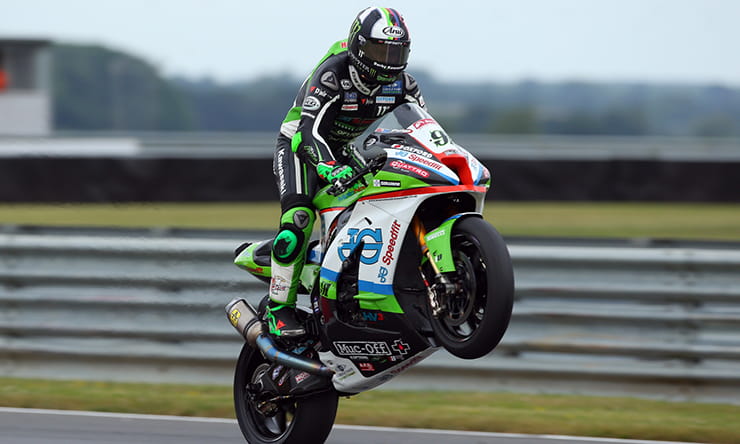 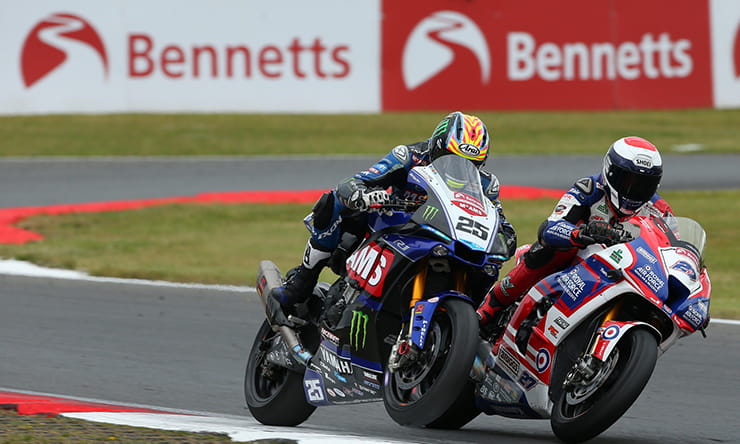 Leon Haslam doubled up on race victories at Snetterton following an incredible finish to the second Bennetts British Superbike Championship race when the JG Speedfit Kawasaki rider and Josh Brookes collided on the drag to the finish line in the closest finish of the 2018 season!

In the opening race of the day Bradley Ray launched off the pole position and into the lead ahead of Glenn Irwin but as the pack reached Wilson for the first time there was a collision into the corner and Andrew Irwin, Michael Laverty and the Honda Racing pairing of Dan Linfoot and Jason O'Halloran crashed out of the race.

The BMW Safety Car was deployed following the incident and as the pack formed up ready for the race to resume, Ray led Irwin, Jake Dixon and Danny Buchan with Haslam holding sixth place.

On the fourth lap the race continued and Haslam was on the move and he passed Buchan on the sixth lap and was then on a charge to the front, but it didn’t come easily for the championship leader.

And it was a disaster for his JG Speedfit Kawasaki teammate when Luke Mossey crashed out at high-speed at the end of the Bentley Straight, and he subsequently sat out the second race.

Haslam was pushing to move ahead of Brookes and he dived ahead at Brundles on the ninth lap to move up the order. At the front Irwin was closing on leader Ray but the Buildbase Suzuki made a mistake and slid out at Agostini.

Irwin then had the advantage from Haslam but Dixon and Brookes were battling for the final podium position which went down to the wire on the final lap; first Dixon made a move on his Australian rival on the brakes into Brundle, but he fought back to regain the advantage at Murrays. The pair were side-by-side on the drag race to the line but it was Dixon who held it.

Danny Buchan was fifth as he held off Tarran Mackenzie, who claimed his best result of the season for McAMS Yamaha with Peter Hickman carving his way up the order to seventh place ahead of James Ellison and Christian Iddon. Richard Cooper completed the top ten on the Buildbase Suzuki.

Race two was another battle to the finish with the top three at the chequered flag covered by just 0.129s! At the start of the race Ray had again hit the front of the pack, but Brookes was instantly on the attack and he made a move on the inside at Agostini to grab the lead for McAMS Yamaha.

James Ellison was running in the top five but a mistake a lap later put the Anvil Hire TAG Yamaha rider out of contention when he crashed at Agostini.

Brookes was holding off Ray and Dixon as Haslam moved ahead of Glenn Irwin and on the seventh lap moved ahead of the RAF Regular & Reserves Kawasaki rider as the ‘Pocket Rocket’ forged his way through the field.

Haslam was then piling the pressure on Ray and two laps later he made a decisive move at Riches to move into second. However there was more drama for Ray as the Buildbase Suzuki rider was under attack from Irwin. The Be Wiser Ducati rider had moved ahead at Agostini, but Ray fought back as the pair began an intense battle for position.

A lap later and as Ray went for a counter attack he lost the front and crashed out of contention, taking Irwin with him, ending their races prematurely.

The fight for the lead though was raging too and Haslam moved ahead of Brookes on lap 11, but a lap later and Brookes had repaid the move to fire the McAMS Yamaha back to the front. The championship leader was determined and he was pushing hard to get back ahead of the Australian and with two laps to go he pulled another pass heading into Riches.

It all came down to the final lap and Haslam had the edge but a hard-charging Brookes made a lunge at Murrays to grab a slight advantage. The pair though collided on the drag to the finish line and it gave Dixon the chance to split them with an incredible 0.129s covering the top three with Haslam victorious and Brookes in third.

Linfoot delivered a strong performance on his return to finish fourth after he was caught out with a lap one crash in race one, forging ahead of Buchan and Peter Hickman who completed the top six for Smiths Racing BMW.

Cooper was seventh ahead of the Tyco BMW pairing of Iddon and Laverty with Andrew Irwin scoring a top ten finish on his Bennetts BSB debut with Be Wiser Ducati.

The next round of the 2018 Bennetts British Superbike Championship take place at Knockhill on July 6/7/8. For more information visit www.britishsuperbike.com