IN PICTURES: The very best photos from Brands Hatch BSB

BikeSocial’s pick of the best snaps from round 6 of the Bennetts British Superbike Championship at Brands Hatch. 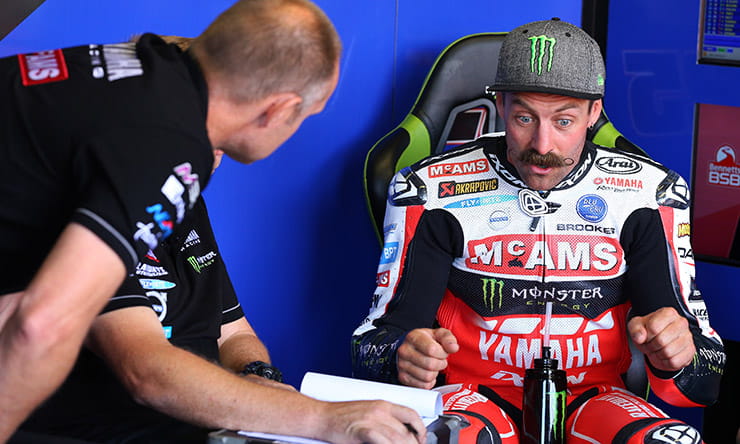 1. Un-tach-able – Josh Brookes rode to two dominate victories around the Brands Hatch GP circuit on Sunday. In doing so the former champ promised he would shave off the now much loved moustache and raise money for Movember Foundation UK. 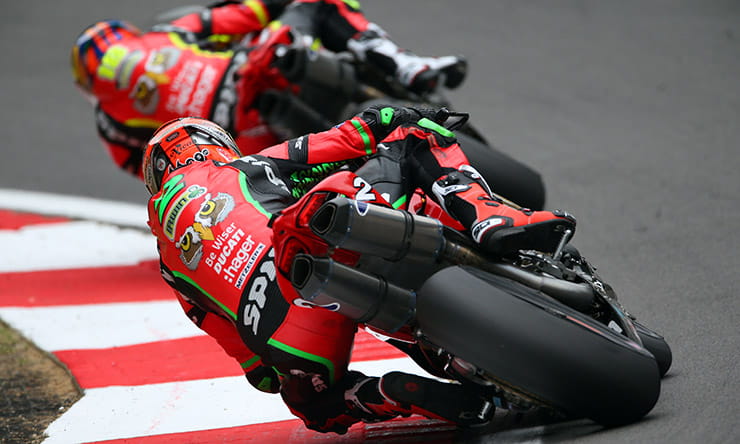 2. Sibling rivalry – It was another strong weekend for the Irwin brothers and PBM racing. A double podium for Glenn underpinned his title credentials and younger brother Andrew bagged more impressive points. 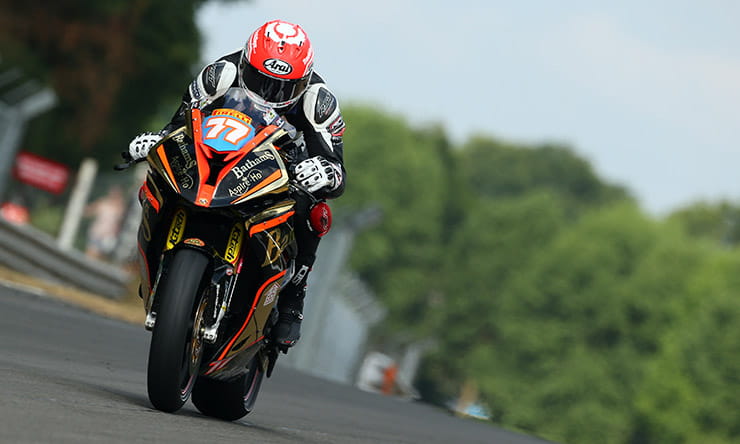 3. Return of the Mack – Fighting for wins again, the 2016 Superstock 1000 Champion returned to the class at Brands Hatch with Bathams Racing and was right back up at the sharp end. 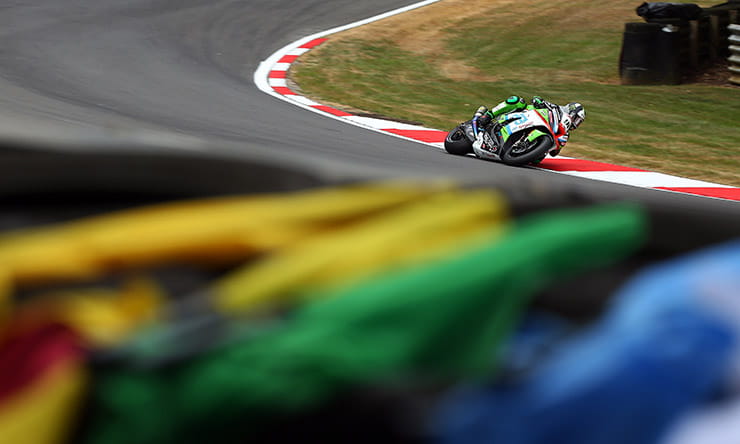 4. Pocketing points – Brands Hatch saw the end of Leon Haslam’s dominate run of form, with the Kawasaki rider only managing two third place finishes. However, this could be all he needs to do come the final round in a few months’ time. 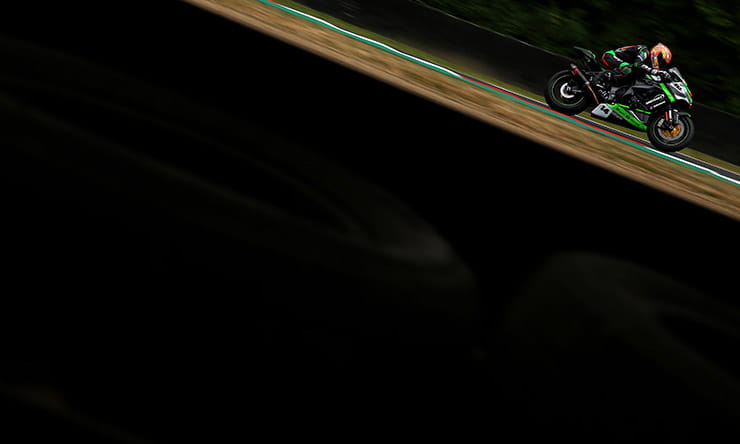 5. Lightening start – An issue for Lee Jackson in the second Superstock 1000 race saw the FS3 Racing rider start from dead last on the grid. Incredibly he came through to finish fifth! 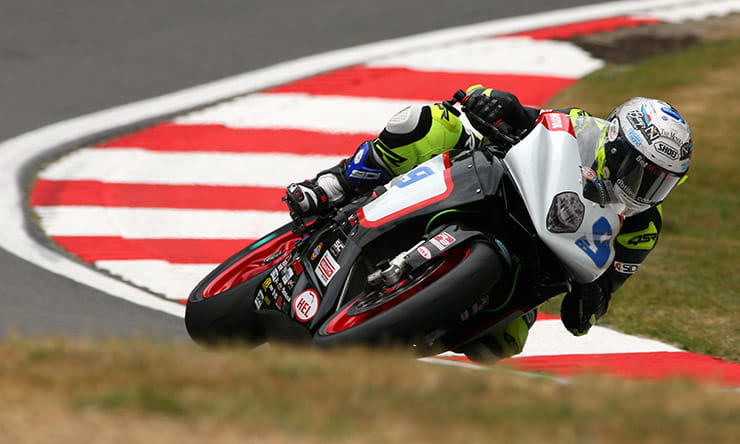 6. Seeley back in Supersport – On a track where the Wee Wizard has had many an epic Supersport battle in the past, the Carrickfergus rider returned to the class and looked at home on his new MV Agusta. 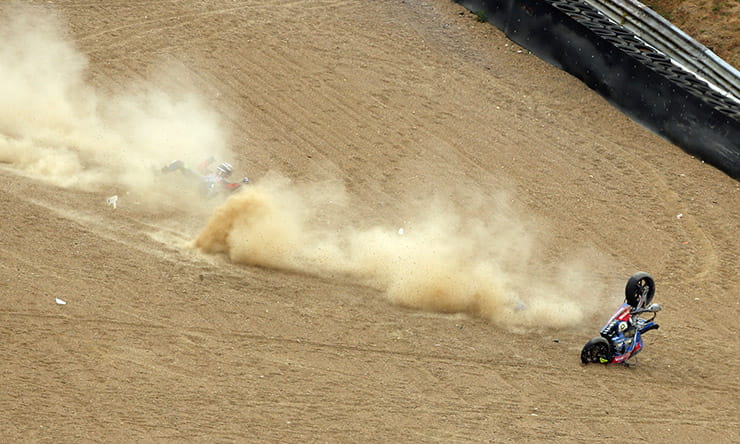 7. SuperCooperman – After Qualifying superbly, Richard Cooper looked set for a season best finish around his favourite track on the calendar. Unfortunately, a big crash on lap five heading into Paddock Hill Bend saw his Buildbase Suzuki come off a little worse wear. 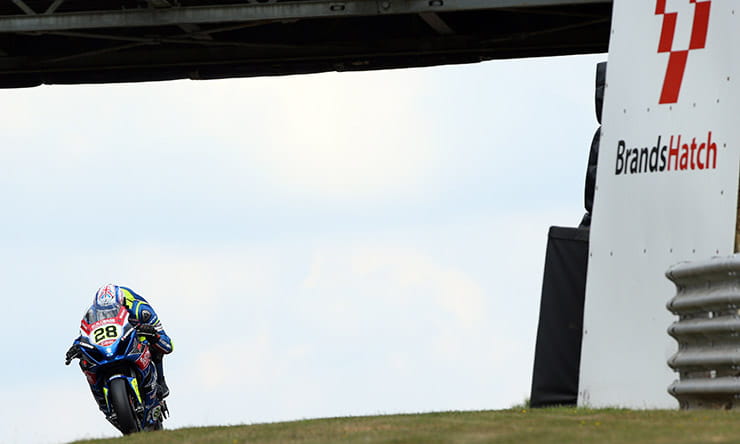 8. The local lad – It was a tough weekend at the office for Showdown contender Bradley Ray. The rider from Kent struggled to find a set-up for the warmer track temperatures, but do not count him out just yet! The conditions at Brands Hatch in October for the final race weekend of the season should suit him down to a tee. 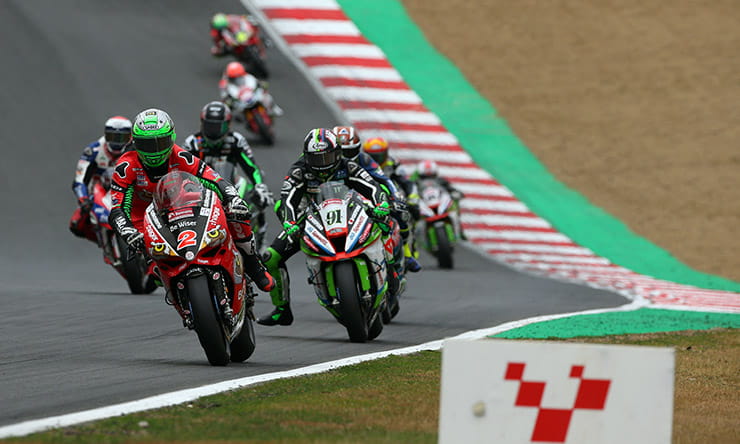 9. Hugging the white line – It’s always a treat seeing the BSB grids head out onto the GP circuit at Brands Hatch. It’s difficult not to watch in awe at how committed the riders need to be around the iconic 2.4 mile track. 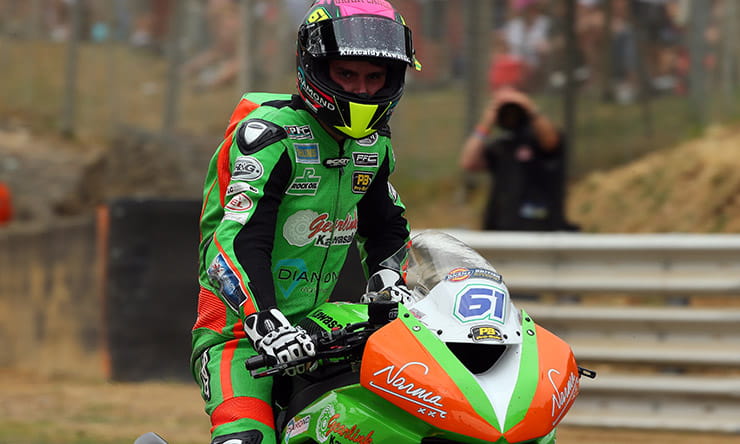 10. Final lap drama – Ben Currie looked set to maximize his points haul over an absent Jack Kennedy in the Supersport class, until a mechanical gremlin on the last lap put paid to the double. The Gearlink Kawasaki rider smashed his screen after crossing the line, but has got his title challenge well and truly back on track. 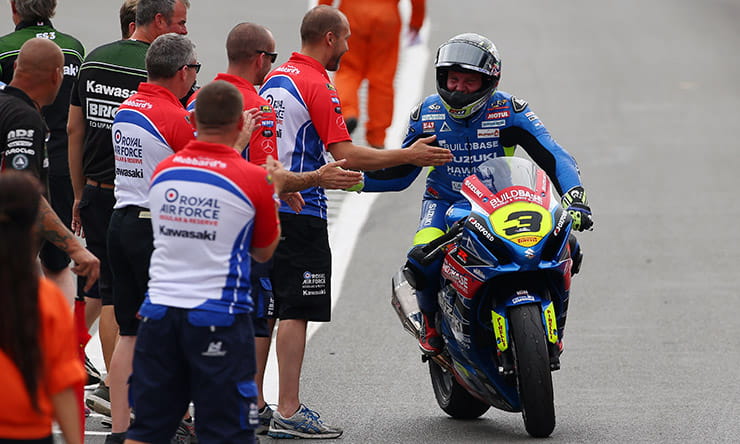 11. Back in the hunt – Billy McConnell bounced back from the disappointment of crashing out of Saturday’s race, to take victory in the second National Superstock 1000 race of the weekend. This is certainty going to go down to the wire. 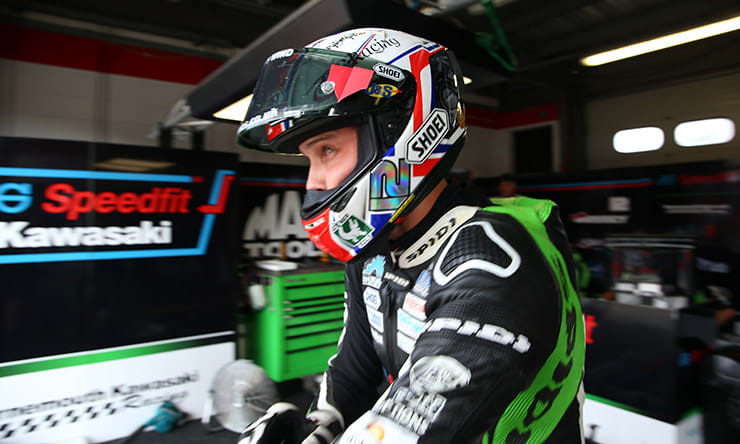 12. Confidence boost – After a tough few rounds for Luke Mossey, the JG Speedfit rider showed some impressive times during Free Practice. Despite not converting these to strong race finishes, expect him to ruffle a few feathers coming into the closing stages of the season. 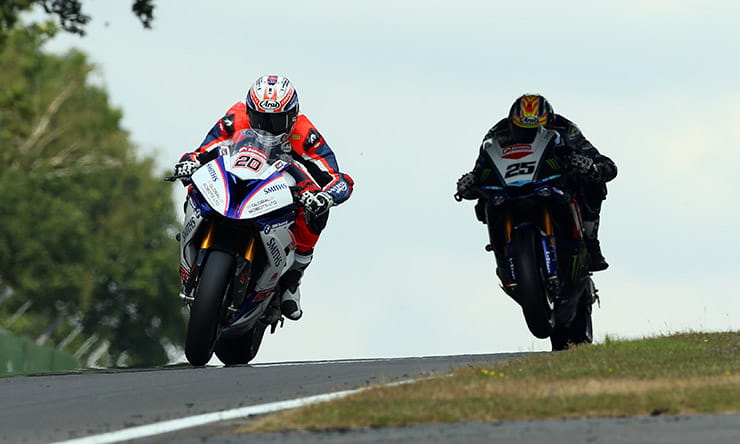 13. Out of the shadows – Josh Brookes and Yamaha certainly celebrated the R1’s anniversary in style over the weekend. The Australian secured his first victories of the season and looks a strong contender to win a second coveted BSB crown. 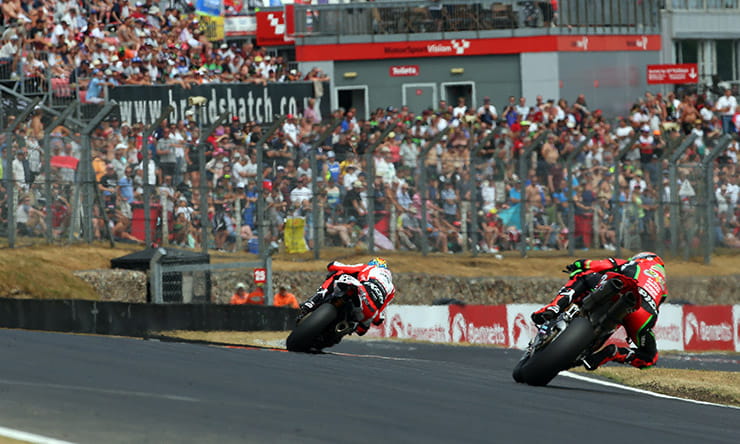 14. Cheering them home – It’s tough to beat a sun kissed Brands Hatch GP circuit, particularly when it’s jam-packed full of some of the best fans in the world. It’s little wonder riders love racing round there in front of us all. 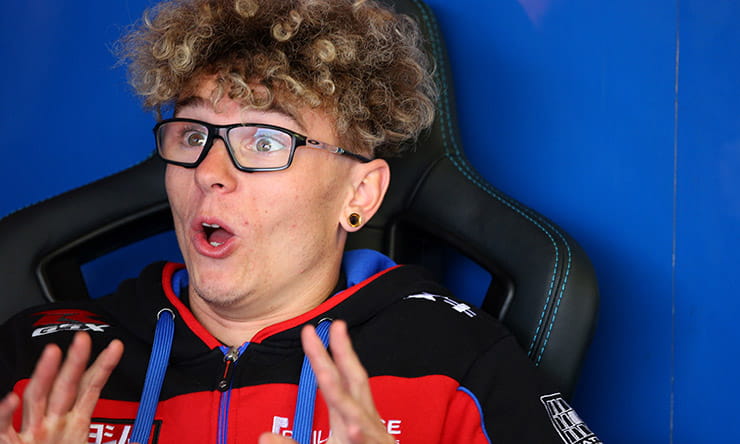 15. Set for Suzuka – As we leave Brands Hatch behind, many of the BSB riders now make the annual pilgrimage to the much anticipated Suzuka 8 Hours. Here’s Brad describing how a lap of the Japanese circuit feels like in the dark ;) Good luck guys!

The seventh round of the 2018 Bennetts British Superbike Championship takes place at Thruxton Race Circuit on August 03/04/05.