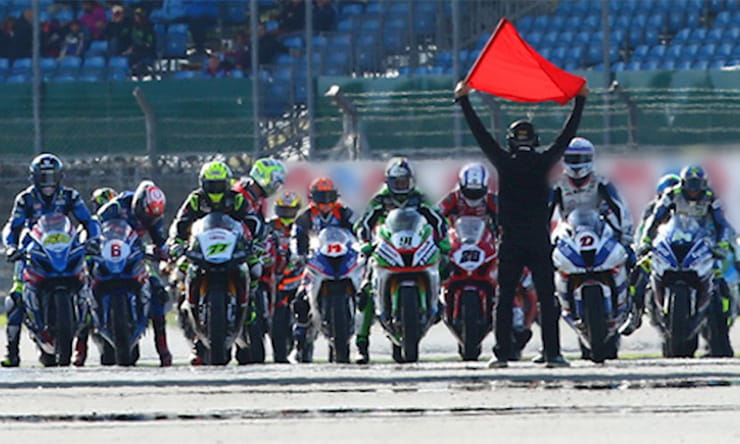 The Bennetts British Superbike Championship Showdown deciding triple-header at Silverstone next weekend (7th - 9th September) will take place on the National Circuit instead of the full Grand Prix Circuit.

After the disastrous cancellation of the British round of MotoGP last weekend, courtesy of a combination of ferociously wet weather on top of a recently re-laid surface causing safety concerns due to drainage, those implications have cast too much doubt in the organiser’s minds. So, the 1.64-mile National Circuit will now be used instead of the full 3.6-mile Grand Prix Circuit.

The race length of the three Superbike races has been increased to 30 laps each with Race 1 taking place at 16:15 on Saturday 8th September while Races 2 and 3 are scheduled for 13:30 and 16:30 on Sunday 9th September. Free practice sessions have also been increased.

Speaking about the MotoGP cancellation, Stuart Pringle Silverstone’s Managing Director said, “We are conducting an investigation and have already engaged an independent track consultant for that purpose.”

With lap times due to be reduced from 2m05s to around 55s, at least race fans will get to see the contenders more often on the National Circuit which hosts the British Touring Car Championship round as well as several National motorcycle events but this is the first visit by the BSB series.

Here is the revised schedule: 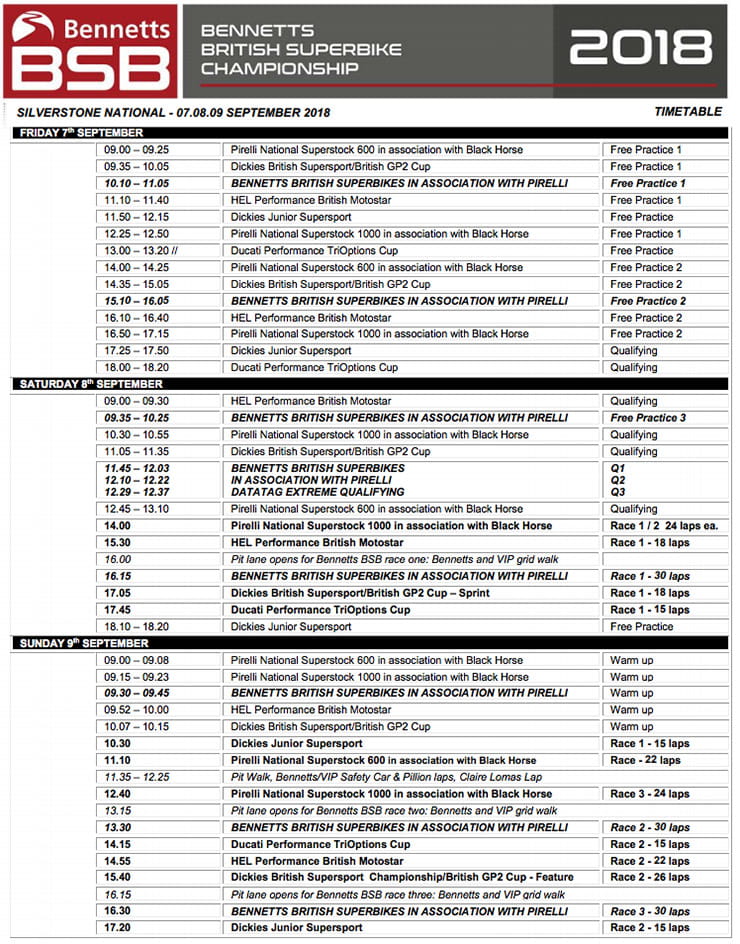