BSB | Dixon on Haslam’s block: “It was dirty” 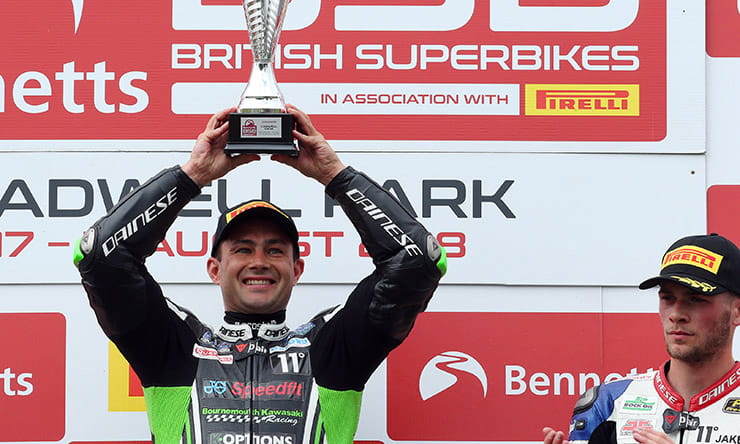 Bennetts British Superbike Championship rivals Leon Haslam and Jake Dixon secured their places in the 2018 Showdown at Cadwell Park but it wasn’t without drama.

After the pair took to the podium in the opening outing and with Dixon picking up third place on the final lap, race two saw Haslam and Dixon almost come to blows at Park Corner on the final lap.

The RAF Regular and Reserves Kawasaki rider was forced to run onto the grass after out-braking himself to avoid Leon Haslam’s outstretched leg, and the Championship contender didn’t hold back in making his feeling known. 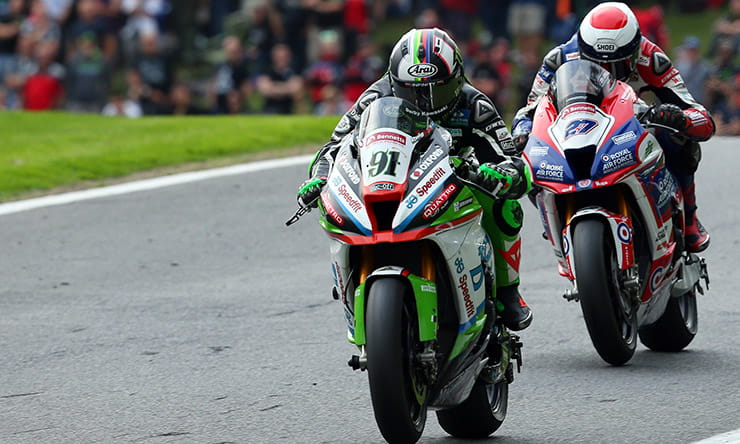 “I’m frustrated with race two because it was dirty really,” expressed the 22-year old. “There’s nothing more to say than that, because you don’t see Rossi sticking it out as far as he can, he sticks it down at the side of his bike.

“Everyone knows it, what is going to be done about it I don’t know because I feel like if I hit his leg it’s going to drag me and him together and we’re going to have a big crash, I’m the one being sensible.”

Every Bennetts British Superbike supporter is accustom to the Haslam ‘leg dangle’, first introduced by Valentino Rossi, but Dixon was forced to take evasive action at high speed to avoid an incident with the Championship leader.

“I can tell you my heart was in my mouth because I had to let off the brake at 170 miles-an-hour and that isn’t fun. But it is what it is, and we’ve had it was a great weekend.

“I go racing to be a hard racer and everyone can see that from the first race, I’m hard but fair. I don’t hit anybody, I don’t push anyone off the track but I’m fair.

“Things will come around in their own way, I’m not personally going to do anything but everything comes around. Like I say I’m not one for dangerous riding but it will all turn around soon enough.” 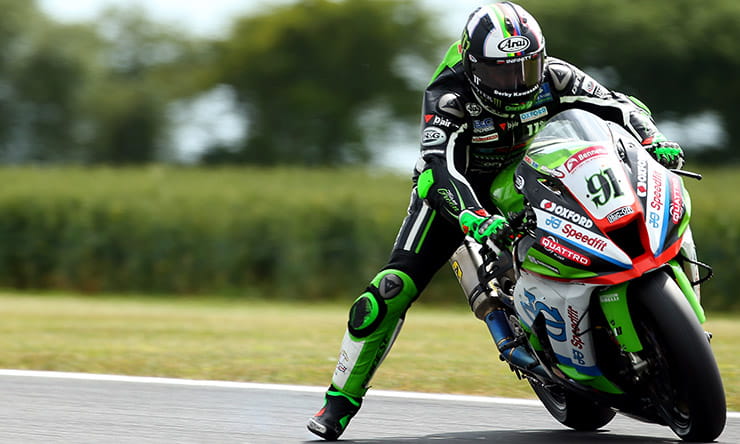 The Haslam dangle seen in action at Snetterton earlier this season

It’s not the first time this season that the pair have exchanged words, but the Dover-born man feels clearing the air with the JG Speedfit Kawasaki man isn’t going to change the way Haslam rides.

“It would be pointless,” said Dixon. “It’s pointless mentioning it, he isn’t going to stop it, so it is what it is, but I’ll have to try and beat him next time.”

The ‘leg dangle’ isn’t a new craze, since the ‘pocket rocket’ re-joined the Bennetts British Superbike Championship in 2016 the Derbyshire man started to reap the rewards after using the technique, which is designed to help with corner entry. 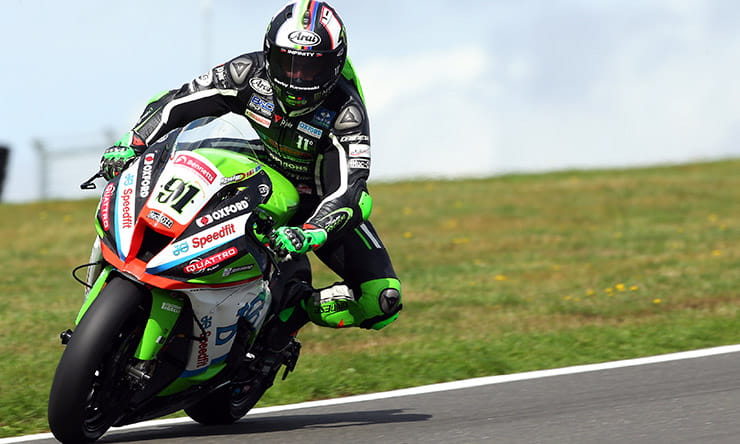 Knee out: a more familiar approach

However, Haslam was quick to respond to Dixon’s feelings on the incident, stating the only difference on the final lap was the line he took into the corner.

“If you look every single lap into that corner I did exactly the same,” said Haslam. “The only difference was I went more defensive on my line, which everyone does on the last lap. I think he was a little bit upset about losing the race.

“I’m not doing anything different to every other lap and nothing different to what Rossi, Marquez and all the other World riders do. I’ve not seen a rule where I can’t take my leg off of a bike, so until the rule changes I’ll keep riding the way I want to ride.”

Dixon’s has secured his place as a title fighter for the second year in succession and shows how far the 22-year-old adopted Midlander has come, and he was quick to reap the praise on his privateer team, Lee Hardy Racing.

“My team are great, I love them and we’re taking it to Leon, who is part of a factory team. I think my boys can pat themselves on the back because they’re doing an amazing job, but I feel like I’m riding really well. Who knows what it can be at the end of the year, you just never, never know.”

It’s still Haslam who leads the way in the Championship after doubling up on victories at Cadwell Park, which now makes him the most successful Bennetts British Superbike rider around the 2.1-mile woodland circuit, with nine wins.

But the 35-year-old admitted afterwards that the weekend surprised him more than anyone. But much like his Dad, the World Superbike race winner planned and plotted his races as he went along.

“It went better than we expected, we knew we could be strong because it’s a circuit I enjoy, and the Kawasaki goes well there, but we also knew that people like Jake, Danny and other riders could have been strong.

“I had a really good battle with Jake and Bradley in both races, it’s always a strategic race, you’ve got to plan your moves, not make any mistakes and I feel it worked out in both races, which is always nice.

“You can always make plans in your head, but you have to execute them on track, you have to adapt and change all the time, but it worked out this weekend.” 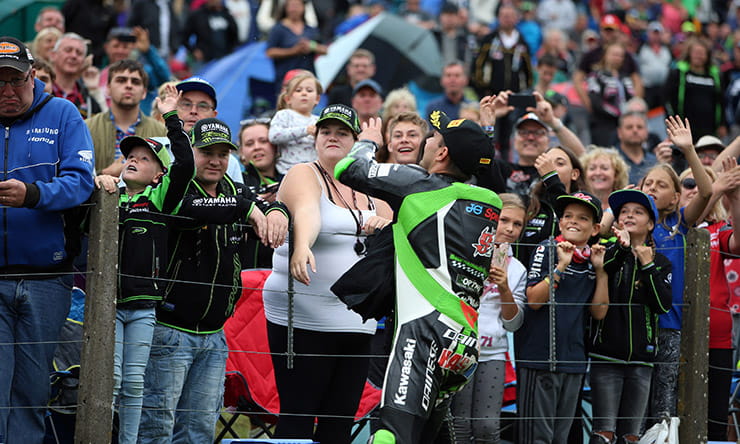 With three races to go before the title deciding weekends take place Haslam sits safe and secure at the top of the standings with 53 podium points, 31 ahead of Jake Dixon who sits second.

However, with 75 points up grabs and 15 more podium points on the table the JG Speedfit Kawasaki man admitted he won’t relax at Silverstone, as he aims to extend his lead before the Showdown gets underway at Oulton Park.

“It’s just another weekend, it’s going to be back to back weekends with us heading to Oulton Park afterwards, I want to go to Silverstone and get the best finishes we can and extend that lead a little bit more before the Showdown starts.”

The next round of the Bennetts British Superbike Championship heads to Silverstone for round nine of the series on September 7/8/9, tickets can booked from www.silverstone.co.uk to be a part of the Showdown decider.