BSB | Bradley Ray on Silverware, Silverstone and the Showdown 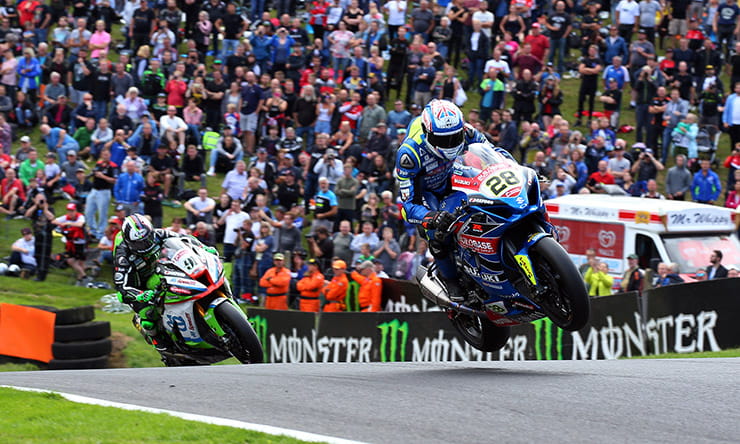 An airborne Ray at Cadwell

Buildbase Suzuki’s Bradley Ray bounced back strongly at Cadwell Park picking up trophies in both races after a nightmare mid-season for the Kent youngster.

The former Red Bull MotoGP Rookies Cup contender picked up a double podium finishing with a pair of second places, inheriting the runner-up spot in race two after an incident with race leader Leon Haslam and Jake Dixon on the final lap, which saw Dixon run off track and droped back to third.

Ray was victorious at round one, picking up both wins at the season opener at Donington Park, however after struggling since round two picking up only 18 points from the last four rounds, the 21-year-old was relieved to have returned to the podium at the ‘Party in the Park.’

“Coming into this weekend I wasn’t as confident as I would be going into any other weekend,” said a visibly delighted Ray. “I struggled a lot here last year, so my plan was to come away with as many points as I could and stay in front of the boys who are behind me in the Championship.

“We found a really good setting and I felt comfortable on the bike so to walk away with a double podium, considering we haven’t been on the podium since Brands at the start of the year, is amazing.”

The mid-season struggles for the ‘milky bar kid’ left him and his Buildbase Suzuki squad scratching their heads, and Ray admitted afterwards that they had to revert back to basics to due to an unusual fault with the electronics of his Suzuki. 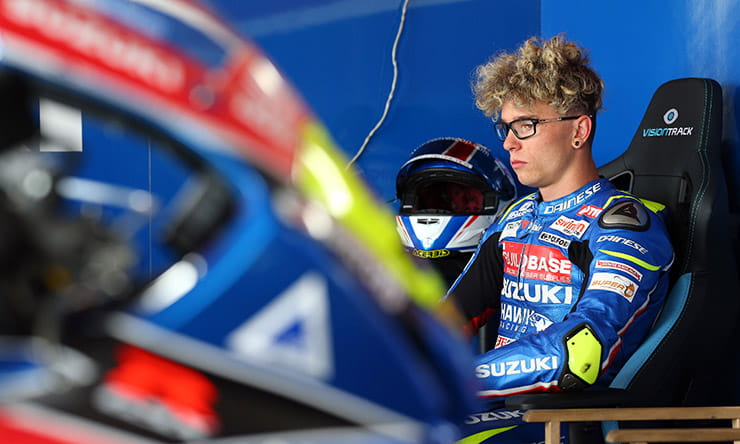 “The team found something on the electronics side that was overriding everything we had done with the bike.

“We changed the electronics back to standard and everything was back to normal with the bike, I’ve got my confidence back and I’m feeling comfortable again.”

The rising star admitted he even started to doubt himself at one point, and he even went as far as to think his Suzuka eight-hour exploits were to blame, where he finished within the top ten despite a disastrous race day.

Although he raced the Yoshimura Suzuki, much like the machine he races week in week out in the Bennetts British Superbike series, the differences in electronics such as traction control and anti-wheelie plus running different tyres to those he’s more familiar with were enough to sow the seed of doubt in his head.

“I must admit, it did cross my mind, after Suzuka I came back, sat down and spoke to myself and thought it could be the Bridgestone’s and the electronics.

“But as soon we changed the bike back to what we had it at the first two rounds it was a totally different bike.

“I was doubting myself and started to think ‘have I lost it, was it a mistake doing Suzuka’ and it was playing on my mind, but now we’ve got the bike back to normal, it feels really good.” 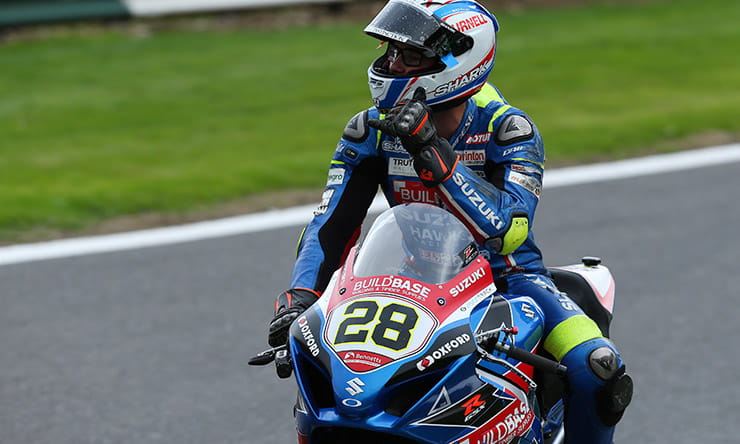 Thumbs up after a double Cadwell podium

After such a strong start to the season, Ray looked unbeatable, dominating the opening two races and scaring the wits out of the rest of the Bennetts British Superbike grid.

However, it would be the first time in his Superbike career that he would have to sit down and reassess his season and decide what direction to go in with his setup.

The Lydd native still had his worries, and with only one full season of experience under his belt in the blue ribband class the fans favourite knew he had work to do to stay in the Showdown places.

“It was getting to the point where I was worrying, I knew I had to stay in the Showdown. Because at the start of the year we were doing well and gliding through, whereas now we’re on the edge.”

Heading into the latest round in Lincolnshire, Ray had only scored points in three of the previous eight races, the rest he’d either failed to finish or break into the top 15 to add to his Championship points tally. But he confessed to being as cool as a cucumber as he headed North to Cadwell Park.

“So, to walk away with a double podium, a solid set of points and podium credits is great.” 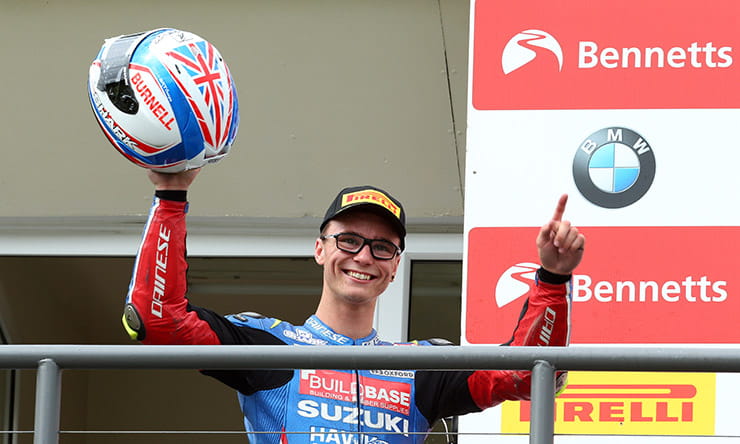 Ray beams on the rostrum

All that remains for Ray to secure his spot in the all-important top six for the first time in his career to battle for the 2018 Bennetts British Superbike Championship crown is just 42 points, with 75 up for grabs over three races at Silverstone.

His nearest challengers are Smiths BMW’s Peter Hickman who is 33 points behind the fans favourite, FS-3 Racing Danny Buchan is a further seven behind with outsider Christian Iddon 48 points shy, but Ray knows all he has to do is keep a cool head and focus on his own race.

“I’ve got to use my head at Silverstone,” expressed a determined Ray. “I need to do my best to stay where I currently sit and then fight when we are in the top six.

“We’ve got to work hard to get the bike to run at a strong race pace at Silverstone and see where our opponents are at. I have to stay in front of them and not worry about trying to beat who’s in front of me. I’ve got to use my head and get in the Showdown.”

With just a handful of races remaining Ray looks set to cement his spot in the 2018 Showdown, but it remains to be seen what position he’ll head into the final three rounds of the Championship, as he sits just 28 points behind third place man Glenn Irwin.

Silverstone plays host to round nine of the Bennetts British Superbike Championship on September 7/8/9, and you can book your tickets now from www.silverstone.co.uk.