Byrne takes first victory of the season at Oulton Park 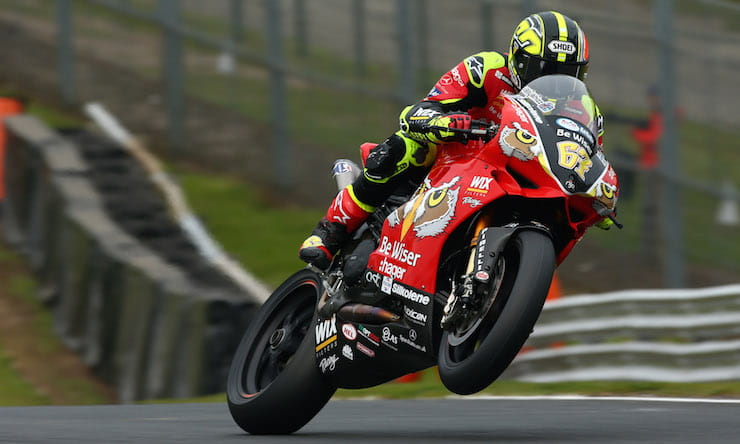 An action packed second race saw Leon Haslam yet again take the whole shot into the first corner, but the race one winner would not have it all his own way in the final race of the day at the Cheshire circuit.

Byrne took the lead on lap four and broke away from the rest of the field, leaving Haslam and a resurgent James Ellison to fight it out for second and third position.

Their podium places looked secure until a technical issue with the McAMS Yamaha saw Haslam clip the back of the R1 heading down into Lodge Corner. Both riders fortunately walked away from the spectacular crash, but would ultimately put an early end to their race weekends.

The crash left Glenn Irwin to secure second spot on the podium and make it a PBM Ducati one, two, with Jason O’Halloran finishing a season best third.

Shakey after the race said: “We’ve had the speed all season, we’ve just been unlucky. Hopefully we’ve got all our bad luck out of the way now and we can start racking up those podium credits and get back in the showdown.’