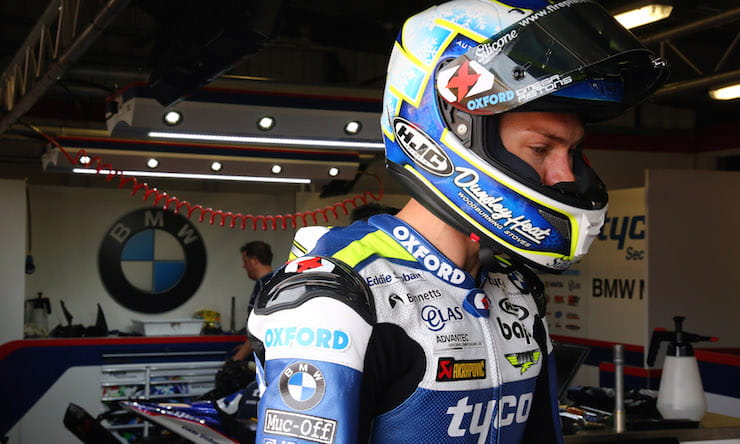 Tyco BMWs Christian Iddon is certainly a colourful character around the British Superbike paddock. So it should come as no surprise that the 32 year old from Stockport has some equally colourful helmet designs to boot for the 2017 season.

BikeSocial sat down with the multiple British Supermoto Champion to take a closer look at his custom helmet designs and also reveal a very special one off race helmet for his Granddad.

“I was into motocross as a kid, and the coolest thing to me growing up was seeing all the painted helmets. I couldn’t wait to get my own one when I started racing and it’s just been a tradition I’ve kept on since.”

Youichi Ui, the former Grand Prix rider, is the inspiration behind two of Christians new helmets for the 2017 season.

“He used to ride with a hot and cold themed helmets. He’d wear the cold coloured one to remind himself to chill out and the hot one to get himself fired up. So it’s this concept that I’ve had replicated on my HJC’s and I’ve been wearing the hot lid to get myself fired up for qualifying” 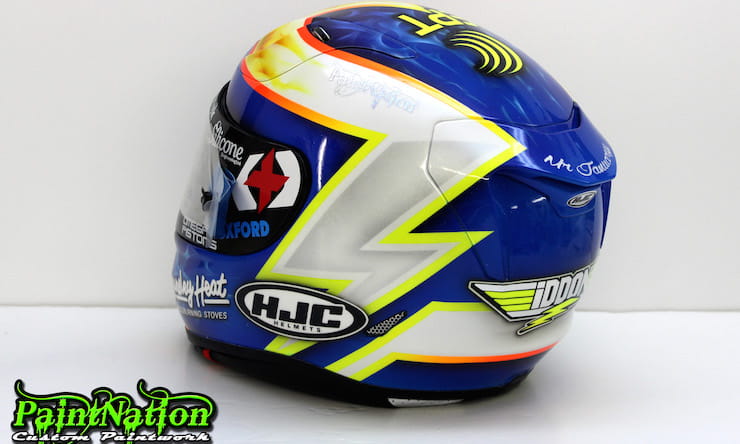 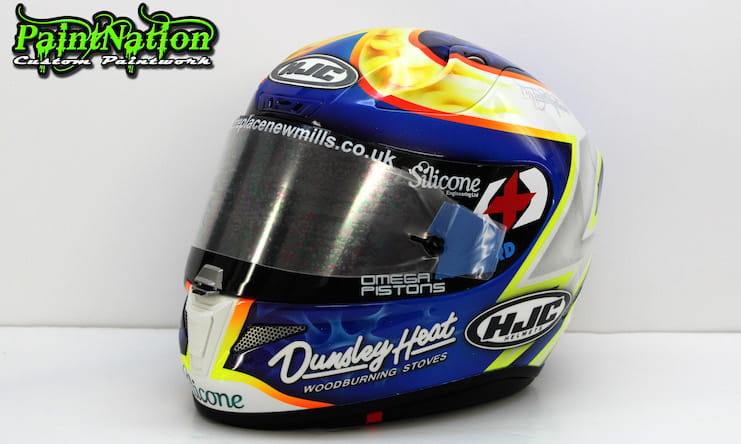 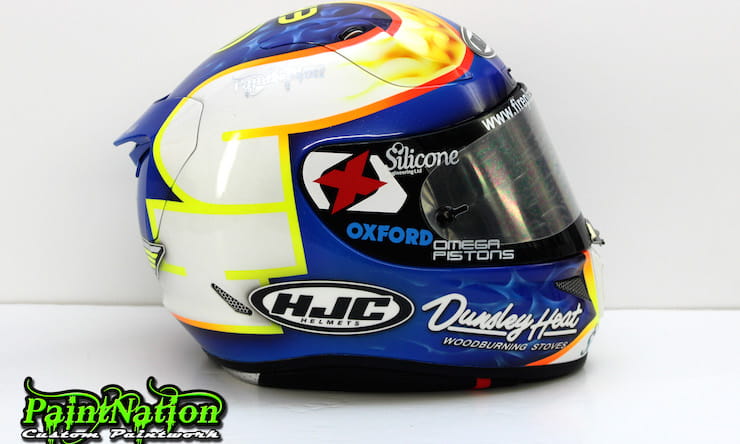 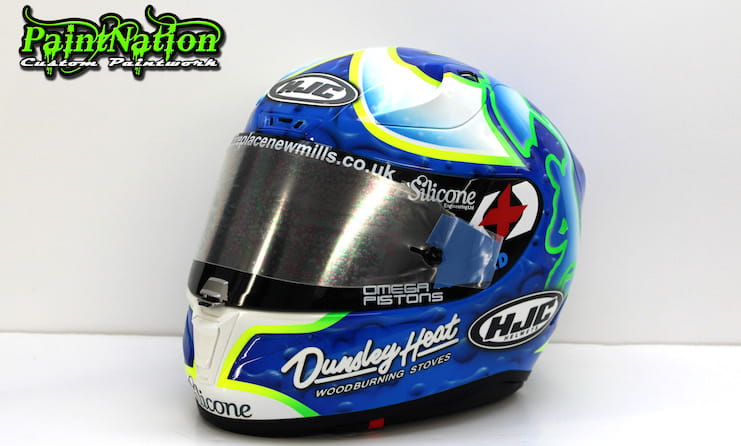 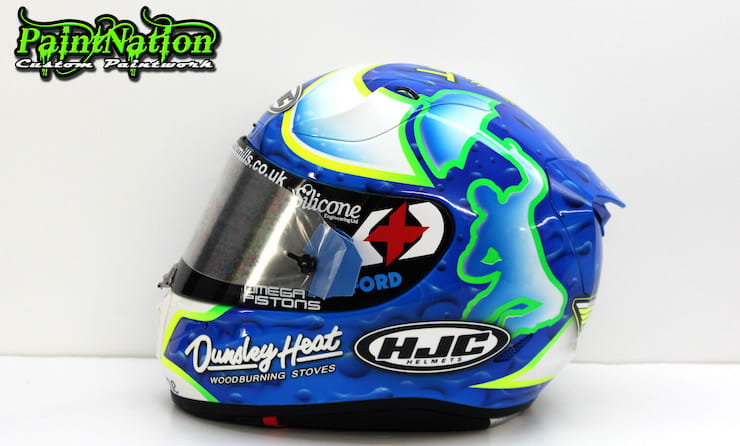 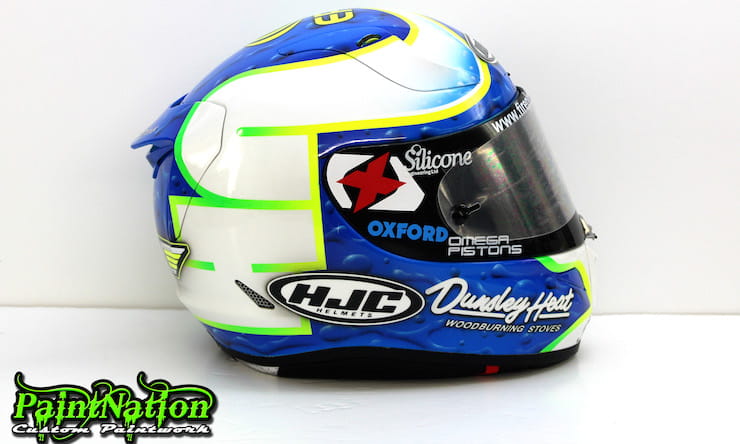 Last year Christian surprised his Granddad with a custom helmet and this year he’s moved the goal posts further.

“My Granddad is the person I look up to the most. He’s a real hero of mine and love sharing his stories through my racing.”

Christian’s Granddad, who was in the 22nd Independent Parachute Regiment, was involved in the daring Pegasus Bridge landings during World War II. Robert Stoodley, (or ‘Bob, The Born Leader) as he was known to his platoon, was involved in the operation that paved the way for the D-Day landings.

In homage to this Christian has had the Pegasus Horse emblazed down one side of the helmet with his Granddad’s name round the back. His initials ‘R’ and ‘S’ have then been wrapped around the opposite side. 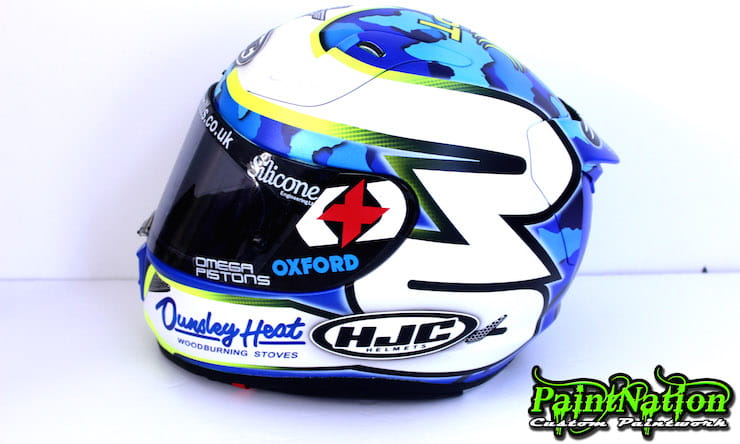 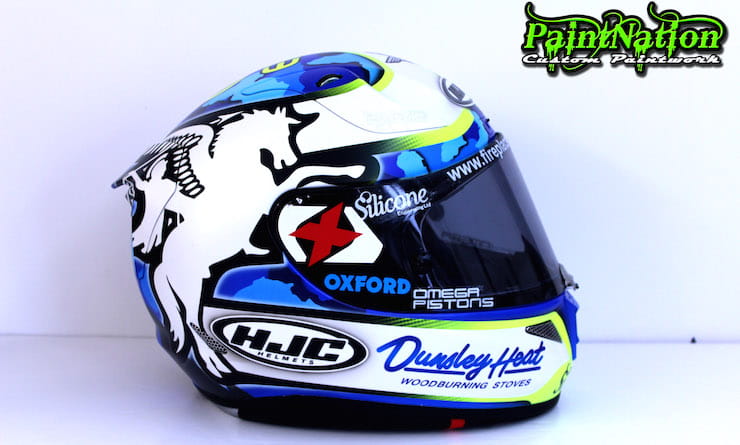 His two Everest expeditions are represented at the bottom of the helmet and if you look closely you realise the camo paint is actually in the shape of the map of Africa. This is a subtle but brilliant nod to his time traveling around the country.

To cap it all off Christian has his Gran’s name (Joyce) written in silver on the back of the helmet, with a wonderful photo of her and Bob on their wedding day. 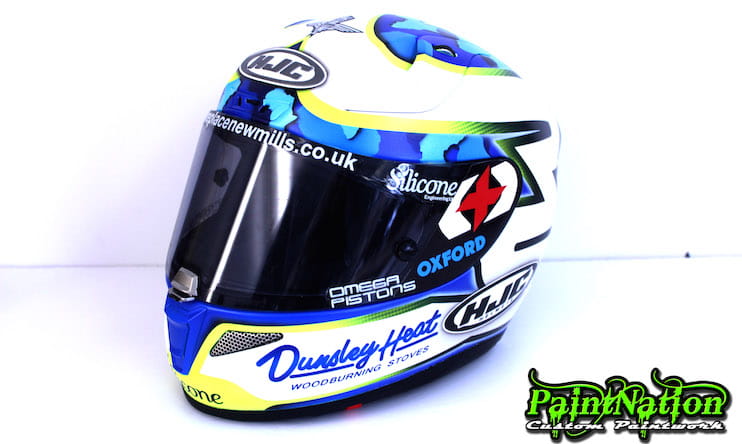 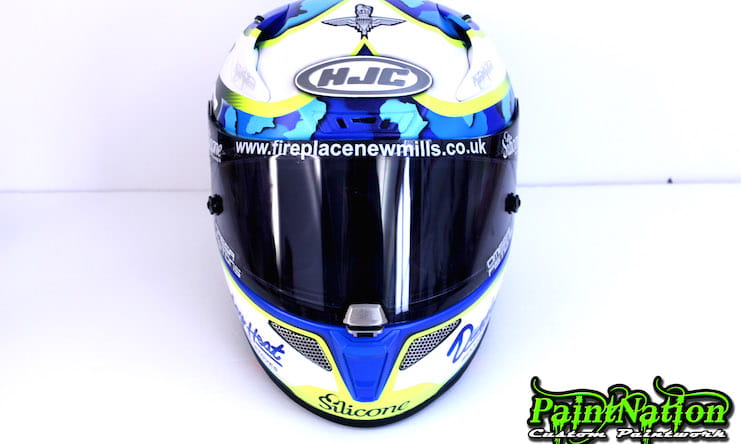 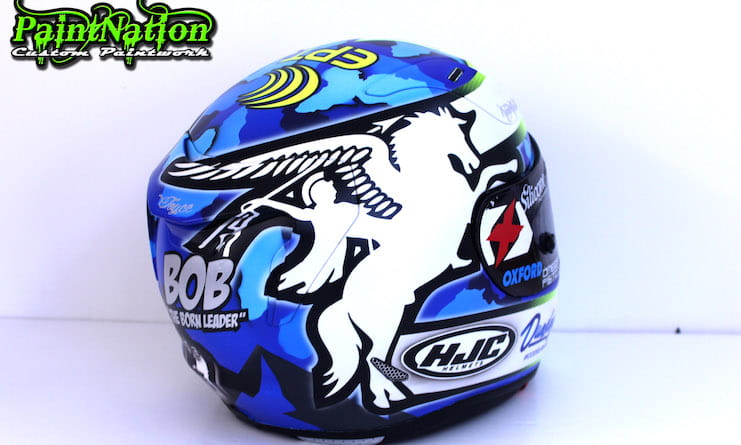