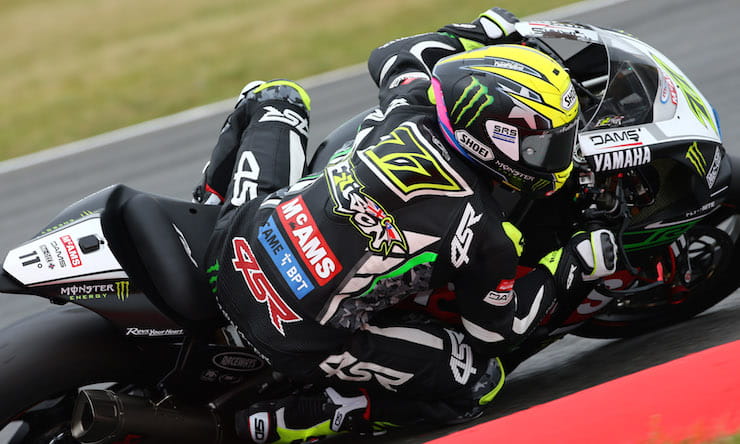 Five-time British Superbike champion Shane ‘Shakey’ Byrne put on a dominate display in race two at Snetterton to take his second race win of the weekend.

The Kent based man set a new circuit lap record on the way to his first double of the season. TAG Racing’s Josh Brookes and Jason O’Halloran grabbed the final steps on the podium.

Fresh from his two victories at Knockhill, Jake Dixon managed to snatch fourth on the last lap from John Hopkins, with Peter Hickman (sixth) and Dan Linfoot (seventh).

A jubilant Shakey said after the race: “To lead every single session, set a new lap record and take the double is fantastic.”

“In the race I tried to look after my tyres and had a plan to hit the front with around six laps to go. But I saw Josh (Brookes) trying to break away so had to go earlier. I bridged the gap to him in one lap and then sat behind him for a few laps before I made my move.”

“I want to dedicate this win and the weekend to my boss Paul Bird, as we had a tough Knockhill and hope this double puts a smile on his face. We’re now heading to a run of tracks I like so it’s great to be going to them feeling this good.”