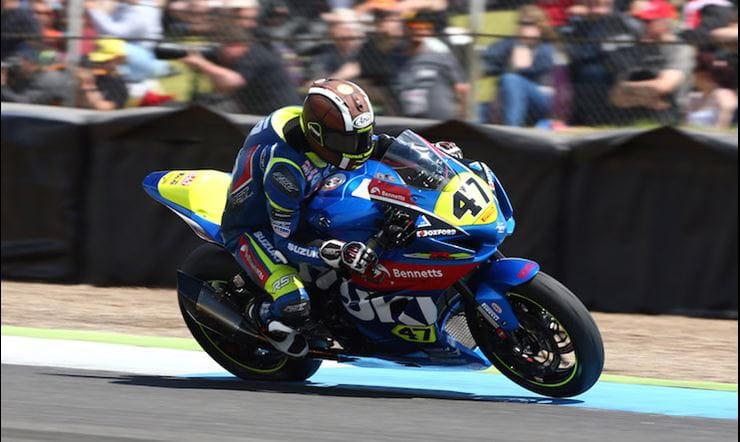 After each British Superbike race weekend we’ll be grabbing a few words from superbike guru and Eurosport commentator, Jamie Whitham. We’ll get his thoughts on all the latest news and gossip making its way out of pit lane and also some updates from the other BSB support races.

Here are his highlights from Donington Park.

“It was a big shock to see Shakey (Ducati’s Shane Byrne) miss the opener, but it was the right decision by the medical staff not to let him ride and he knew that (he was knocked out and concussed during a Warm-Up accident). There’s no doubt he’ll still be able to come back from this and the way the championship works it always gives someone who has a slow start to the season a chance in the showdown. He hasn’t gone away; he’ll be there or there abouts come the end of the season.”

“Josh Brookes surprised me this weekend and I’m really pleased for him. He’s a very serious lad and goes about his racing in a very business like way and I like that. It was some performance in race two and it’s fair to say the team have stepped up in a massive way. They’ve got a bigger truck, more garage hauling, more technicians and they’re looking the real deal.’

Guintoli on his return

“I think Sylvain and the team will be disappointed, but they had a lot of bad luck this weekend. The bikes a lot better than that and we saw from the Superstock 1000 result with Cooper. It’s fair to say the team have got a lot of development to put into that bike, it was never going to be a winner this early on in the championship, but its definitely got potential.”

A Ray of light

“What a good kid Brad Ray is! He doesn’t need to do anything special, he just needs to stay on and learn his trade and he’s doing exactly that. He needs to learn how the superbike works and because he currently has no real reference point it’s so impressive what he’s doing. I honestly think watching him last year in the Supersport series that he has all the attributes to be a great superbike rider.”

“I caught up with Tarran Mackenzie in the paddock over the weekend and he says already that he prefers the front end feel of the Yamaha compared to his ZX6 of last year. That’s pretty ominous for everyone else, although I don’t think he will run away with the championship. Purely because of the way that series works, it’s a cracker, always has been always will be. To be honest I am a little bit jealous that James Haydon gets to report on it and I don’t.” 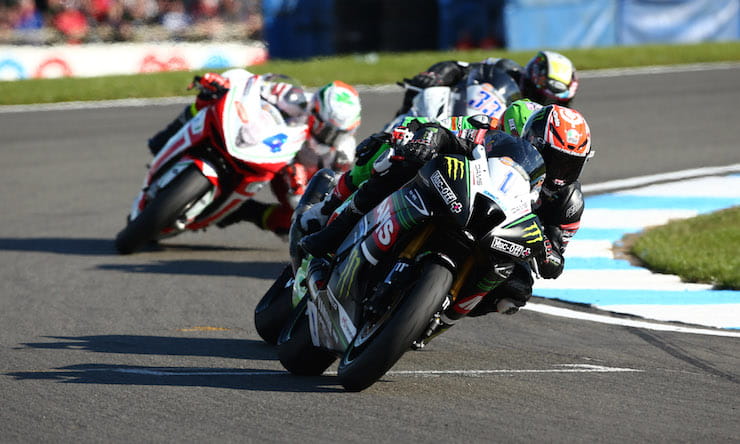 “I’m really pleased for Richard Cooper. I’ve spent a lot of time with him and he’s instructed on my training days. He’s mega serious about his racing and can ride any bike, in any class, in any conditions.

Also I really like the new two-part race format for the opening race of the weekend. The jury is still out with it in the paddock, but I liked it and I think it’s a great class. It’s easy to construct and develop a fairly competitive bike within in the series and the rules are such that any team can put a decent bike together and that makes for a close racing.”

Rider of the weekend

“Leon Haslam has to be my rider of the weekend. He’s been so dominant and he’s got his championship off to such a flyer. He really capitalised on potentially one of his main title rivals absence this weekend.” 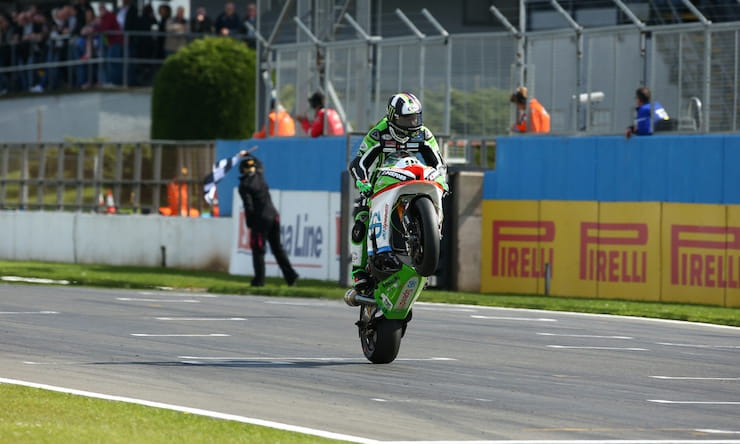 It is with a collective heavy heart that we end this week’s round-up with the tragic news that Mick Whalley sadly lost his life on Saturday during the Ducati TriOptions Cup race. The team at BikeSocial would like to pass on our deepest sympathies to his family and friends at this time.