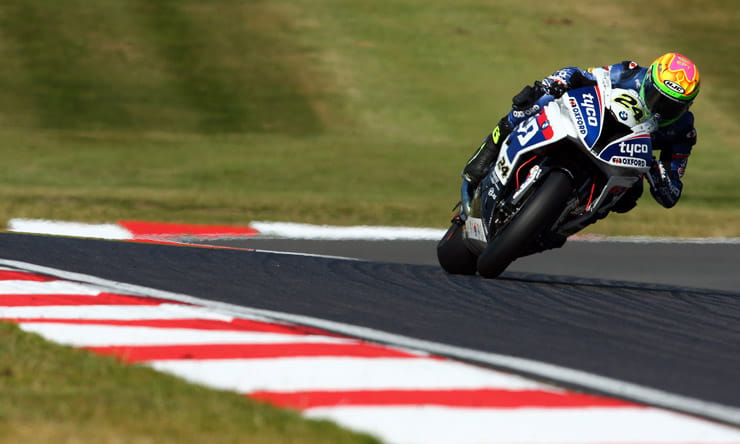 BSB competitor and Bennetts-sponsored rider, Christian Iddon, gives his insight into Supermoto, British Superbikes and the winding road  that took him to where he is today. Find out how racing both MX and Supermoto – winning a number of Championships along the way - have helped him aboard his British Superbike machine and what he thinks makes a successful motorcycle racer…

“To be honest, it was no surprise that I ended up being a racer, at just a few weeks old I was already on my first foreign trip as my dad was racing at Vallelunga in Italy for the European 500cc race. In my first year of life, I’d visited 12 countries – some more than once! Since then, I’ve started racing myself and have I’ve raced and won championships across a number of disciplines – all of which have stood me in good stead for my racing now.

I started my ‘racing career’ in schoolboy MX – aged six – I’d been riding round on paddock bikes since the age of two. However, I got injured quite a lot and the probability was that I’d never be good enough at MX to compete at a World Championship level. Dad had asked me whether I’d be interested in doing road racing, which I was but to get involved the costs were high we couldn’t afford it. At the same time, Supermoto was coming through the ranks and it offered a great opportunity to get tyres onto tarmac in an affordable way. After breaking my collar bone, mum and dad told me that I needed to stop.

While I was recovering, dad decided to take up racing again and bought a Supermoto bike. I knew if I hassled him enough then he’d let me have a go and as soon as I jumped on, it all came naturally to me. I made my Supermoto race debut at the end of May 2002 after just one day on a Supermoto bike – I won every race I entered so needless to say it was a successful start to my Supermoto career.

I have to admit though I was nervous for that first race, I didn’t know what to expect but I was able to run with the top lads in the country and I clicked with it. For those who aren’t familiar with Supermoto –  you can buy specific bikes but often riders buy MX bikes and then modify the brakes and suspension. The riding style differs as most of the time it’s foot out rather than knee out. On tarmac only, it can be faster to put a knee out, but in a race situation a leg out is better as it allows you to take a tighter line – a knee out means you have to take a bigger arc into corners which leaves a gap for others to get through.

It’s hard to choose my biggest Supermoto achievement as it was all a whirlwind – I didn’t really know what was occurring. I’d come out of MX and thought that was the end of my racing and then all of a sudden, Dave Clarke took me on and sponsored me. My third ever race was at European level – my dad was always of the opinion to race against the best so you knew the level you had to be to compete at the top. I think the most emotional moment I had was standing on the World Championship podium at GP of Italy Turin 2008 – to have the Union Jack flying behind me and ‘God save the Queen’ ringing out – it was a special occasion. It may have been a minority sport, but when you put your heart and soul into something and reap the reward it’s a special feeling.

I raced both Supermoto and short circuits for a while – making my first road racing outing in 2008 in a BSB Superstock 600 race and also a streetfighter class at club level. In 2010 I decided to focus completely on the road racing and completed my first full season on a superbike.

I think when you start racing with an off-road base then it gives you a good ‘feel’ of bikes and a fantastic basis for racing. I genuinely think that the skill set you develop is second to none. I stayed in Supermoto longer than I planned to – initially it was just a ‘stop gap’ until I could afford road racing but it went well and we were able to chase the world championship. I don’t feel a moment was wasted because although the skills are different, they are transferable. It’s like going from badminton to tennis – they both involve a racket and a net but you have to apply them in a different way. 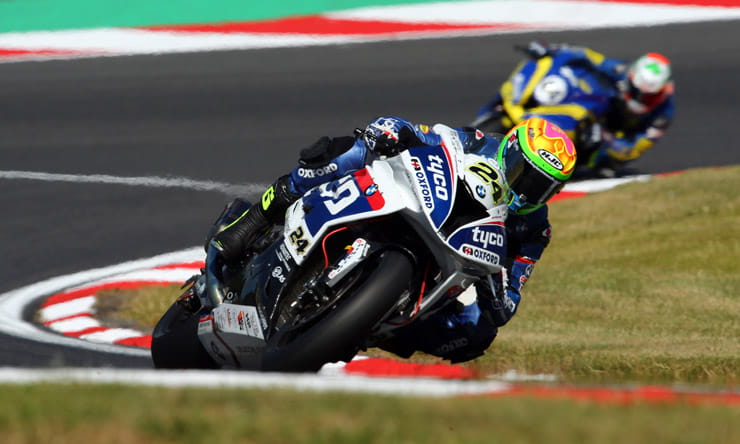 There was a round of the BSB last year where there were iffy conditions and all the guys who were at the front had a Supermoto background. You get a lot of skill from a Supermoto bike, it instils confidence as the bikes are more forgiving. For example, when it slides out, it helps you prepare in case it happens on the 220bhp rigid superbike monster – it makes it less daunting.

I’d love to take championship wins in three different disciplines – I’ve got the MX and Supermoto ticked off. I still love Supermoto and have a few mates that still race in it and so I go and watch when I can.

I think in racing you have to be resilient - I learnt that quite early in road racing. I came from MX and Supermoto and inwardly was convinced that I could do well. However, in BSB if you don’t have the right package around you – in terms of the team, the bike, the set up – then it doesn’t matter who you are, you’re not going to win or even sometimes get close. You have to take everyone opportunity and grab it. You may have seasons where you might not be on the best bike, but instead of letting it get you down, make the most of what you’ve got and use it as a learning experience.

It’s important to understand too that it’s not just a case of being fast on track, as a rider now you have other responsibilities. On a Sunday it’s not just two races - it’s two races, speaking to the engineers, analysing the data, meeting sponsors, social media, interviews, pit tours and hospitality visits. You just have to keep a cool head and make the most of it – it’s your opportunity to shine so you do your best.”