Rider Blog - Taylor Mackenzie: "For my last birthday I got a hoover and a BSB ride!" 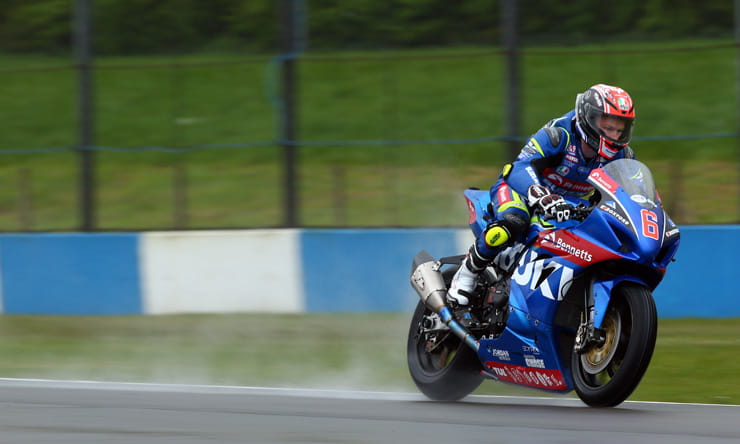 Reigning British Superstock 1000 Champion, Taylor Mackenzie, shares how he celebrated his win, his first impressions on the all-new Suzuki GSX-R 1000R and what he got for his 24th birthday in his exclusive Bennetts Rider Blog…

“To be honest, the last few months have been crazy – I don’t know where to start! Obviously I’ve been celebrating my Superstock 1000 win, over and over again. During the season, you’re so focussed that you don’t think about what it will be like to actually win. Normally when you win a race, then you celebrate for a few days or a week, but winning the championship was something else. It took a while to sink in.

It was slightly weird for me as I’d won with a few races to go until the season ended, so I went out with my friends from school that night – but I was still feeling pressured as Taz [Tarran Mackenzie, Taylor’s brother] had to win his championship. I feel like I’m riding the bike when he is so it’s pretty stressful. We had a good party the night that he won and it was nice to relax for a month or so after the racing had finished as it was an intense year. 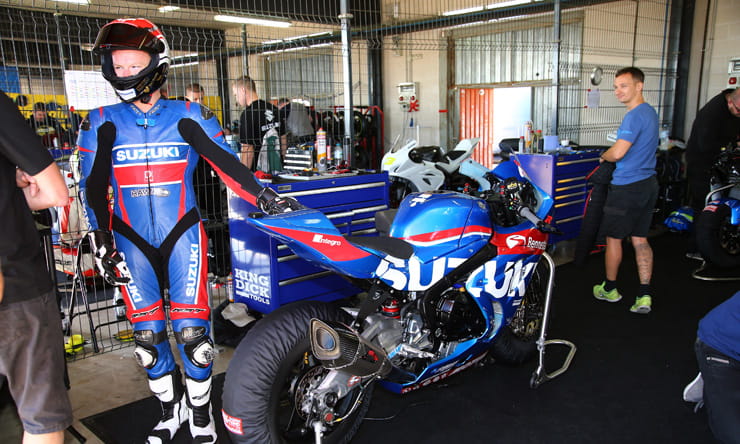 Last year I gained a lot of confidence, which is something I’ve perhaps lacked before because of bad luck and bad results. It was nice to know my capability when everything comes together. I’ve learnt that being determined is key. A few years ago, it’s not that I ever stopped believing but there comes a point where you don’t know if what you’re doing is working, but last year proved to me that hard work always pays off, so this year I’ll been keeping my head down and it will pay off.

Signing with Bennetts Suzuki was a dream come true. When I moved back to Superstock, I wanted to move back up the year after but didn’t expect to be in an officially supported team. I have to thank the team for giving me the chance. There were lots of great riders after the seat, so the fact it was given to me is good for my confidence and it’s nice that people have confidence in me.

I’m looking forward to racing alongside Sylvain [Guintoli]. He’s got a lot of experience and having been World Superbike Champion in 2014, I know that he’ll be at the front from the start. It’s good for me as I have nothing to lose. Hopefully I can learn off him and get as close as possible to his results – he’s my benchmark and hopefully I’ll chip away and start snapping at his heels.

It’s a new bike and that’s always a bit of a worry as it’s ‘unproven’ but we were all fast on the new GSX-R 1000R straight away which is a big weight off all our shoulders. We did three days in Cartagena, and then went on to do two days in Almeria – and all the testing went extremely well. 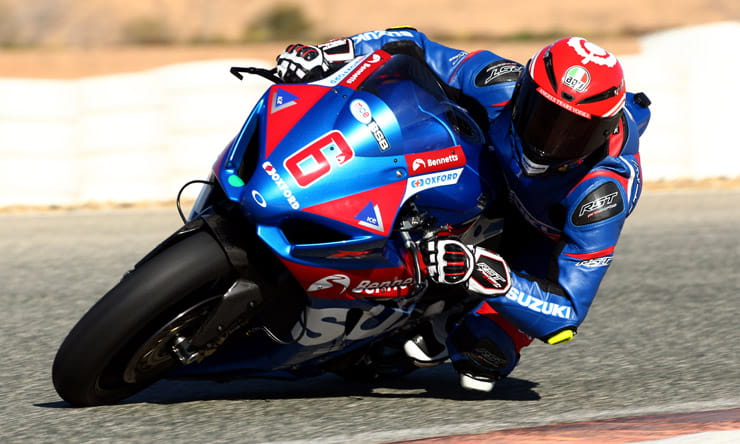 In the spare time that I’ve had since the 2016 season ended, I’ve been doing up my new house that I moved into in November and also riding bikes, watching bikes, talking about bikes – there’s a bit of a theme! Our lives revolve around bikes to be honest – and have done since we were born – it may be boring to some people but I wouldn’t change it for the world.

I do some track day instruction too at various circuits and that will be starting again soon. I didn’t realise at first, but it has really helped me with my riding. When you’re riding around a little bit slower than you would usually – on race weekends everything is flat out – you have more time to think about it and take more in. Plus, when I’m explaining things to people on track, you simplify it, and it helps me understand things more. I’ve taken a lot from it.

I turned 24 at at the end February and while I’d like to say I got some crazy presents, I got a hoover from my brother and mum and dad put some money towards a carpet for my new house – I’m starting to feel like a grown up.

That being said, we’re all so close in our family – a proper team. Even though I’ve moved out, I still go home every day and train with Taz every day. Some people would think that because we spend so much time together, then there would be fallings out but there isn’t. We all know how we work.

I actually see less of Taz on a race weekend than I do on a normal day as we’re both so busy. Although we both stay in the same place on race weekends and so can have long debriefs at night times and make plans for the next day. It’s nice to have someone you can trust in the paddock and can chat to about anything. When we’re not together, then we stay in touch on WhatsApp and have a family group on there where we all chat – it’s usually mum checking we’re all OK!"