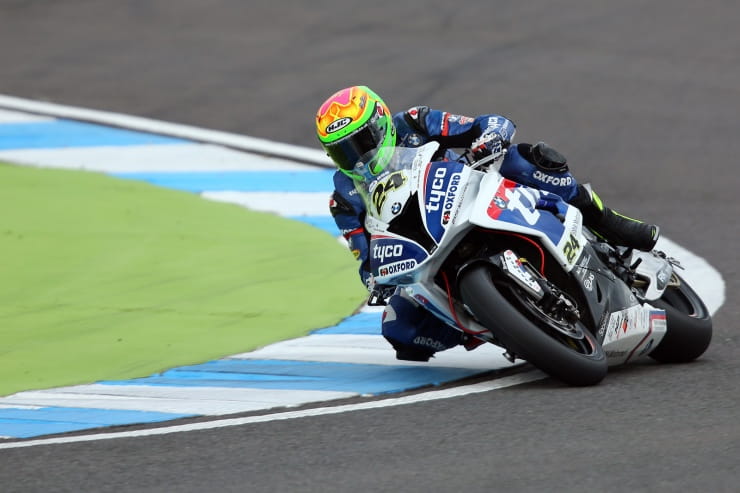 Heavy rain in the morning saw only 22 riders take to the circuit, with Iddon the bravest of them all, but only by 0.121 of a second from James Ellison.

After bright sunshine in the afternoon Iddon once again impressed the onlooking crowd, topping the second free practice from Luke Mossey.

“It was damp this morning and that is my kind of thing, then it rained more and the track was fully wet and that is where we haven’t been very quick, we made some progress in that and I’m happy with it.

“Then FP2 we tried three different shock settings and every time we seemed to make some kind of headway.

“We went backwards on one but that is still progress because you know that’s the wrong way to go. I did a ten lap run and every lap was in the 29’s. I don’t think I’ve ever done that around here. I’ve been doing them not at will but the bike felt nice, we have somethings to work on, so I’m happy.”

After a mid-season lull, where the Stockport man hasn’t reached the podium since the second round of the year, he admitted he was proud of the team for keeping their heads down.

“At the mid part of the season we did some things that we thought were the correct thing to do at the time, and I don’t feel they were. We chased our tail having gone down the wrong route, I certainly feel like I’ve been riding pretty good all year, except Knockhill.

“We’ve had the pace, but we’ve been missing one or two tenths and you can’t do that in this field because everyone is fast. It’s been character building, but I’ve come out of it a better man and a better team, I’m proud of them.”