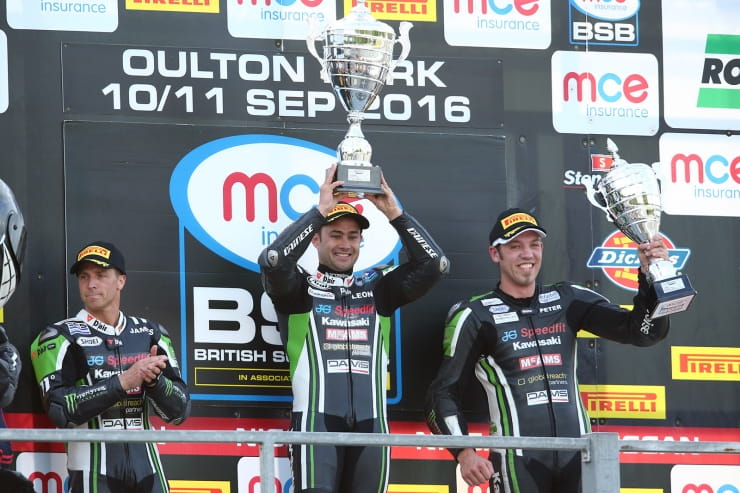 Mark Smith-Halvorsen’s Kawasaki backed team have achieved British Superbike history this afternoon at Oulton Park, locking out the podium with all three riders picking up trophies in the first of three British Superbike races.

Not many team owners can admit they have seen all three of their riders on the podium, only one team in the support classes have achieved the same feat back in 2012, but never in the top class until this afternoon.

“I’m over the moon, it’s a dream come true and it doesn’t get any better than that,” expressed an emotional Mark Smith-Halvorsen. “The dream with three riders was a front row lock out, a podium lock out and our job was to get all three in the showdown, we have achieved one of those today with the odds always stacked against us.

“I’m really happy, because that is going to take some doing again, and maybe that record will stand for a long time, we’ve made a mark today, it’s pretty special.”

The race saw pole sitter, Shane Byrne, grab the holeshot but it didn’t take long for Ellison to make his way past from sixth on the grid to take the lead on the first lap as the front two along with Haslam and the Bennetts Suzuki of Tommy Bridewell pulled an immediate gap from Luke Mossey and Hickman.

It was then Haslam, on the harder option rear tyre, who made his way through past the four-time Champion into second, then by mid race nicked the lead from his team mate Ellison.

The ‘Pocket Rocket’ found speed to pull away from the Cumbrian, and soon pulled a gap on the two chasing riders. As Byrne pushed to make his way past Ellison, he almost high sided as he left the ‘Hizzy’s’ chicane forcing him to run into the gravel, dropping out of a podium position, back to ninth place.

The third and final JG Speedfit Kawasaki of Hickman inherited third place from Byrne, and fended off Honda Racing’s Jason O’Halloran on the final lap to create British Superbike history.

“We’re going to fight Shakey and the Ducati all the way to the very end,” added ‘Macca’. “And he knows that, lately in the last couple of races we have been able to beat him, but he’s a four-time Champion and they are on factory backed Ducati’s.

“We have a tough battle, it’s a long way from over yet. Leon’s goal this weekend is to score more podium points than Shakey to give himself a chance when we start at Donington, and for James and Pete it’s simple they have to beat the other guys around them in the Championship to make the Showdown.” 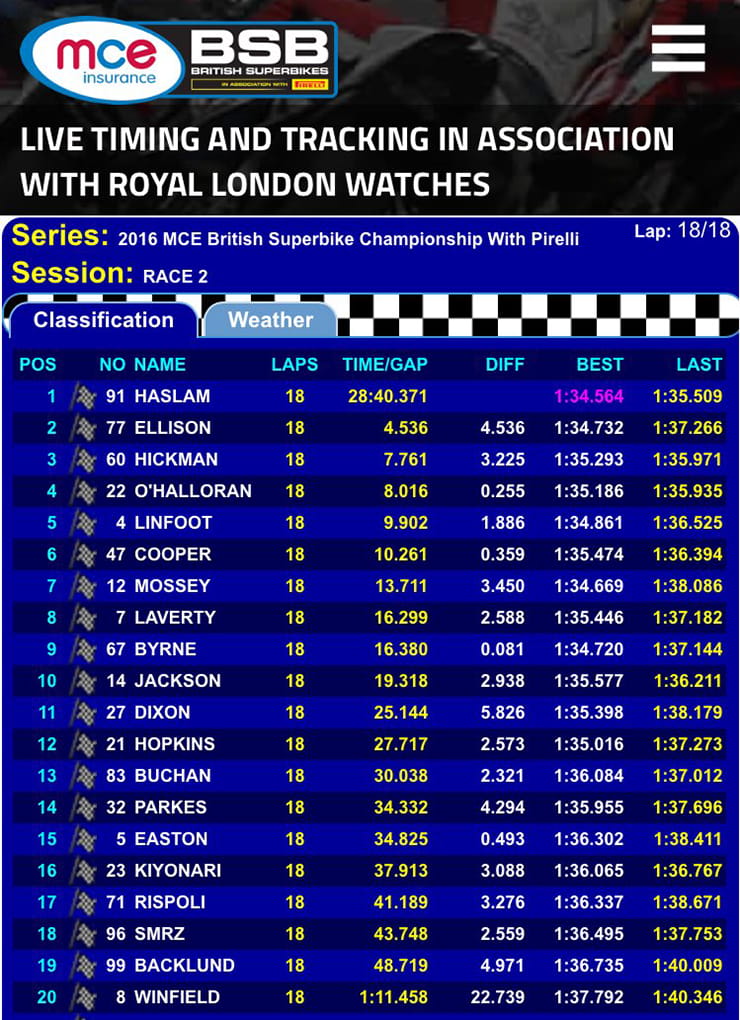