Cooper aiming to be the best of the rest at Brands 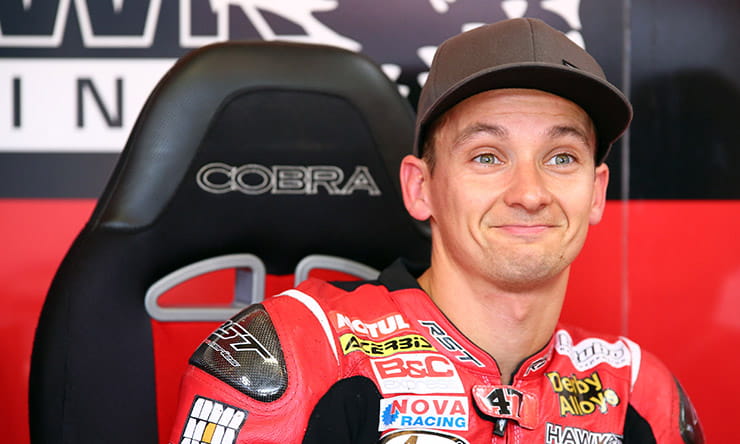 Buildbase BMW’s Richard Cooper feels that he deserves to win this year’s British Superbike Riders Cup after a stellar year, but admits he is happy to be the chaser not the man being chased in the battle to win the trophy reserved for those riders outside of the top six showdown places.

Cooper sits only five points behind former MotoGP star Michael Laverty in the hunt to be top BMW and the ‘Best of the Rest’ as some wags have termed the Riders Cup and the Nottinghamshire rider believes it’s his time after two years of disappointment.

Cooper was in the hunt for the Riders Cup in 2014, before a crash in practice saw him break his hand and end his campaign at the final round, while this year he remained in contention for a top six showdown slot until a collision with friend and former team mate Christian Iddon saw his chances go up in smoke at Cadwell Park.

“I think I deserve it,” Cooper told Bike Social. “I narrowly missed out last year due to a crash, and the showdown this year because I was crashed into, so the signs are there and it’s there for the taking. Not only that if I win the Riders Cup, we will also be the top BMW, which is massively important for myself and the team.”

While all eyes will be on the battle between Shane Byrne and Leon Haslam in the battle to become British superbike champion, the battle for the Riders Cup promises to be exciting with just 10 points separating Laverty, Cooper and Peter Hickman on the third JG Speedfit Kawasaki.

Cooper added: “We have got to keep an eye on Laverty, at the end of the day that’s the person we have to beat this weekend. Aside from that I’d like to end the season with another podium, and there is no reason why we can’t, because the pace we have at the moment we have every chance of fighting for that.

“If the conditions play a part in that I wouldn’t say I have nothing to lose but I can put more on the line, and try grab a decent result. I’m looking for a ride for next year, so I have to try and put myself in the shop window.

“It is close, and of course Hicky is a threat. He didn’t have a great weekend at Assen but we all know the round before that at Oulton Park he was on the podium, so you can never count him out.

With three races taking place at Brands this weekend, it gives Cooper a better chance to overhaul Laverty in the standings, although he did admit he didn’t know that it was a triple header at the Kent circuit!

“I didn’t realise that we had three races at Brands Hatch,” he laughed. “So that’s even better because I thought we only had two. The fact that we have three races, on a track that I enjoy riding anyway and I have had decent results at puts me in a good position.

“Currently I’m eighth in the championship, we’re doing the chasing and not being the chased, which I feel is a better position to be in. I know the bike will work well at Brands, so we will go there in the same way we approach every round, there is no reason why we can’t be in the mix.

“Ideally we want to be inside the top six in all three races and that should put me seventh in the championship, I’m pretty sure of that. If we can fight for podiums, which I think I can, I’ll approach the weekend as I always do, I’ll go about my own business and hopefully we can be there when it counts.” 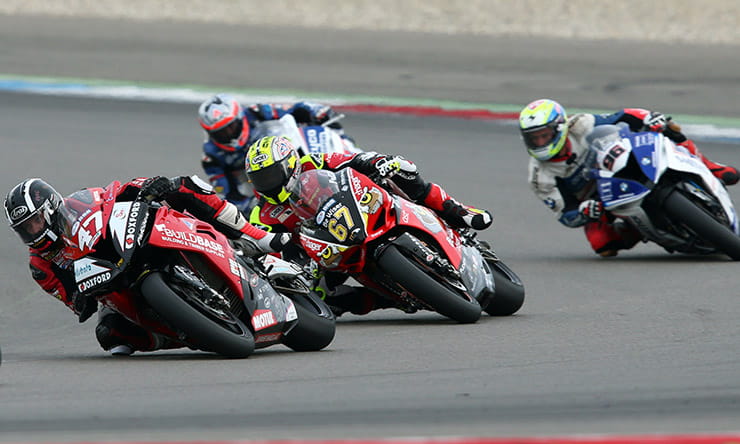