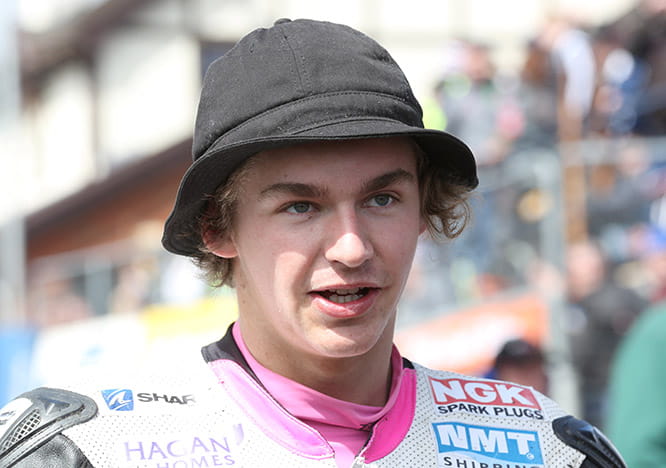 The 2016 International North West 200 races were overshadowed when a crash in Saturday’s Supertwin race claimed the life of Malachi Mitchell-Thomas. The 20-year old had been lying in third place when he fell at Dhu Varren, sadly succumbing to his injuries at the scene.

Riding for the Cookstown BE Racing team, Mitchell-Thomas had started the season in superb style, taking a hat-trick at the Mid Antrim 150 and following this up with podiums at the Tandragee 100 and a Supertwin win at the Cookstown 100.

The Chorley rider, who won the 2015 Senior Manx Grand Prix, was making his debut at the North West 200 and had earlier finished a superb fourth in the Supersport 600cc race. The meeting was abandoned after the crash with the second Superbike and Superstock races cancelled.

Mitchell-Thomas was also due to make his first appearance at the Isle of Man TT races next month. All at Bike Social send our sincere condolences to all his family, team and friends at this deeply sad time.