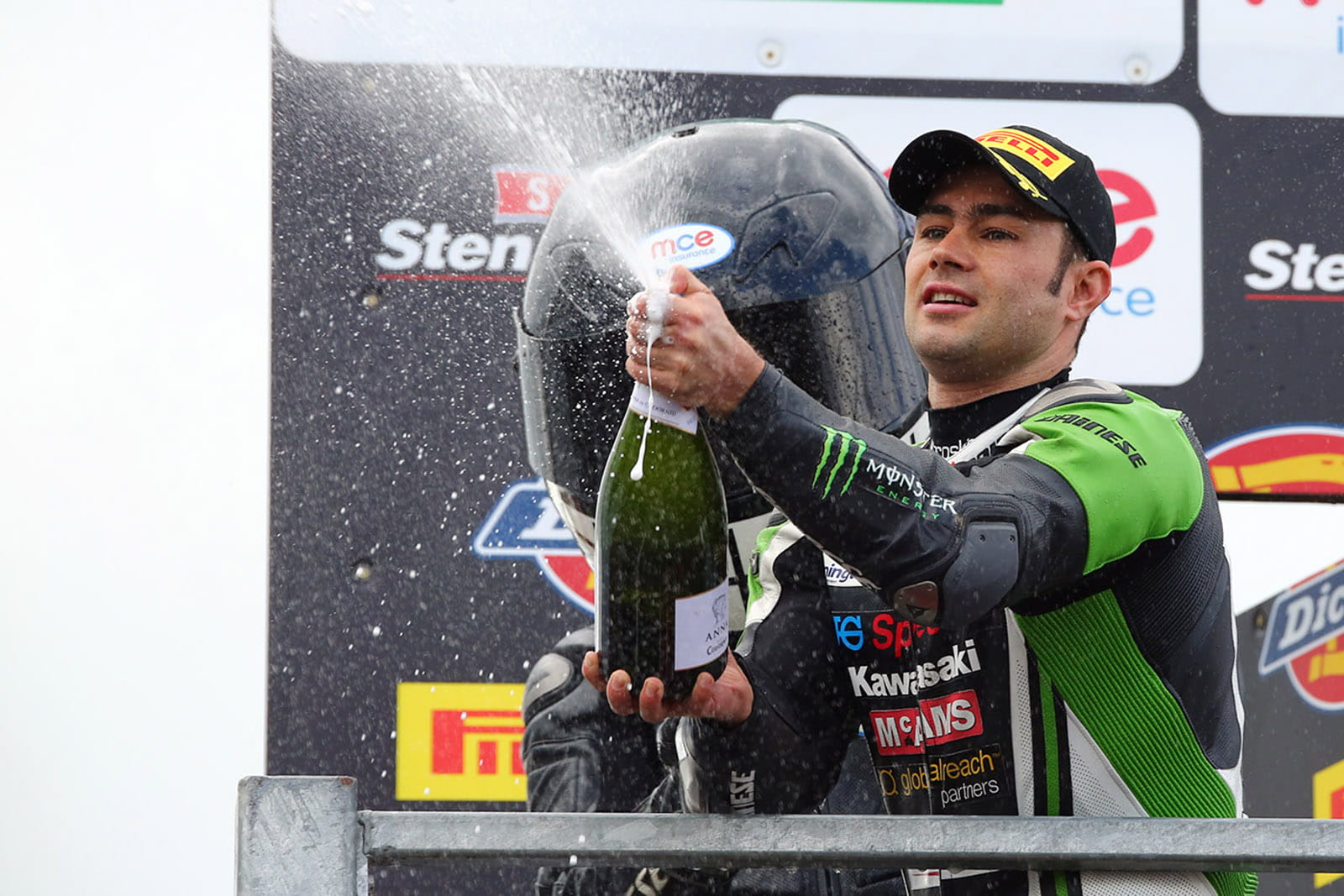 Leon Haslam took his first win since 2008 in the first race of this weekend’s action at Oulton Park in mixed conditions, with Richard Cooper achieving a shock win in a dramatic last corner battle with Christian Iddon in race two. Ex-Supermoto ace Iddon leaves the Cheshire venue with two second places, and the championship lead.

The first race saw JG Speedfit Kawasaki rider James Ellison storm ahead at the front, but then was caught by hard charging teammate Leon Haslam who came all the way from fifth place to take the lead towards the end of the race. He controlled the pace to the flag taking his first British Superbike win in eight years. Christian Iddon crossed the line in second place after battling hard with James Ellison, who took third. 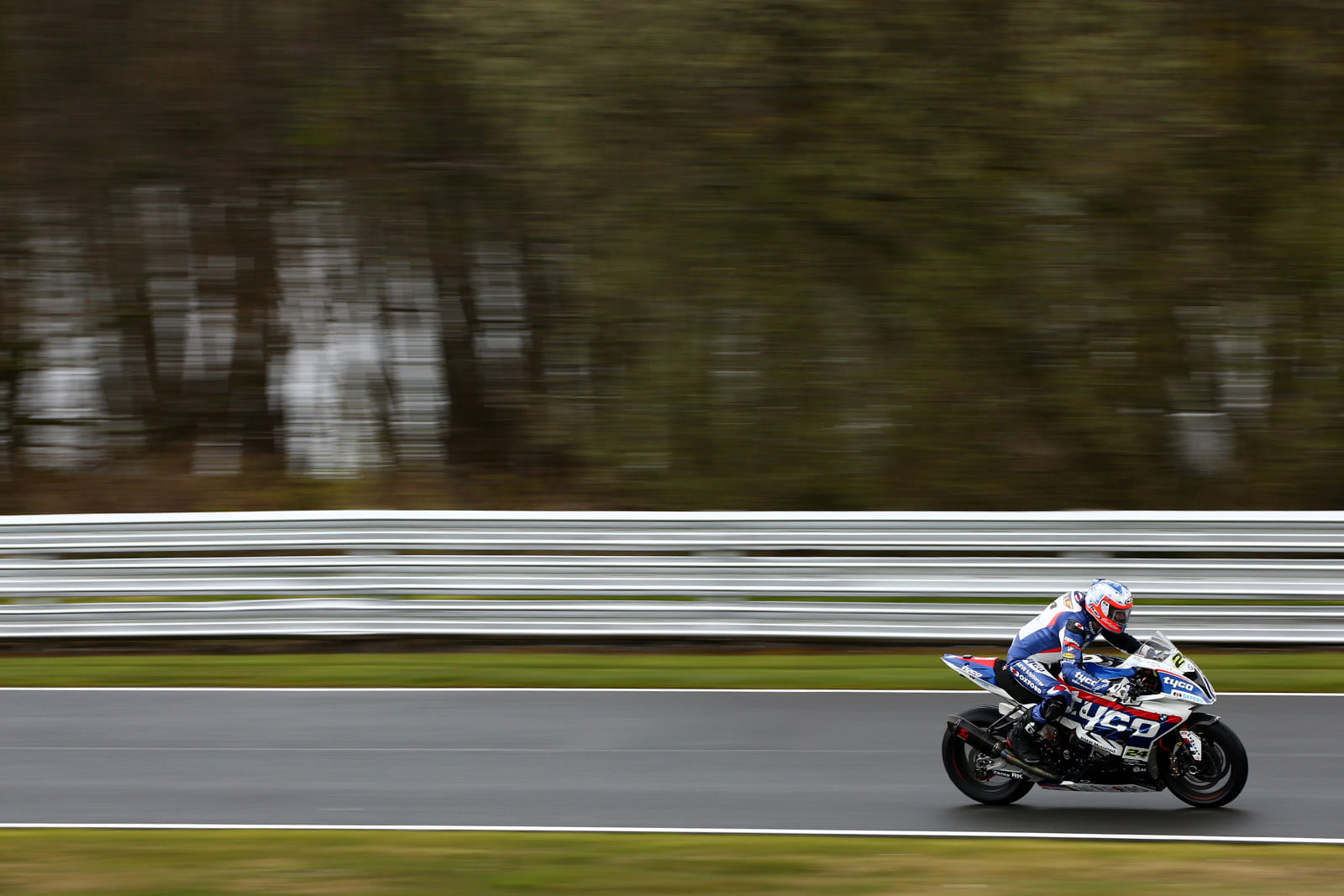 Race two saw drama after rain fell just minutes before the start meaning tyre choice would be a gamble. Eventual race winner Richard Cooper took the choice of an intermediate front, with a slick rear and the gamble paid off. He had to fight for it though, and on the last corner had to take the lead back off Christian Iddon after the Tyco BMW rider ran wide.

Race one winner Haslam also made a bold choice opting for full slick tyres, however his settings weren’t perfect, meaning he had to ride hard for his third place.

The biggest shock of the weekend wasn’t Cooper’s maiden superbike win, but the difficulties that saw Shane ‘Shakey’ Byrne off the podium in both races, taking an eighth and sixth place finish in his 300th Superbike outing.

A smiling Leon Haslam admitted after race two: “The tyre choice was spot on, I was little bit cautious with it but at the end they were the tyres to be on.

“We ran out time on the grid, we didn’t get a full dry setup on the front end, and when it dried out I couldn’t break. I felt we got the most out of what we had. It had been quite positive anyway, it was mixed conditions and Oulton Park is a challenging circuit to come back to. So to come away with a win and a third in these conditions I’ll take it all day long.”

Leaving with the championship lead of 14 points Iddon expressed: “That was amazing, I actually came to the grid and I wanted an inter front and slick rear but I was kind of over ruled a little bit. It was a strange race really, I didn’t know Coops had a slick rear and it was back to front, he was quicker when it was damp.

“I just tried to conserve the rear tyre because I knew it was going to go off, then we had a few drops of rain and then I had to concentrate on Coops. It was a difficult move on the last lap, I ran him a little bit wide and it wasn’t ideal but it had to be done.”

“I’ll do my best at Brands, British Superbike is so tight and you don’t know who you’ll be racing against because there’s that many that can be up there, but I’ll be trying!”