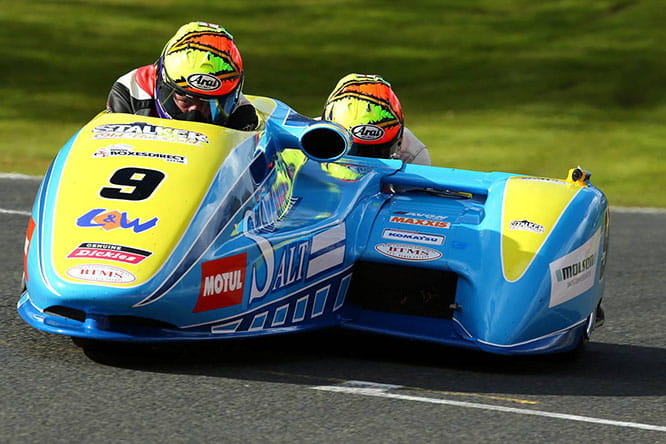 Renowned for his World and British Superbike wins and never-say-die efforts, the 40-something has switched from a two to three wheel LCR chassis but one factor remains, a trusty Kawasaki ZX-10R Superbike engine!

Walker’s first outing came yesterday, on a difficult and patchy Oulton track. He definitely didn’t embarrass himself but told Bike Social after the race that he wanted more.

“That was amazing,” said Walker. “I was tentative off the start, having never starting on one before. That made the job a little bit harder but then I got into my groove easily.

“I got stuck behind someone, I don’t know who because I don’t know anyone’s name yet! Then in the last eight laps he started to hold the inside line because he knew it was me and the last lap I wanted to make a charge but I missed a gear and he got away.

“I’m mega pleased as I couldn’t have dreamed of getting a top six at the start of the weekend, so to get that high up it’s great. I’ve gelled with Ashley (Hawes - passenger) really well so onwards and upwards.

“It’s getting serious now, I’m so chuffed and the support I’ve had from fans and the superbike boys like Shakey, Tommy Hill, Stuart Easton and Cooper has been amazing. It’s been a great weekend, I’ve loved it.”

The 12 lap race was won by driver Tim Reeves and passenger Gregory Cluze on their Yamaha powered outfit.

Walker's next outing on the Santander Salt-backed outfit will be on the short Brands Hatch Indy circuit on the weekend of 20-22 May.