Vinales on top again in Qatar 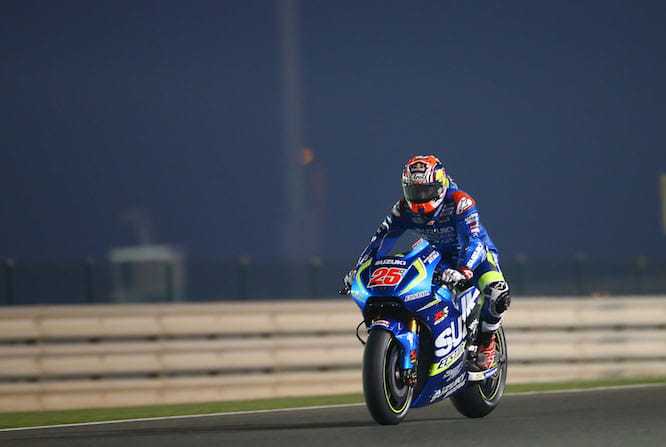 Maverick Vinales continued his strong pre-season form on the second day of testing in Qatar, topping the timesheets ahead of Ducati’s Andrea Iannone.

The young Spaniard was just 0.072sec quicker than the Italian with world champion Jorge Lorenzo a close third just under a tenth off Vinales’ time.

Honda’s struggles continued with Dani Pedrosa the leading RC213V in seventh, ahead of nine-time world champion Valentino Rossi and Marc Marquez, who suffered a fall early in the day. Aleix Espargaro rounded out the top ten as the only Suzuki rider to try the GSX-RR’s fully seamless gearbox.

Pol Espargaro was 11th, ahead of Loris Baz and Cal Crutchlow with Yonny Hernandez and Tito Rabat rounding out the top 15.