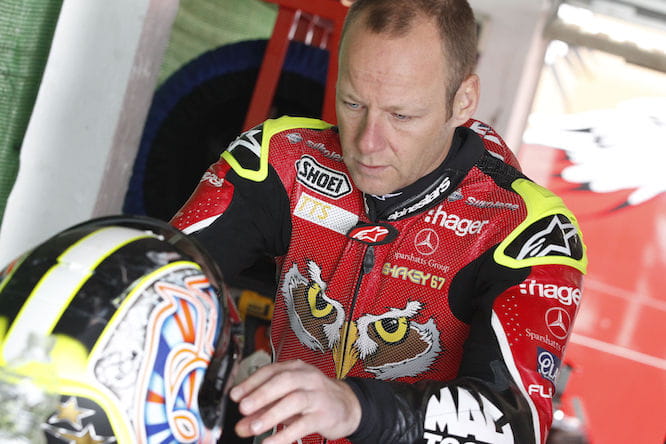 Shane Byrne is a name synonymous with the British Superbike Championship. Having won more races and titles than any other rider in history, Byrne is undoubtedly King of the world’s most popular domestic race series.

Each year it was getting harder to beat the combination of Byrne and the Paul Bird Motorsport team as their relationship continued season by season, but in 2015, Australia’s Josh Brookes managed to dethrone the multiple champion.

Last year was far from perfect for Byrne. That edition of the Kawasaki’s ZX-10R was reaching the end of its development cycle and Byrne was finding that in some areas, the bike could not perform as well as its rivals – Brookes’ Yamaha in particular.

Despite Kawasaki rolling out an all-new ZX-10R for 2016, Byrne and the PBM squad, now backed by insurance firm Be Wiser, opted to make a bold switch to Ducati.

The Ducati switch made sense for Byrne, he’d enjoyed many of his career successes aboard the iconic Italian machinery including British Superbike titles in 2003 and 2008 but nevertheless it was still a huge move. 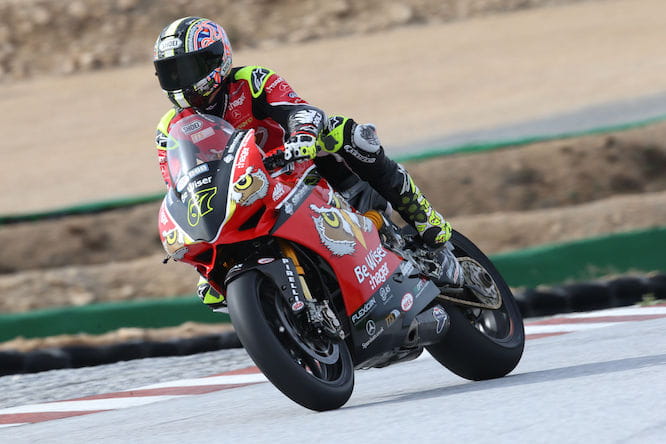 Ducati haven’t won a British Superbike race since Michael Rutter took the 1098R to victory at Silverstone in 2010. That’s a six year drought for the Bologna firm and until John Hopkins stepped on the MotoRapido Panigale last year, the bike hadn’t even come close to a podium.

Taking the Ducati and turning it into a championship threat is a huge task for the PBM squad, but Byrne has no doubts they’ll be up there despite a tough time in testing.

“This bike is very different, but I love it,” he said speaking exclusively to Bike Social. “There are things we worked on for four years to make the Kawasaki good at, and in those areas it is probably still quite a bit stronger than what we have now, but in the areas that were weak points for us, those that became more and more apparent as the year went on last year, the Ducati is absolutely phenomenal at to the point where you are thinking ‘flipping hell can I really do that?’

“Every time we ride we make a huge step forward. In Guadix we put the 2016 forks in for the first time and made a step forward, then you make a chassis change and it’s another big step forward.”

Instead of popping down the local Ducati dealer, buying a Panigale R and speccing it up PBM have taken a different approach. Their bikes have come directly from the Ducati Corse department in Bologna in a spec that wouldn’t be embarrassed in a World Superbike race, but British Superbike rules mean most of the good stuff, the advanced electronics, has to be stripped off. 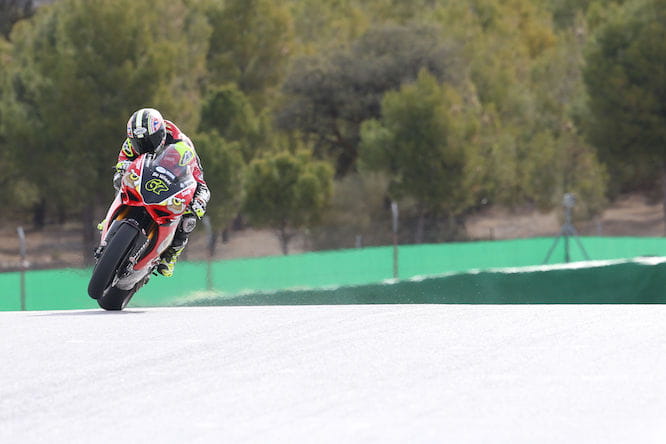 “When you buy a Panigale from the factory you buy something that has been developed around electronics. If you took the bike to a World Superbike race you’d be in a pretty good shape but we’ve had to take all that off to make it a British Superbike,” explains Byrne.

“The main difference at the minute when I look at Danny Buchan [riding the MotoRapido-prepared Panigale] I see how manageable and usable his bike looks compared to ours, which is aggressive and almost turbo-charged in comparison.

“I’m not complaining about the speed and I’m not complaining about the power but we’re just chipping away to try and make that power usable. There are some areas of the track the Ducati is really strong and you get such a run out of corners it makes you think ‘wow this thing is incredible’ but then you’ll get to another area of the same track and it’s a little more difficult to ride.

“MotoRapido’s three or four years of fuel mapping and engine response has worked well, you can see that Danny looks really comfortable. I ride my bike smiling thinking about when we can get to that level. It’s not something that happens overnight, but he is so smooth and the bike looks so much softer as he gets going off a corner compared to my bike. When we get there this package will be really special.

“I’ve got Giovanni [Ducati engineer] working on it, as is Chris my data guy and Phil Borely. They are three clever guys so I’ve no doubt that we’ll get to that level of usability. All the ingredients are there but they’re not quite at the boil yet but when they get there it’s going to be a really good package. It’s already good, but with a few tweaks as we get used to it it’ll be even more so.”