Leon Haslam: 'There's no reason I shouldn't be fighting for the title' 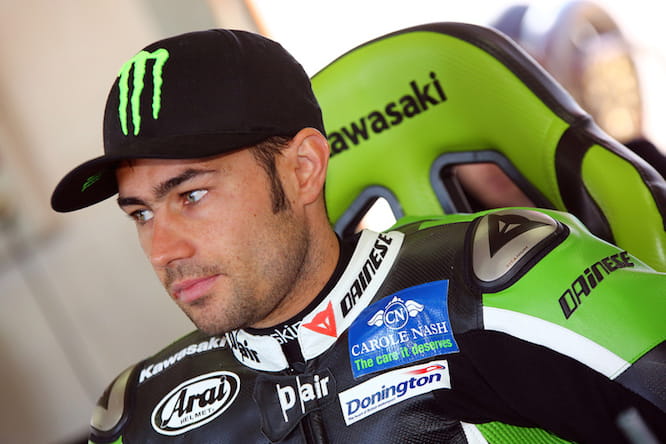 Leon Haslam has expressed a clear vote of confidence in his JG Speedfit Kawasaki team ahead of the 2016 British Superbike season, stating that everything is in place for him to win the title should he do his job.

The former World Superbike runner-up moves back to Britain for an assault on the domestic championship this year and heads into the season with masses of confidence after an extensive Spanish testing schedule.

Upon signing for the GBmoto squad late last year, Haslam made his intentions to win the British title clear and his initial impressions of the factory-backed Kawasaki ZX-10R have done little to change these goals.

“It’s all about the package you’ve got,” said Haslam speaking exclusively to Bike Social in Spain. “I’ve never started a season where in my own head if I do my own job I should win. There have always been other factors, whether it’s been not having the best bike or someone else having a better package meaning I have to override just to match them.

“While I know I’ve got some hurdles to overcome this year, including getting used to the British tracks, riding without electronics and the high level of competition, if I do my job, there’s no reason I shouldn’t be fighting for the title.” 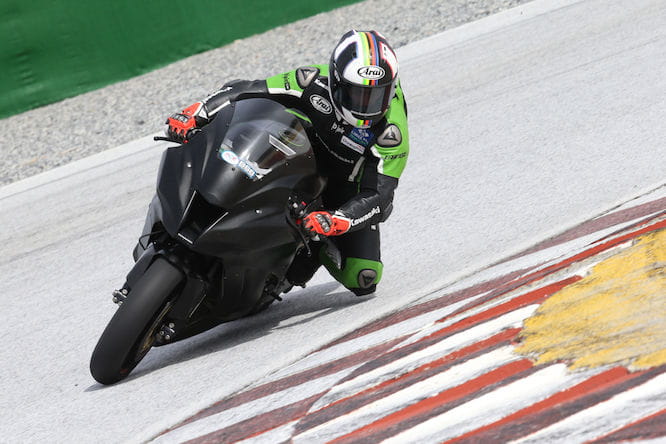 Having never ridden a Kawasaki before, Haslam spent the winter testing schedule familiarising himself with his new steed. On top of that, he moves from racing some of the trickest superbikes in the world with cutting-edge electronics to the more basic specification of British Superbikes with no electronic rider aids whatsoever.

“It’s very different to what I’m used to,” he explains. “You’ve got to ride a little more cautiously as you can’t rely on the electronics to sort it out for you. On World Superbike machines you can almost get on the gas while you’re fully cranked over.

“As a tyre gets older the lap times drop more as you haven’t got the aids to even it out, so it’s all about being smooth and precise. It is fun as it’s more down to the rider and being able to ride around the issues than some guy sat in the garage on his laptop. If it’s down to you, you have no excuses.

“Electronics can be great when they are working but if they aren’t it’s a nightmare. Not having electronics makes everything much more equal in BSB. In Worlds, the difference between the factory Kawasaki, Ducati and Aprilia is all down to electronics. Each bike is good in its own right but the reason the Kawasaki and Ducati are ten seconds faster than everything else is purely down to electronic set up and the preparation they have before a race.

“That was always a constant battle for me, especially when I rode for Honda and BMW. I genuinely believe they were winning bikes but without electronic systems like the other guys it made it almost impossible. It’s a bit of a minefield but this year I’m taking that element away and it’s more down to me. I’m on a very good bike with a very good team and that’s what makes it exciting.” 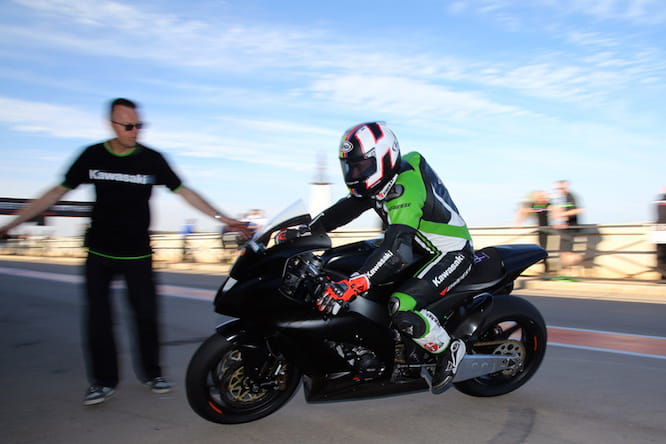 An extensive testing schedule has seen Haslam out on his ZX-10R at four different circuits so far this year. After spending the first tests familiarising himself with the bike, the real work started last week in Cartagena before moving on to Guadix.

“The two tests we did initially were good for getting used to the bike and at Cartagena we got through quite a hefty test programme and continued that in Guadix even with the cooler track conditions. We’ve got a few more things to try but I’m feeling quite confident with how far we’ve got.”

While testing lap times hold little relevance, Haslam posted competitive times compared to his rivals at both Spanish circuits, meaning he heads back to the UK with boosted confidence ahead of the season’s start next month.

“The bike felt good from the first time I rode it. Testing is strange, a lot of people throw tyres in for a one off lap time but it’s all about working out what components do what. Over a race weekend you don’t get to try different swingarms, different shock settings and if you do it’s really hard to do it back to back whereas in testing that’s what it’s about. We’ve been trying big component changes and no matter what we’ve tried we’ve been fast. We’ve still got to put it all together but the lap time is there so we’re not looking to find anything.”