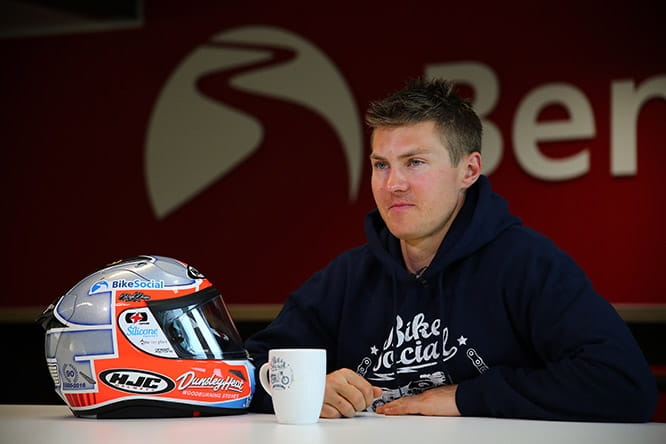 "The thing with BSB this year, I reckon fifteen riders can win a race, the difference is if you can be there consistently." Christian Iddon, Tyco BMW.

After a dominant start to the 2016 BSB season that saw Tyco BMW rider Christian Iddon finish on the podium in each of the first four races, a tough weekend at Brands Hatch meant he slipped to third behind Leon Haslam and Shane Byrne.

We caught up with him ahead of Round 4 at Knockhill to find out how the 31-year old thought his season was going and who he thinks will make it into the infamous Showdown.

And here's the transcript:

I’m peaking really. With the showdown system you run it as a two-tier championship; its almost like nine rounds and then three so the plan is to be in the top 6 after nine round and see if we can fight for the championship at the end.

The season started off probably not better than I thought but certainly we got real good results and real good positions from the first few rounds, we podiumed in the first four races and then we had a tough weekend at the last round at Brands Hatch. It was a bit of a difficult one really, the first time I’d struggled on the BM this year. Every other race this year, the Tyco BMW has been mint. I struggled with a bit of front end feeling and the British Superbike Championship this year is that tight this year that if you’re slightly off the pace it’s not like your fourth or fifth, you’re fifteenth and that’s the area we found ourselves in. We regrouped for the second race and managed to find a setting I was happy in and I got the second quickest (lap) time but because we started so far back, seventh was the best we could muster so that dropped me down from leading the Championship to second or third. But we’re still in the hunt so we’ll keep at it.

This year I’m with Tyco BMW, one of the most respected, if not the most respected teams in the paddock, they’ve been around for an awful long time. Often there can be a lot of expectations when you move to a team like that but because I’ve got Michael Laverty as a team-mate, he’s the one bearing all the pressure to be fair, I’m just there enjoying the fruits of his labours from the year before and the teams’ labours where they’ve (now) put a great bike underneath us for this year. I actually don’t feel the pressure, I’m just trying to enjoy my racing I think that’s the best way to do it, every weekend it is what it is. When we’re fast I’ll make the most of it and when we’re struggling I’ll have to make the most of that. I don’t really feel any extra pressure. I’m loving being with the team, I get on really, really well with all the lads. I spent a good week over in the Isle of Man with them, just milling around and enjoying their company and watching Hutchy be awesome. So, I’m enjoying the whole environment that Tyco BMW have put around me, the bike is good, the team’s good, I just hope I’m good enough to finish the job off. 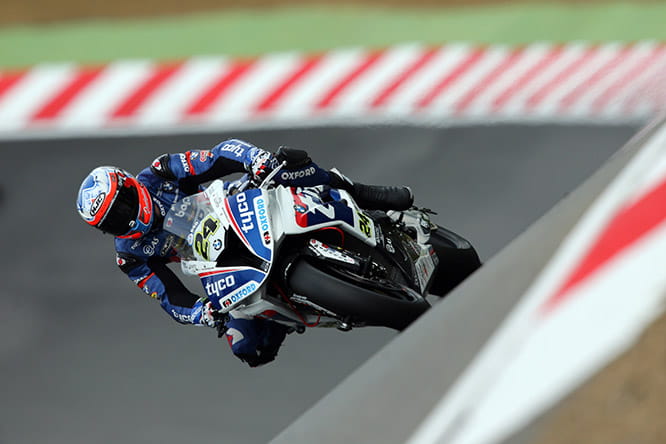 Any tracks you’re not looking forward to coming up?

In British Superbikes, to be honest with you, I don’t not look forward to any tracks. The one that I’m least keen on is Snetterton, it just bores me a little bit, it’s a bit flat. But apart from that, I enjoy the different ones, Knockhill’s coming up, I know it’s going be tough because it’s such a tight little track. And then we’ve got Thruxton coming up later and that’s another one I really enjoy. I don’t not look forward to any of them, I actually really look forward to riding my bike and racing my bike at the weekends.

I think this year I do seem to be surprising people which I don’t know whether to take that as a good thing or a bad thing. I’ve never really had that before, I’ve won plenty of things in Supermoto and I’ve won plenty of championships so I know how to put a championship together and alright, that’s a slightly different sport, we’re doing short-circuits now and it’s not supermoto or it’s not motocross but to be honest it’s the same sort of thing, it’s like going from badminton to tennis; you’ve still got a racket and a ball-type-thing and you’ve still got to hit over the net and that’s the same sort of way of looking at it. A championship’s a championship so if you’ve got more points at the end of the year then you’re the best.

Who’s going to be in the Showdown?

The Showdown system is an interesting one, the way that BSB works. To be honest, I think my team-mate, Michael Laverty, he’s got a real good chance, he stays quiet and chips away and works real hard. You’ve got a few different riders that I think are really good but I think Michael, Shakey and Leon Haslam for me are the three main ones that are going to be real Championship protagonists, you can’t ever rule any of them out. Michael’s sort of the quiet one who keeps chipping away, keeps working, you don’t really see much of him on the Friday and the Saturday and then boom, he’s there on the Sunday. Shakey’s just fast on anything and the more they’re getting that bike working, the more then obviously he’s going to become more and more of a threat. Leon’s just one of them who’s got outright pace and aggression so even if things aren’t working out for him you know he’s going to be there come race day. For me they’re the three riders who can consistently be up there.

The thing with BSB this year, I reckon fifteen riders can win a race, the difference is if you can be there consistently. Running up to the showdown that’s sort of the plan: keep boshing out the good points, the high finishes and hopefully be there in the top six by the time we have three rounds to go. 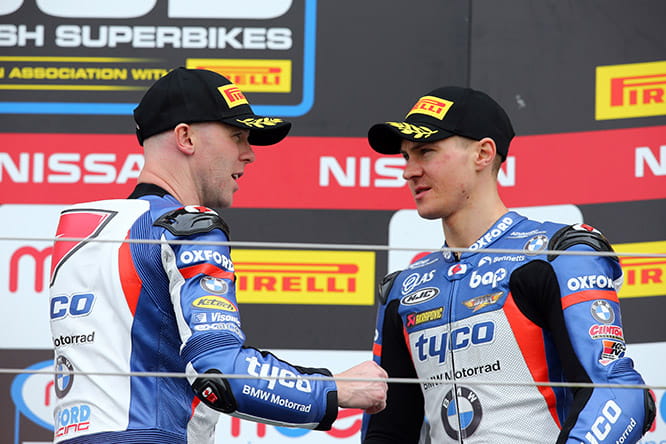