No home advantage for Bridewell at Thruxton 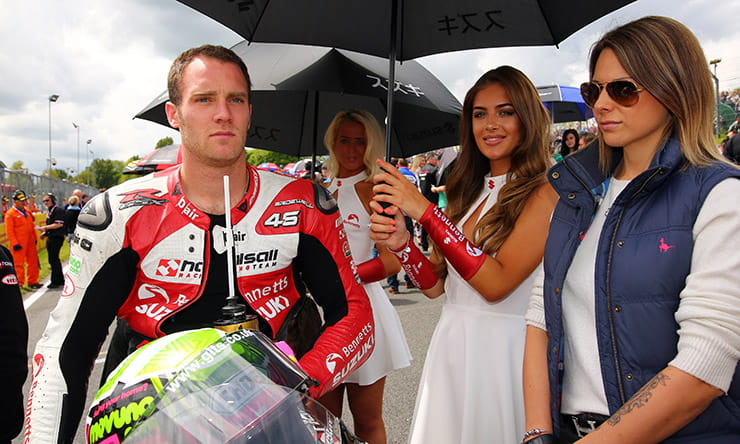 ‘Home advantage’ is an oft used term in sport, but according to Bennetts Suzuki rider Tommy Bridewell, racing at his local track this weekend is unlikely to give him any kind of added edge.

"It makes no difference to be honest. To be fair, Thruxton has been one of my worse rounds,” said the 28-year-old, who hails from Devizes in Wiltshire but lives just minutes away from the Thruxton circuit. “It's a really, really odd one. Sometimes I go there and I struggle with the bike and I just can't quite get it right and get comfortable; Thruxton can be very intimidating if you're in that position.“Then other times the bike can work mega and the pace is there. To be honest last year we were strong and even on the Yamaha I was alright.

“Last year I got taken out in race one. I did have slight concussion but I managed to get out in race two and finished fourth, so taking in the circumstances it was actually a good race for me. We've just got to try and get the Suzuki on the podium and have a good weekend." 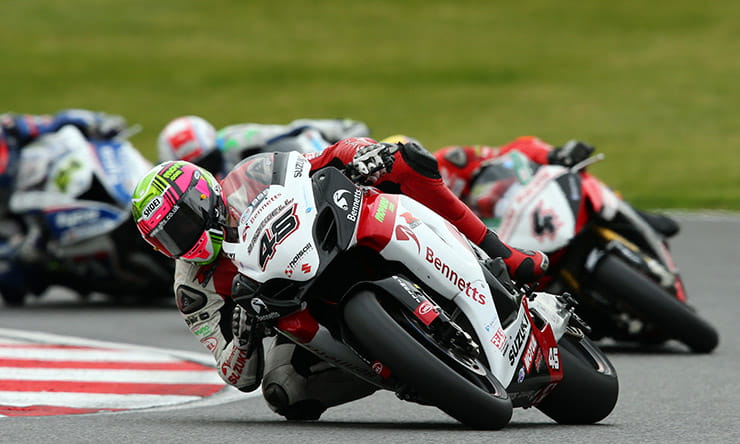 Bridewell has taken a podium on board the ageing Suzuki, which is set to be replaced by an all-new GSX-R1000 for 2017, when he finished third in the first race at Brands Hatch, however the man who has finished the last two seasons inside the all-important top six feels that another trip to the box isn’t too far away.

He added: "I hope so, the speed of the bike is good but it is no secret we are obviously on an older bike and sometimes it does make challenging for wins a little bit more difficult perhaps than others have.  “The team do a phenomenal job in that they work endlessly to make the best of it. We are able to challenge for race wins and podiums, it sounds stupid but we have to maximise every single avenue to get the full potential out of the bike, the setting, out of me, the whole lot. When it’s absolutely perfect then we can do good times.

"Obviously it would have been nice to have more podiums and a race win by now but we have had a little bit of a steady start to the season in some degrees but in others we've perhaps done relatively ok for numerous reasons really."

Last time out at Snetterton saw Honda take their first win of the season with Jason O’Halloran, while Dan Linfoot made it four podium finishes in a row on a machine of the same vintage as Bridewell’s Suzuki, something that hasn’t gone unnoticed by Bridewell.

"Honda are doing a very good job. Yes, in some sense, the bikes are more or less the same age and (like us) they are still running cable throttles instead of fly by wire.  “It's baffling to how an old bike is able to out-drag a 215 horsepower BMW down the straight, it is a little bit of an unknown. To be honest I don't really look at anyone else bar our own performance, to be fair at Snetterton we had terrible, terrible chatter and I just couldn't get around it. I came away absolutely physically exhausted."

"Thruxton can be an absolute nightmare,” highlighted the former European Superstock racer. “Some people do try and run a softer tyre like I did last year. But you have to be very, very conservative through the whole race and back the pace off drastically. So I'm going to concentrate actually doing it a different way this year, and I'm not worried about out right lap time and just doing just a one lap outright banzai.”

Following his switch from Tyco BMW to the Bennetts Suzuki team, Bridewell was targeting a championship challenge, but things haven’t gone his way, something which he admits he didn’t expect.

"In some respects its not gone how I’d expected but I'm really, really happy with where I am but results wise I'm not jumping for joy. But the team are so good to work for, so encouraging and I know that when we get a newer bike there will be no question I will be able to fight for race wins and the championship. Family and friends will be supporting Bridewell in his quest for the podium at the weekend, but there is one man that will be riding shotgun with Tommy in both races, his brother Ollie.

Ollie Bridewell was a former British Superbike racer, who sadly lost his life in a crash at Mallory Park in 2006, and Tommy admitted he always rides for his brother.  “It's no different to any other round, Ollie comes with me every weekend so it makes no odds it being a local one. I'm always very optimistic and excited for my home round for sure. Like I say every time I go there I'm very positive and hope it goes our way for once, but I'm still waiting for that and hopefully it will be this weekend."