Michael Laverty: 'This is my best shot at the title' 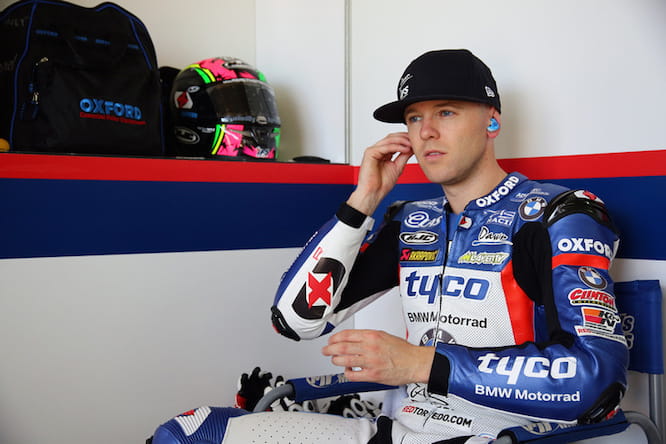 Michael Laverty has said 2016 presents his best shot at clinching the British Superbike title after a positive pre-season testing programme with the Tyco BMW team.

The Ulsterman believes sticking with the Moneymore squad has given him the continuity he has lacked in previous years as he faced the challenges of learning new bikes and forging relationships with new teams.

There’s been no unfamiliarity this time around as he stepped straight back on the BMW S1000RR he took to victory in the final race of last season at Brands Hatch.

“This is probably my best shot at the title,” he said speaking to Bike Social at Donington Park. “I’ve never had the continuity before, I’ve always thought the grass was greener and regretted it once or twice! This time I knew what I wanted to do early doors, we’d put in a lot of hard work last year and I knew it’d pay dividends this year. I’ve got a team around me I’m happy with, I’ve got a bike underneath me that I’m happy with, I’ve had a really good pre-season and I’m in good shape. All the boxes are ticked and I think we’re ready to go!”

Not only does Laverty head into the season as the winner of the last race, but he also topped the timesheets on the final day of pre-season testing at Donington Park with a lap time that would have seen him on pole position at the first round at the same circuit just 12 months ago. 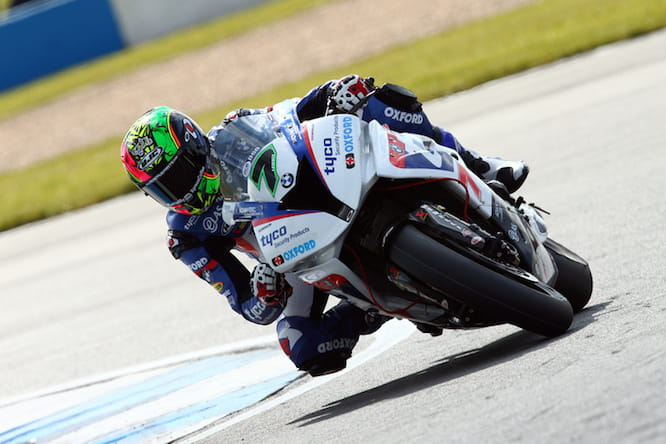 Despite the strong pace, Laverty says he hasn’t stuck his neck out for a lap time and believes there’s more to come from both him and the Tyco BMW.

“I’m still not getting what I can out of the bike. I can put in good race pace but to get the outright pace we just need to get a little more out of the bike, I’m having to fight it a bit so to do the times we’ve done I’m really happy but there’s quite a bit more to be had.

“I didn’t think we’d gain a lot at Donington with Silverstone two days prior but we’ve actually learned quite a bit about a weakness we need to work on. Lap times are good, but I feel like I’m giving away a little bit here and there. It doesn’t mean a lot but it’s nice to be top heading into the first round, a good little confidence boost!”

With both Laverty and the team new to the BMW last year, the first half of the season was very much about development and learning. A year on and things couldn’t be more different, with the 34-year-old out for the win from the very first race.

“It’s night and day compared to last year,” he continued. “I was trying to put a positive face on to everyone after testing last year when I knew it was going to be very difficult in the early rounds. This year it’s been a breeze.

“I’m going to Silverstone to win. We’re not making up the numbers in the early rounds, we’re coming out to get the podium credits and to try and win. We need to show we mean business and I reckon we’re possibly the strongest race-pace wise but that remains to be seen. Everyone will keep coming on with their new bikes whereas maybe we’re closer to our maximum but we’ve definitely still got more to come.”

Laverty’s MotoGP star brother, Eugene, also believes 2016 is Michael’s best shot at taking the British Superbike title. He reckons his elder brother is favourite for the crown with multiple-champ Shane Byrne on the back foot after switching bikes for the first time in five years. 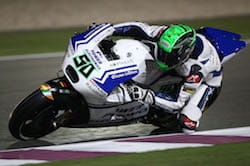 Speaking to Bike Social in Qatar, he said: “All through the winter Michael has been working away at it quietly without putting in that one lap like a lot of younger riders do. In my book he’s the favourite. He’s got a strong bike in a strong team so I think it’s looking good.

“I was happy to see him stay where he was because I didn’t want to see someone else reap the rewards of the hard work he did with the team last year. Three quarters of last year was a waste for them as they had a fundamental problem with the bike and they didn’t actually find that out until the showdown. Once they got it sorted he went out and stuck it on the podium in every race so they are looking good.

“I think it is his best chance. Some of his best opportunities so far have lacked the continuity with a team or a bike, without that you struggle to fight for the title.

“If anyone is going to beat Shakey this year is their best shot as he’s taken that step into the unknown. Nobody could take it to Shakey until Josh did last year as everything was the same for him, now Michael has that and Shakey has lost it.”