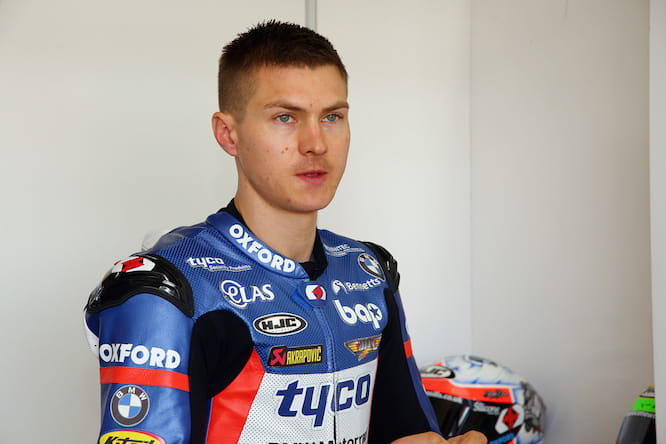 Former British Supermoto champ Christian Iddon is looking to make his mark in the British Superbike series this year after signing with Tyco BMW for the 2016 season.

After showing flashes of pace with Bennetts Suzuki last year, the 31-year-old is looking to up his game in 2016 and got off to a strong start by rounding out the final pre-season test at Donington Park third fastest overall.

In joining the Tyco BMW team, Iddon will ride alongside Ulsterman Michael Laverty, who won the last race of the season after a year’s development work on the S1000RR. A former showdown contender, Laverty topped the times at Donington to position the BMW outfit as a potential dominant force this year.

“We’ve definitely got a shot this year,” Iddon said speaking to Bike Social. “All of testing has been pretty good. I started off as slow as sin but I always do after a winter off on the building site! It’s been a good run through so it’s nice going into round one. I know what work we’ve done and I know what we’re able to do and what we can do on which tyres too, which is something I wasn’t as strong with in previous seasons. I’m still learning the way to work with this bike but I’m happy with how it’s gone.”

After two weeks’ testing in Spain, plus two days back in the UK Iddon feels he’s had plenty of time to acquaint himself with the S1000RR and is happy with the results thus far. 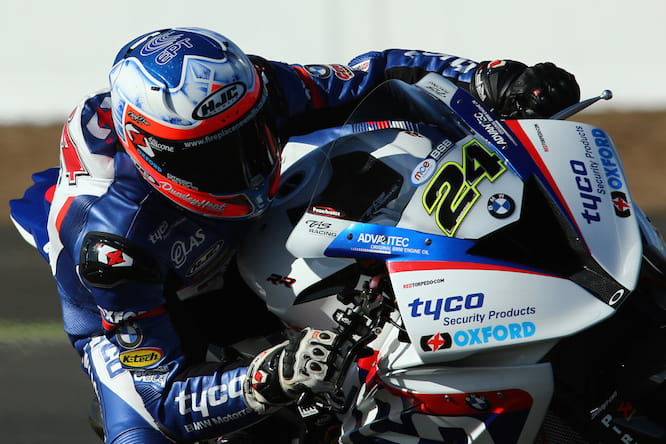 “I feel good on the bike, I’m happy enough. There are still a few things I want to look at and do a bit of work on but all in all, I’m happy. The main thing for me is the ability to do consistent lap times. You can really throttle off and you’re still quite quick. I’d like to sneak out a bit more on the ultimate performance though, just to take another chunk off.”

His pre-season pace has placed Iddon as a dark horse ahead of the season’s start this weekend, and that’s the way the Derbyshire resident wants to keep it as he plans to start the season as ‘incognito’ as possible.

“I don’t think it’s wise to go out with a point to prove as that can land you in hot water pretty quick,” he says. “The way BSB is with the showdown it’s a bit silly to do that. Everyone will be trying, but Silverstone is a good track for the first run of the year as it gives us space on the track to fight with each other when everyone wants to murder each other! I’ve no point to prove, I just want to be as solid as I can. I’m not going to talk stuff up as I don’t really want to. My whole plan this winter has been to go incognito and I’d quite like to do that for the first few rounds too before sneaking in a few surprises.”