One apiece for Brookes and Byrne as championship intensifies 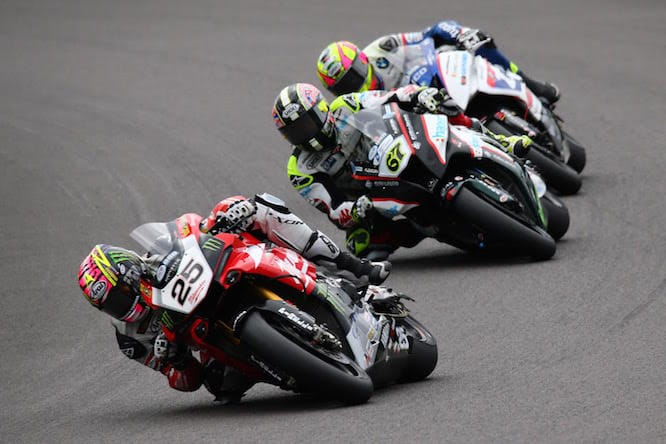 Byrne took the holeshot in the second of the weekend’s three races, but it wasn’t long before championship leader Brookes made his way into the lead.

Tyco BMW’s Tommy Bridewell settled into third before highsiding out at Cascades on lap five, leaving a four-way battle for the podium between Linfoot, Mossey, Buchan and Ellison.

Byrne remained on Brookes tail throughout the race and looked set to make a move in the closing stages before a mechanical problem ruled him out with just a lap to go.

Having seen Byrne was out, Brookes wheelied across the line ahead of Buchan and Linfoot, whose third place brought him within seven points of a top six showdown place.

Luke Mossey took fourth ahead of James Ellison, with Peter Hickman rounding out the top six.

Michael Laverty was seventh ahead of Buildbase BMW’s Richard Cooper, with Christian Iddon and James Westmoreland rounding out the top ten. 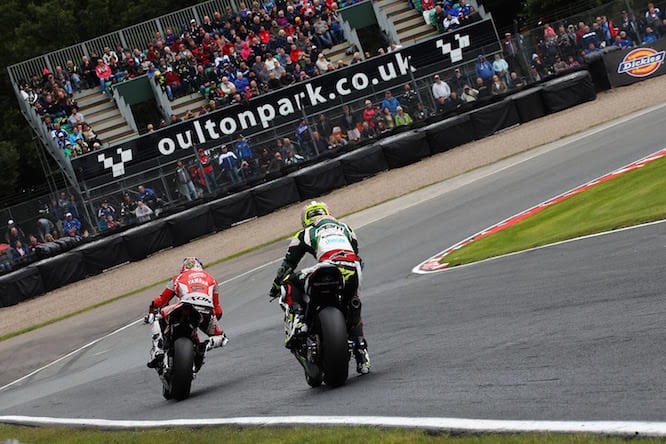 In Race 3, Byrne once again led into turn one but Brookes had taken the lead by the end of the first lap. The Aussie put the hammer down from the off, obliterating the lap record he set in race one on just the third lap.

A safety car bunched the pack up as damaged barriers were fixed following an incident involving TAG Kawasaki’s Shaun Winfield, and as the race resumed, Byrne lunged up the inside of Brookes into Old Hall, but ran wide allowing Bridewell and Buchan through. Despite this, the reigning champion had re-taken second place by the end of the lap.

It wasn’t long before Byrne and Brookes had gapped Bridewell once again, as they set about the battle for the lead.

Byrne slipped up the inside into Island on the penultimate lap and managed to hold off the Aussie until the end of the race to take his second win of the weekend.

Bridewell completed the podium ahead of Buchan and Ellison, with Linfoot competing the top six to secure his place in the showdown at the expense of the injured Stuart Easton.

Richard Cooper took seventh on the Buildbase BMW ahead of Christian Iddon and Ryuichi Kiyonari with Mainwaring-Smart rounding out the top ten.

With ‘Showdown’ points now in place, Brookes leads the championship by two points from Byrne, with Ellison third.