Josh Brookes hits out at lack of safety car 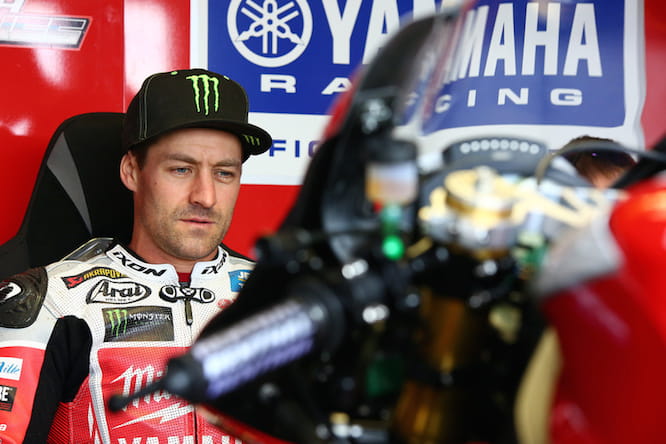 Josh Brookes has hit out at British Superbike bosses for not deploying a safety car during today’s opening race at Oulton Park.

The Milwaukee Yamaha rider was forced to start from the back of the grid after a terminal engine problem left him unable to qualify, but a strong start saw him charge through the pack and take fourth place by half distance.

Speaking after the race, the Aussie called out race direction for not deploying the Nissan GTR safety car for what he calls a number of ‘dangerous situations’.

“I’m a bit pissed off to be honest,” Brookes said. “In the last few rounds when I’ve been leading, the crashes that have brought out safety cars have not been of any significant risk to justify it.

“That’s fine, but if you’re going do it, make it equal. Today we’ve had a bike on fire, another bike with fuel pouring out of it and I even saw four or five marshals picking it up and spilling fuel everywhere meaning they were in a dangerous situation on a live race track with just waved yellow flags.

“I don’t care if there is a safety car or if there isn’t, but at least make it consistent, don’t favour other riders. I’m disappointed with the fact that situation even exists, not that the situation is for me or against me but the fact it exists. It’s favouritism and an idea can be suggested now that safety cars are deployed with a motive in mind to close the championship or to favour someone. 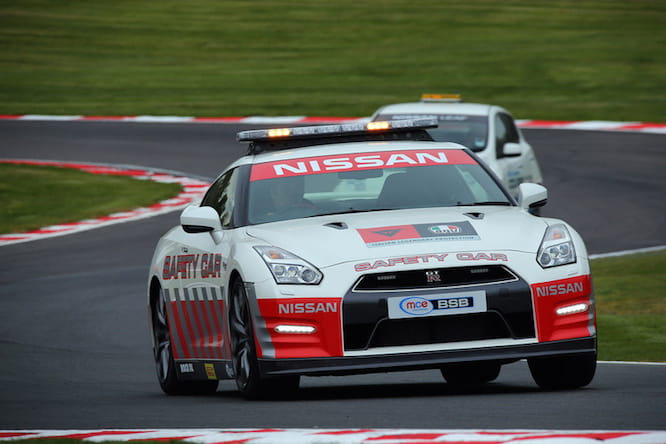 “Others might not agree but to me, that’s enough evidence to suggest there’s something going on. Today it was Shakey but if it was me or someone else it would be annoying to see that there is favouritism in the championship. It should be that whoever rides good on that day gets the points. If they end up ahead or end up being behind, that’s tough shit racing exists. Even if it was Hopkins and Shakey, if I had seen that a safety car influenced the result I would say something about it. I didn’t think those things happened here but it seems they do.”

British Superbike Race Director, Stuart Higgs, has said there was no call for the safety car to be deployed by marshals dealing with the incidents and highlighted there were just four fallers in the 18 lap race.

“We’re at one of the longest circuits on the calendar, we had no medical problems and no compromised barriers or surface. Normally we deploy the safety car if the marshals ask for one or if we pre-empt them, but no one asked for one and we never thought it was needed.

“It’s not like we’re at a circuit like Brands hatch Indy where a five-minute clear-up takes a full five laps. Today’s incidents were cleared up quickly by the marshals.

“I’m really disappointed in Josh’s comments, if that’s what he really thinks then it’s disappointing.”

All nine times the car has been deployed were to enable marshals to deal with track contamination, debris on the track, to fix broken barriers or to allow medical access to injured riders. Higgs highlights that none of today's four crashes resulted in any of the listed scenarios.