Championship leader Brookes to start from back of grid 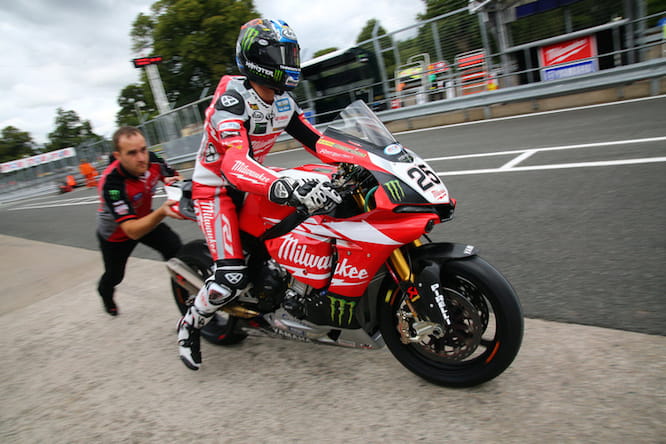 Josh Brookes will start this afternoon’s first British Superbike race at Oulton Park from the back of the grid after a terminal engine problem ruled him out of qualifying.

Having won the last six races, the Aussie is the man to beat this weekend but his rivals’ lives were made a lot easier when he pulled out after completing just his out lap in the first of the three qualifying sessions.

“I just did the first out lap and heard a noise from the engine so came in and the team knew it was something terminal straight away,” said Brookes. “The team started pulling the engine out and put another one in for the race this afternoon.

“The most frustrating thing is that with the weather being a bit dodgy this morning I only did six laps and if I had done seven we would have felt it and had time to change before qualifying!

“It’s going to be hard from the back of the grid but I will obviously be doing everything I can on the first lap to move forward. I really needed qualifying to fine tune the bike further as we have a set up from earlier in the year but we want to do more as always.”

Brookes’ main championship rival, Shane Byrne, capitalised on the Aussie's absence and took pole position for the race, which kicks off at 16:30 this afternoon, ahead of Tommy Bridewell and James Ellison.