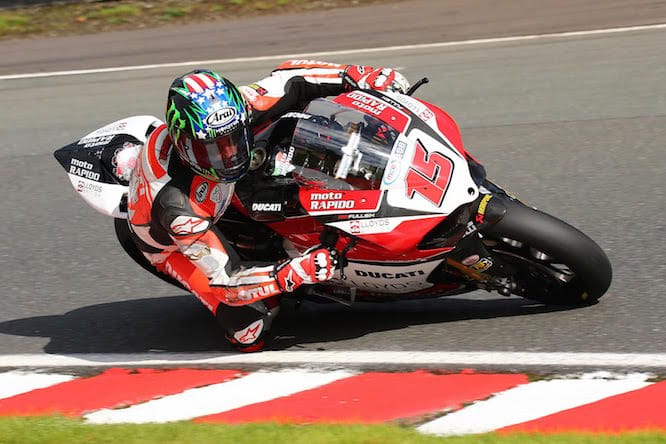 The ninth round of the 2015 British Superbike championship is underway at Oulton Park this weekend and it's one not to miss as riders fight for one of the four remaining showdown spaces over three races.

Championship leader Josh Brookes and defending champion Shane Byrne are all confirmed for the three round shoot-out for the title but the last four positions remain in question.

James Ellison holds third place and sits some six points ahead of Tommy Bridewell as he returns from the wrist injuries he suffered two rounds ago at Thruxton. With ten points over fifth and sixth place, these two look the most certain to retain their places but with three races to go at and 75 points available, anything can happen.

Stuart Easton and Michael Laverty hold fifth and sixth respectively, but with Easton competing for the first time since that horrific crash at Brands Hatch it'll be a game of attrition for the pocket-sized Scotsman.

Dan Linfoot, Richard Cooper and Luke Mossey are in prime position to make up ground this weekend should any of the top six falter. Linfoot is just 21 points behind sixth placed Laverty, so three strong results could see him sneak into the title fight.