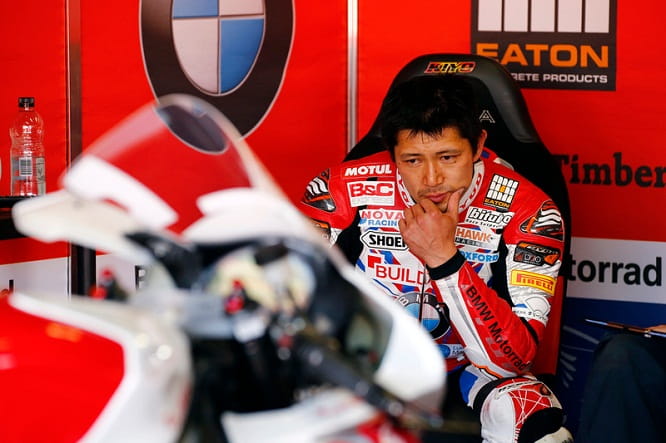 Ryuichi Kiyonari will miss the final round of the British Superbike season at Brands Hatch this weekend.

The three-time British Champion has suffered a lacklustre season with the Buildbase BMW team this year, unable to follow on from an incredible comeback to form in 2014 which saw him fighting for the title with Shane Byrne.

The Japanese star sits 19th in the overall standings having scored points in just nine races so far this season. He’s not been on the podium since he took victory from Shane Byrne at Silverstone just over 12 months ago. At this year’s Silverstone round, he couldn’t even finish in the points.

The team have given no reason for the withdrawal, but Kiyonari has since released a statement reading:

Speaking to Bike Social at Silverstone, Buildbase BMW team boss Steve Hicken said: “It’s been a tough season with Kiyo. The results aren’t doing him or the team any justice which is a shame as we know he’s capable of so much more. You only have to rewind to just over a year ago and Kiyo and the BMW were a formidable combination.”