One hand on the title for Brookes after Silverstone double 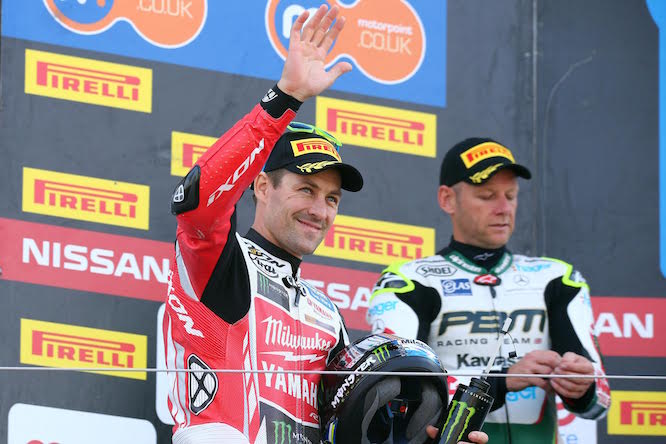 Josh Brookes took a huge leap towards securing the 2015 British Superbike title with a commanding double victory at Silverstone this weekend.

The Aussie showed frightening pace across the weekend, placing himself as a firm favourite for Sunday’s two races, but he didn’t have it as easy as people might have originally thought.

Championship rivals Shane Byrne and James Ellison hounded Brookes throughout the first race and while Ellison dropped back from the fight with tyre issues, Byrne continued to chase the Aussie down but it proved too little too late with Brookes taking victory by 0.6 seconds.

RAF Reserves BMW rider Peter Hickman saw off James Ellison on the penultimate lap to complete the podium, ahead of Hopkins who got past the JG Speedfit’s Ellison on the final lap.

After only managing the sixth fastest lap in race one, Brookes started the second race from row two of the grid and with Byrne on pole, it looked set to be a titanic battle. 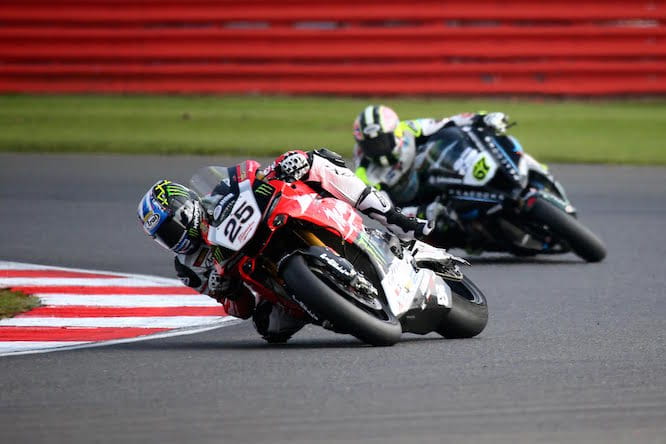 Byrne made a strong start but it was Ellison who shot into the lead in attempt to build a gap ahead of the PBM Kawasaki, Dan Linfoot and Michael Laverty.

Brookes ended up stuck behind Bennetts Suzuki man Christian Iddon, who put up a fair fight to hold off an attack from the Aussie.

Once past he picked the riders in front off one by one before passing Linfoot and Shakey in two corners. By lap eleven he’d taken the lead as Ellison began to drop back through the pack.

Not looking back after taking the lead, Brookes began to build a gap on the chasing pack. Byrne, Linfoot, Laverty and Iddon scrapped it out for the final two podium spots in the closing stages of the races, with Laverty holding off Linfoot to take second while Iddon pulled a strong move on Byrne on the last lap to finish fourth.

Byrne’s fifth place means he now sits 47 points behind Brookes with three races remaining, meaning if Brookes can finish three points ahead of Byrne in the first race at Brands the title fight is over. 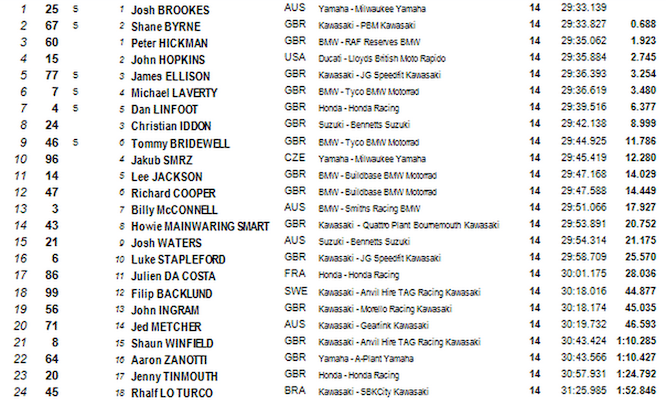 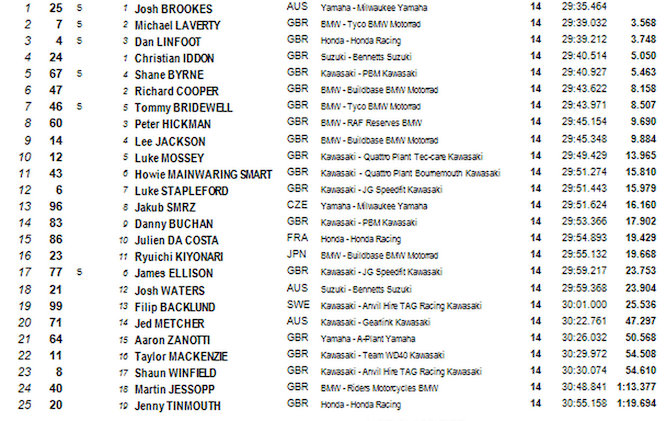