Milwaukee Yamaha boss Muir: "We have three options for 2016" 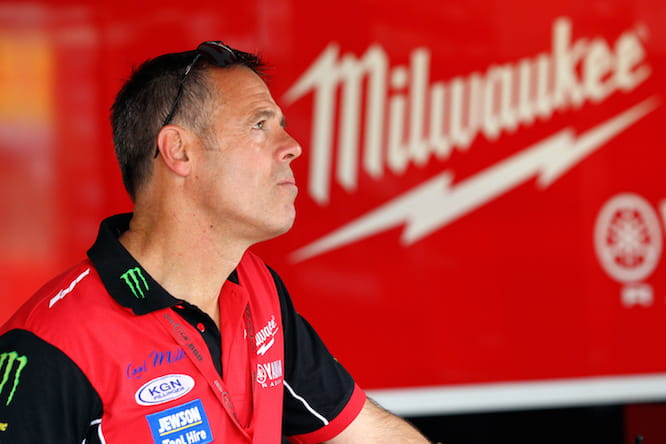 Milwaukee Yamaha boss Shaun Muir has said he has three options on the table for 2016 but has made no decisions just yet.

It was assumed the Guisborough-based team would move to World Superbikes next season to front Yamaha’s new factory effort but it later transpired that the deal would go to Paul Denning’s Crescent Racing squad.

This has left Muir in a tough situation but he says he has a number of options.

One is to stay in British Superbikes with Yamaha, a combination that has proven almost unbeatable so far in 2015 with Josh Brookes looking set to clinch the title in two weeks’ time at Brands Hatch.

There are still options in the World Superbike paddock but it’d mean switching manufacturer and ending his five-year relationship with Yamaha and Muir also says calling it a day is also something he is giving serious consideration.

“We did go for the World Superbike deal,” said Muir, speaking to Bike Social at Silverstone. “We were asked to pitch for it and we did. It was indicated that we would be considered so when we heard in July that things weren’t going to plan and other names popped up we were obviously disappointed not to get the call. We put a commercial package and structure together that we thought would work pretty good but it wasn’t to be. 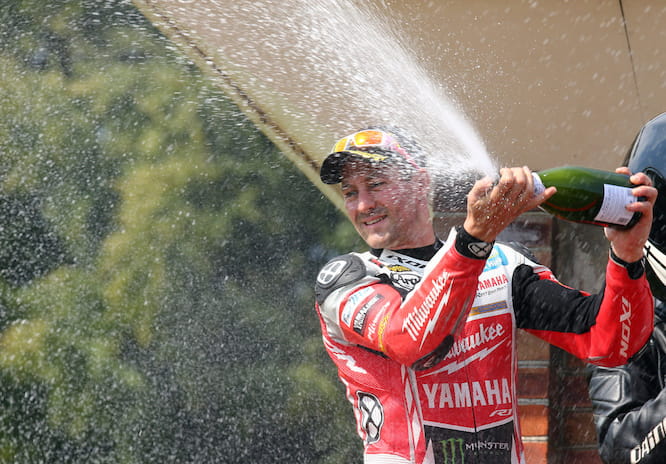 “Lack of experience was one of the reasons given but there has been no real explanation other than that to date. But that’s it, the book is closed, we won’t be with Yamaha in World Superbike and we’ll draw a line under it.

“It was disappointing for the team, the mechanics and everyone involved as we were ready for the challenge but we’ve got to take it on the chin and move on.

“We’ve got a relationship with Yamaha and we’ve got until the end of the year when the contract expires and that’s when we’ll make a decision on the future. I’ve made it public over the last few weeks that since the news came out that we wouldn’t be going to World Superbike but had put together a structure, sponsorship profile and package that would take us in World Superbike, we still have all of that just not the manufacturer so it goes without saying that there are other options.”

One of the biggest dilemmas Muir faces for next season surrounds sponsorship. Having had their appetite whet by the original Yamaha proposal, the Milwaukee power tools firm is still keen to step up to the world stage.

“I need to have discussions with my sponsors as to whether I let them go, whether I go with them or whether we go an alternative route. 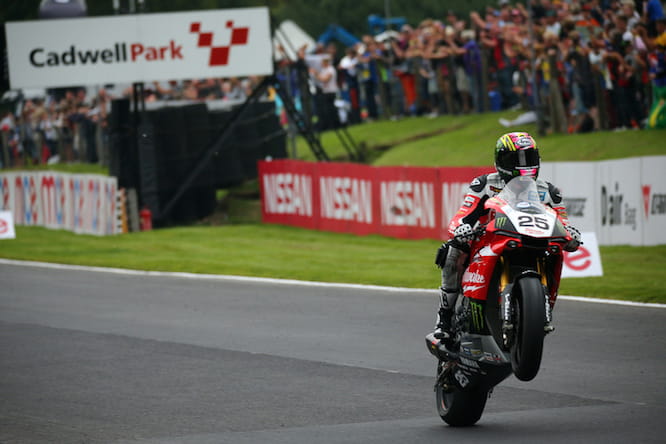 “We’ve not ruled anything out and it’s all purely down to the fact we had a vision to go and we’ve worked very hard with our sponsors over the last few years. We are reaching the end of a three year arrangement with our title sponsor Milwaukee, and it took an awful lot of work and negotiations to get those guys to step forwards to go to worlds and we’ve kind of hit a dead end now as their ambition is to go to worlds and our manufacturer’s ambition is for us not to go so there is a problem there. We can’t wait until 2017 or 2018 for that to happen so clearly I’ve got to get the manufacturer, whoever that may be, the sponsor, the rider, the championship and it’s all got to come together and be married.

“It’s not a bad option to stay in BSB with Yamaha. We’re loyal, and I’m not being presumptuous, there’s still a lot of work to do, but if we win this championship it will be two championships in five years. We’ve been a very economical team for Yamaha UK and delivering the results we have over the years we’ve probably exceeded the expectations from when we started in 2011. Everyone is talking about buying Yamahas now and it’s on the strength of the work we have delivered so we’ve done something right.”

Word in the paddock is that Muir is in talks with both Aprilia and Suzuki about the possibility of stepping up to the world stage next year. While he admits he has been approached, he says a decision is at least two weeks away.

“We haven’t made any decisions as to what we’re going to do. Yes, we have been approached and there’s a lot of press speculation and most of it is right. We’ve been approached by two manufacturers and we’re considering our options but we don’t know what that entails, it still needs more time for us to be in a strong enough position to say these things all stack up commercially and strategically. It could be that staying here suits us, or going elsewhere and equally, with all seriousness, we could call time on it. 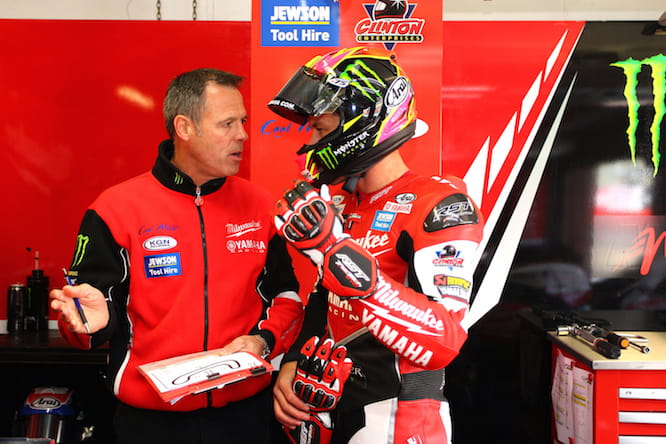 “I’m trying to be as diplomatic as I possibly can and respectful of the everyone who is sponsoring the team and everyone around us. In two weeks time I’ll be able to say these are the decisions I’ve made and these are the reasons why and up until then I’m not going to dwell on it any further than what’s already been said. Yes we’ve been approached by several manufacturers, yes we’ve got loads of riders talking to us and no we don’t know what we’re doing yet, and it’s one of three options including calling it a day. We are serious about that because I’m not going to run British Superbikes without a sponsor and my current title sponsor wants to go to World Superbikes.”

While Muir says no decision has been made as to where or what they will race, he’s a lot more open in regards to who he wants on the bike wherever they may end up…

“We made Josh a very good offer to stay with the team and that offer has been parked by mutual agreement due to the uncertainty about what we’re doing but what is clear that is if we choose not to race next year Josh definitely still has options. I want to keep him on board for sure to continue the good work we’ve done and it’d be a shame to stop that.”