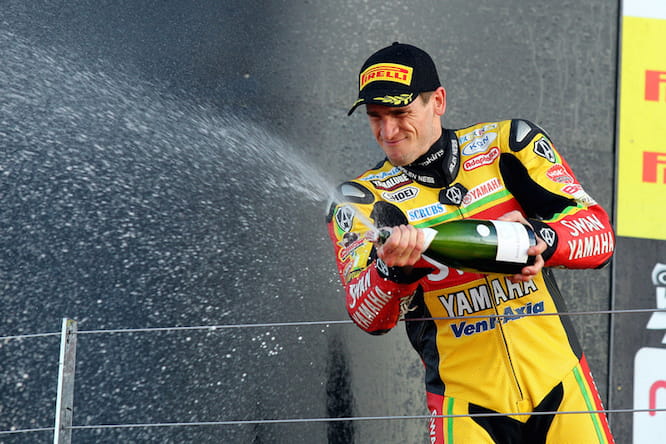 Former British Superbike Champion Tommy Hill will return to the series next year with his all new THM ePay me Yamaha squad.

Hill first returned to the sport in a team management role this year with BeWiser Kawasaki, but the deal didn’t work out for the 2011 champion who separated with the team ahead of the Cadwell Park round before the outfit subsequently went on to fold last week.

Now, Hill has pledged he will return to the series with an all new set-up – owned and managed by himself and has secured outsourced payroll provider ePayMe as a title sponsor.

“This project is something I have been working hard on over the past two to three months. To secure ePayMe payroll solutions as the official team partner is great news and to be working in conjuction with Yamaha as a fully supported team is the icing on the cake.

“I have had such a long career with Yamaha, starting with my first ever race bike when I was just six-years-old to winning the championship wuth Shaun Muir’s team in 2011. We have had a long and successful relationship together and I hope this can continue.

“After setting up a team in BSB last season, I know what it takes and that you also have to be realistic, but I have been able to take a huge amount of experience into this new project. I also have some great guidance and support from people who have been a huge part of my racing career and to have Yamaha and ePayMe support this new venture is fantastic news.

“I still have lots to finalise in the coming weeks and months, but I hope to get everything in place as soon as possible so we can be prepared to hit the ground running.”